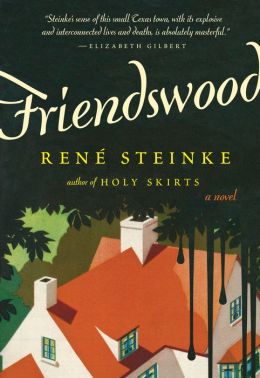 We meet the eponymous small Texas town of René Steinke’s Friendswood in the wake of a hurricane. The sun has come out for the first time in days and still Friendswood is agitated and unsettled, unwell. Containers of biohazardous chemicals buried by a local oil refinery have been unearthed by storm, and along with them, the insidious secret history of the medical catastrophe they’ve wrecked on the town. As Steinke opens Friendswood here, she begins a story not simply of disaster but of reckoning, asking if and how a community can recover from the ways it has poisoned itself.

As with her books Holy Skirts and The Fires, Steinke writes Friendswood with equal parts precision, lyricism, and compassion. (Only she could make me root for the hapless Bible-thumping real estate agent, Hal.) Aside from its many pleasures at a sentence and character level, Friendswood is also one of the best portraits I’ve read of life in the Bush-era West, where personalities may be outsized but social nicety is a delicate scrim laid over all manner of discontent–at least until it isn’t.  It was a pleasure to talk with Steinke about her phenomenal book and writing in the eye of the storm.

Emma Komlos-Hrobsky: Two main storylines draw us through Friendswood. Lee, whose daughter Jess has been poisoned by toxic oil byproducts leeching from the town’s soil, crusades to stop a literal cover-up and redevelopment of a Superfund site; teenage Willa, raped by members of her high school football team, sets her community reeling with news of what’s happened to her and begins seeing signs of the apocalypse. What made you want to place these two threads—eco-disaster and sexual assault—side by side? How do you see them illuminating each other? 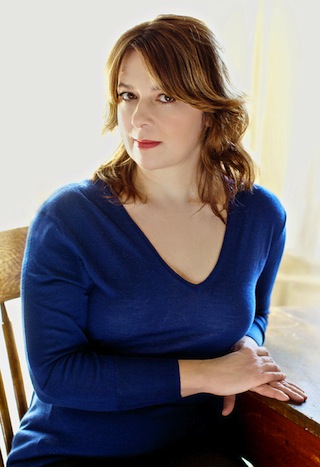 René Steinke: Although the two events are separated by time, they’re related thematically. When I began the book, I was fascinated by ideas of the Rapture, the popularity of all those Left Behind novels, and a certain feeling in parts of the country that the end of the world is upon us. Is that a wish for the world to end or is it a way for people to locate their fears about the present state of things? I’m not sure. But it seems linked to another kind of anxiety about the environment, the material future of the land, water, and sky. Willa’s visions of the beasts, which she thinks might be signs of the apocalypse, manifest her terrors, but sometimes she seems to be wishing for the apocalypse, as a way to escape the trauma of the assault. Lee, on the other hand, spends nearly every waking moment trying to preserve this particular space on earth, where she and her family once lived. In her own small way, she’s trying to prevent a different kind of apocalypse.

Finally, the novel tells the story of how this town failed to protect these two teenaged girls, Jess and Willa.

EKH: One of the emotional and intellectual thrills of reading Friendswood for me is getting to see multiple perspectives on a single event. As your narrative moves between the vantages of four different characters, there are these electric moments in which I see characters setting themselves on inadvertent collision courses or keeping secrets or feeling pain which is hidden to the others. The idea that there are two sides to every story may be an old saw, but it’s one I take with new heart here. How did you decide to write the book this way? And why using these four, particular characters out of all the ones in the book?

RS: Thanks, yes, I very much wanted the book to have that effect. The novel had that structure from the beginning—it intuitively seemed the best way to write about the ways that trauma plays out in a community, and it’s also a means to represent morally complex ideas. I think the structure also has a lot to do with my choosing to write about Texas, where an atheist lives alongside a Fundamentalist Christian, an environmentalist lives next to someone who doesn’t believe in climate change, etc. That’s partly why small-town Texas makes for good drama—it’s a version of America in a microcosm.

Also, I’m always most interested in writing about interior life, so I don’t like to write from the omniscient perspective— I don’t like to feel that distance between my narrator and the characters. So this is a way to have some of the sweep of a larger scale narrative, without giving up intimacy with the characters.

In the beginning, there were two other characters, aside from these four, but their stories began to feel too tangential to the story, so I cut those parts of the draft. I’m not entirely sure why these four characters in particular came to me. Lee and Willa, I suppose, have some of the same DNA as my previous female characters, Elsa von Freytag-Loringhoven in Holy Skirts, and Ella in The Fires. I think Dex and Hal were probably born from all the eavesdropping I’ve done in Texas—and it was thrilling to write for the first time from a male perspective. I think I settled on these four, partly for the balance between males and females, teenagers and parents.

EKH: I should ask, too, about the one time when you slip out of rotation between the perspectives of your four main characters to insert a chapter told from the point of view of Willa’s assailant, Cully. Why this disruption in structure, and why place it so late in the book?

RS: That’s the breaking point, really, in terms of tension, and I felt there needed to be some opening up of the structure, partly to complicate the questions that the story asks. Also, I wanted Cully to be kind of a rogue, chaotic element, not a monster (which I think would make his part in the rape easier to dismiss), so I needed to make sure he was fully realized as a character before he gets injured. Otherwise, what happens to him might be merely a punishment.

EKH: I loved the character of Willa and the idea of her visions. She seems to me to be drawn from a long and venerable line of young women who see too much or too far beyond the mortal coil– Joan of Arcs, Cassandras. What made you want to write about Willa? What makes her and her kinsfolk such potent characters?

RS: I’ve always been fascinated by mystics, and the women you mention, and also more contemporary women, who went to extreme lengths to pursue their spiritual calling, like Dorothy Day and Simone Weil. And the Baroness Elsa von Freytag-Loringhoven, the Dada artist and poet at the center of my last novel, is also squarely in this camp. These women are great characters because there’s an inherent conflict between what they see and what everyone else sees. Which vision of the world is more perceptive? In Willa’s case, I was trying to figure out whether or not the visions, as horrible as they are, also help her to get through the trauma. Do the visions serve a purpose only to the person who sees them, or do they reveal something more?

EKH: I feel like we’re at moment of cultural conversation not just about the way we as a nation think about rape, but specifically about the power dynamics at play in how we tell those stories. Were you thinking at all about this wider conversation as you wrote Willa?

RS: So many of my female friends have either been sexually assaulted or nearly missed being sexually assaulted that it seemed urgent to write about this. I think I wanted to stay away from the prurient details, which sometimes seem to take on this voyeuristic cast in news stories about rape (that’s one reason why Willa doesn’t remember the incident.) I wanted to write about a community’s part in all of this—what happens to the boys who are at the party and do nothing to stop it (they have sisters and might have daughters one day); what happens to the fathers and mothers who try to rationalize it away; what happens when there doesn’t seem to be any possible kind of justice. Also, sexual assault is deeply connected to our notion of what a woman should be, what she’s allowed to be, and the story needed to explore that line of thinking through different vantage points.

EKH: As a fellow westerner, it’s a particular pleasure to read something set on the far side of the Mississippi that’s nuanced and rich in the way that it handles setting, that’s not just a parade of Stetson hats. Texas already has such an outsized personality, and you’re writing about Texas at a moment in its time—2007—when I imagined it’d be particularly easy to slip into caricature. How did you steer clear of this trap? Were you conscious of pushing against certain images of Texas?

RS: Yes, absolutely. In some ways, this urge to present Texas more realistically was the first thing that pulled me to the book. It’s easy to write about Texas in outsized ways, but the truth is that of course, Texans are just as nuanced and complex as anyone else, and I wanted to honor that. But this was one of the main challenges of the book, because, well, there are those Stetson hats. My experience of Texas includes churches, high school football, country music, all of those iconic things, so I couldn’t leave them out, but I worked hard to write about them authentically. And I concentrated on the textures and details that underlie everything. I mean, I live in Brooklyn, which is also a place that people love to caricature—but I know that I’m not living inside a cartoon of a Brooklynite—no one lives inside of a cartoon. Everyone, no matter what his or her superficial appearance, has a specific and charged inner life, which may or may not be visible to others. And I think it’s my job as a fiction writer to be able to imagine that secret life.

EKH: You’ve said elsewhere that the people of the real Friendswood, your hometown, have reacted positively to the book. Has reimagining or reworking the real stuff of this place changed your perception of it at all? Were there things that the tongs of fiction let you see about it that you didn’t see before?

RS: I think more than ever, I have a sense of the mysterious connections among people in Friendswood, how its legacy and history keep people rooted, in a way that seems fairly rare these days. But the Friendswood in the book is really a fictional Friendswood, an alternate Friendswood, and that’s always how I feel about my source material by the time I’m finished, that I’ve made it into something else.

René Steinke’s most recent novel is Friendswood (Riverhead). She is the author of Holy Skirts (a National Book Award Finalist) and The Fires. Her articles and essays have appeared in The New York Times, Vogue, O Magazine, Bookforum, and Triquarterly. She is the Director of the MFA Program at Fairleigh Dickinson University, and Editor-at-Large at The Literary Review. She lives in Brooklyn.

Emma Komlos-Hrobsky is assistant editor at Tin House magazine. Her writing has appeared in Hunger Mountain, Web Conjunctions, Bookforum, and The Story Collider.