For the last several years, my mother has been working on a book about Moby Dick. Her working process is very particular; it consists of her breaking the book down, page by page, setting aside a three-by-five index card for each page, and then taking copious notes on both sides of the card concerning the page’s content. She plans to progress in this fashion, card by card, until she covers the entire novel. I don’t know precisely which edition she uses, but my Penguin Classics version of Moby Dick, including Melville’s opening section on the history of whales but not including notes, totals 624 pages.

My mother is not an academic. She was a lawyer before I was born, but quit to raise me and my brothers. She owned a bookstore for a while, briefly taught high school English, and now works at her local library. She has never been published, with the exception of letters to the editor, and has rarely, if ever, been paid for her work, but over the last twenty years she has read voraciously and produced a steady stream of literary production, from essays to poems to novels. My mother is a fan of literature, par excellence. She, more than anybody, taught me that writers are worth our admiration.

The last time I came to visit, my mother let me see the Rolodexes where she keeps her index cards. As I walked into her study I noticed several artifacts from my childhood – a metal Buddha that doubles as an ashtray, a jointed frog puppet that dangles on strings – and I remembered the sense of awe I’ve always felt entering her writer’s room: the atmosphere heavy with important cultural business. I felt the same way when I saw her strong, vigorous handwriting on the little cards, her particular combination of block capitals and underlining, her slanted intensity. 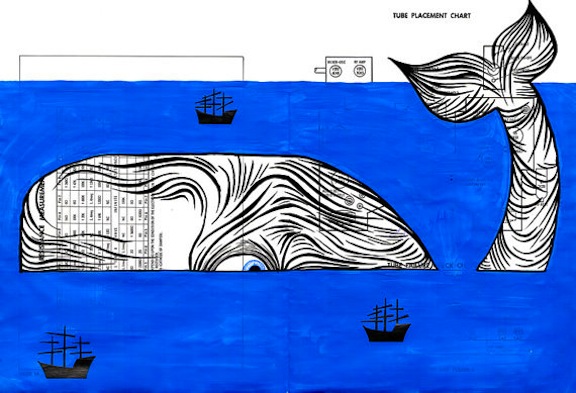 For a long time, my mother wanted to write a novel of her own. During my last year of high school she became intensely interested in the novels of J.M. Coetzee. She identified very deeply with the character of Elizabeth Costello, who she saw as a morally serious and uncompromising woman – not unlike herself. She liked the way Coetzee blended art and politics with his crisp, unadorned language. All told, her interest in Coetzee lasted more than four years, in which she read every one of his novels and took copious notes.

I was in my junior year at college when my mother finished her novel. She asked if I would give her feedback.

The novel arrived at my rental house in a large manila envelope. It was long; more than five hundred manuscript pages. Luckily I had just been fired from my summer job at the campus library for breaking into the depository after hours, so I had time on my hands. I went through her manuscript several times, making notes. In hindsight, I should probably have been more careful, or at least more sober; I was drinking too much at the time. I noticed she had a problem with editorializing – one I share – and that her sentences were sometimes so spare they felt naked, but the truth didn’t occur to me until the second pass. My mother was trying to write a J.M. Coetzee novel. Coetzee is not an easy writer to imitate.

After a week’s work I sent back the edited manuscript. I included a note, saying there were things I liked and things I didn’t, but that overall it reminded me too much of Coetzee. Probably I should have been more supportive, but she’s always been honest about my work, and I wanted to be honest about hers. Two writers in one family: not always the easiest situation.

My mother took my edits with remarkable grace, but they frustrated her. How could she possibly achieve something as good as the novels she idolized without stealing some of their tricks? How was she supposed to know what was her and what was Coetzee? She decided to scrap the novel she had sent me and start again, but failed to get traction on another project. She was often deeply discouraged. She didn’t want to be just a fan of literature; she wanted to be a writer.

Really, though, my mother’s problem is one most writers face. All of us write towards the books we’ve read; something in a novel obsesses us, and we reach for it in our own language, hoping to replicate the feelings it evoked. A great deal of literary fiction is really fan fiction, in the sense that it bears the unmistakable traces of the books we’re grappling with. Not all fans are writers, but all writers are fans; I think that’s a tricky statement. All writers start out as fans, and many of us bear visible traces of that fandom our entire lives. That’s what drove Proust to write his endless parodies of other writers’ styles, to get it all out of his system. You build a structure out of your influences, but eventually that structure becomes a cage.

A few years after I graduated from college my mother entered a new stage. She wanted to talk to me about Moby Dick: its extraordinary range, the way it created a microcosm of the country, its elaborate tapestry of essay, fiction, and drama. She talked about writing a book that could match up to it, and what form it might take. I confess, I was worried. Her previous attempts to write a novel had been painful for her, and I’d be lying if I didn’t worry for myself, too: her designated editor. In case you’ve forgotten, Moby Dick is long.

Then, one afternoon, she called me on the phone, sounding relieved. She had given up. She wasn’t going to try to write her generation’s answer to Moby Dick. Instead she would write a book about Moby Dick.

It seemed sensible to me. Her fiction was always fairly essayistic.

I noticed the difference right away. Instead of agony at trying to produce something which could measure up to Melville, my mother was full of excitement about illustrating the reasons why she had become so attached to Moby Dick in the first place. She was learning new things about the book every day, she said; new levels were opening up. Focusing on the whole thing page by page prolonged her reading experience, and deepened it. She wondered out loud if she would ever end this note-taking stage and start the real writing. Note-taking was so much fun.

Maybe my mother’s book on Moby Dick is a work of fandom, and not literature, but at least she’s honest about it. Hundreds of novels are published in America every year; some are fabulous and enduring, but the great majority of them are derivative and forgettable, a sort of fan fiction, dreaming of the novels they wished they could be. I should know: I’ve written at least one.

I don’t know if my mother will ever finish her book on Moby Dick. Maybe if she does the experience will serve the same function as Proust’s parodies, and she’ll be ready to produce a novel which will function as her generation’s answer to Melville. But as the years go by, and the notes pile up, I have become more curious about what she’s writing now than about the novels she might produce afterwards.

It’s all too common that a writer strives toward literature and ends up writing the equivalent of literary fan fiction. A book that actually replicates the experience of loving a piece of literature, on the other hand, of the sort my mother wants to write – that would be an uncommon thing indeed.

Sam Allingham is a fiction writer living in the western bluffs of Philadelphia. His fiction has appeared (or will appear soon) in a handful of print magazines, including One Story, Epoch, and American Short Fiction, and online at Web Conjunctions and n+1. He is at work on his first novel, The Girls in the Trees.

All illustrations by Matt Kish.