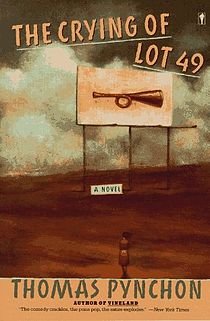 Pauls Toutonghi (Evel Knievel Days): When I was fifteen, I was deeply submerged in a hormonal sea — sinking, in crisis, failing out of school, arguing with everyone and everybody about everything. Midway through that year, two things happened. The poet Sam Hamill gave me the Copper Canyon Press edition of W.S. Merwin’s First Four Books of Poems.  And Nirvana released the album Nevermind.

I think that my fifteen year old soul was saved, quite honestly, by some alchemic combination of these two things. I became a fan — in the way that only a fifteen year old can — with impressively passionate ardor — and life-changing single-mindedness. I would read Merwin in my room at night and listen to Nevermind on my Sony Walkman. I intuited some solution, in these disparate sources, to my sense of existential despair. 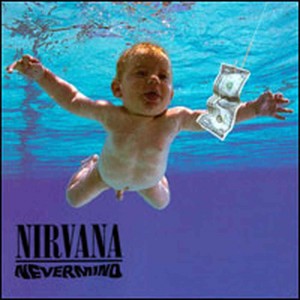 To this day I can identify any song off of that album in one note. It sounded — to me — like something human set on fire in the dark. And these three lines of this Merwin poem, “The River of Bees” — I have never been able to explain their effect on me.

“In a dream I returned to the river of bees

Five orange trees by the bridge and

Beside two mills my house”

There you have it. Whatever it was, it saved my life.

But the answer is no. I can’t get enough. I am a fan of writers’ houses and the reason is because visiting a writer’s house changed my understanding of Edgar Allan Poe, longtime one of my favorite authors. Soon I couldn’t stop visiting literary sites related to Poe, and not long after that I started revisiting them in chronological order from birth to death. And I started visiting other writers’ houses because I’d been so moved by the experience I had standing in an empty cellar that inspired Edgar Allan Poe’s “The Black Cat.” 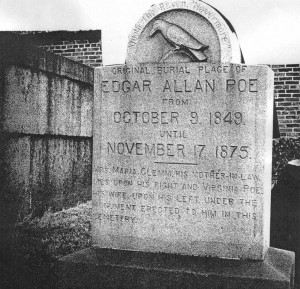 I have written about this moment before, but I was changed in the experience, and became obsessed by the moment. And writers’ houses have become a kind of fuel for me and my work. It was all unexpected. But when a moment arrives it’s important not to look away or ignore the feeling that you are being smacked in the face with something central to your being. Fandom, for me, is a phenomenon that has struck me rarely in life. I’ve never waited in line overnight for tickets to see a band, for instance. But I have slept overnight outside Edgar Allan Poe’s cemetery. And that’s the experience that gives me an understanding into the motivation of the fan. It’s about obsession, passion, and love. My very physical obsession of visiting writers’ houses is complicated, but at the root level, it is about my love of other writers’ words and the possibility of standing in the same space where those words were pulled from air. 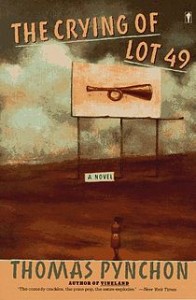 Jim Gavin (Middle Men): In college, while wandering through a book store, I picked up a copy of The Crying of Lot 49. I had never heard of Thomas Pynchon, but there was something haunting about the cover: a shadowy female figure gazing at a billboard that featured some kind of horn. I stood there and read the first chapter, thinking it was funny and bizarre. I kept reading and got to the part where Oedipa looks down on the “ordered swirl” of San Narcisco. The entire passage gave me a chill, capturing something mysterious and inexpressible about what Southern California feels like on an empty Sunday afternoon. I bought the book knowing, on some level, that an entire education was waiting for me.

Sean Bernard (Nuclear): How thrilled/dismayed were you a couple years ago, when prizewinning author Jonathan Lethem moved two blocks from your apartment? Did you reread and rerevel in the opening delights of Fortress of Solitude? The genre-bending Motherless Brooklyn? Were your walks past his craftsman home, your lingerings in the park across the street, your general interest in his daily activities maybe a bit much, even at first?

Did you admire his skater-style of dress? Did you think the little puff dog he walked in the park was a sign of femininity or, more likely, assured masculinity? Did you and your wife begin a ‘secret’ blog cataloging his daily activities? Did you test the power of your point-and-shoot’s zoom lens? Were blog commenters amused or did they think you were both really weird and creepy? Did you walk away more quickly on days he seemed to notice and watch you with what might have been curiosity or even maybe a little concern but probably wasn’t couldn’t have been alarm? Did you in a single sitting read his last book of essays with dismay and disappointment? Did it ‘push you to a breaking point’ in which you might have now looking back sure a little regrettably after a couple daytime beers wandered into the park and seen him from a distance and sort of yelled but not too loud just loud enough Motherless fuck shit Brooklyn shit fuck fuck? Did, as you half-ran away, promise to knock it off henceforth? Will you be getting a fluff dog soon?