It was the middle of the triathlon as race volunteers prepared to eject me from the course. Eleven weeks, three days and seven hours since the moment time divided into before and after. As I pedalled uphill, I didn’t consider the way my lycra outfit accentuated my colostomy pouch rather than concealing it, the hems of my shirt and shorts meeting at the place where surgical scars formed a lopsided tic-tac-toe board near my navel. I didn’t think about my friend Beth. My mind wasn’t even on my husband and children back home in Seattle. My brain focused on the clock: the hours that had gone by since the starting gun went off, the minutes remaining before the course would close, the seconds that would pass between the belief that I could make it, and the moment that I knew it was too late.

At dawn the world had been shrouded in fog. By mid- morning it had begun its slow retreat, the curtain inching upwards to reveal the craggy-rock Northern California coastline. In Seattle, we noticed the shortening of daylight, and foggy September mornings were common there, too. But this felt different, this cycling inside a cloud, the rain tiny needles pecking at my cheeks. The atmosphere pressed on me from all sides, like I was pedalling through honey someone had poured over my head and onto the road in front of me. In other words, I felt as I had for the previous six months as I cared for a newborn and a toddler, watched Beth die—first slowly, then suddenly—and tried to navigate the days since. They were endless, those days, or they evaporated. What did I have to show for them? I’d kept my children alive. I’d made it to the starting line of a triathlon.

I’d trained for the race with a group. But triathlons aren’t a team sport; on race day in California I was on my own, moving alongside people, but not with them. It was just me and the clock. No one told me that the clock always wins. 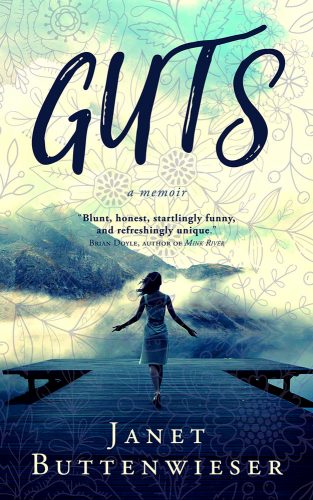 I crested the hill and looped around the turn, shifting and pedalling faster. This was my third lap of four and the repetition felt like being lost in a foreign city, trying to find a different road, but continuing to pass the same land- marks: the cluster of cheering teenagers ringing cowbells and blowing party horns, the Beachcomber Inn whose bill- board announced “Best Summer Rates” through the veil of fog.

In a triathlon, racers get divided into groups according to age and gender. Typically, the professional athletes go first followed by the age groups—men, then women, young to old. The California race varied this order with the pros starting their race last instead of first, entering the water two hours after the last women’s age group. Each section of the triathlon—the swim, then the bike, then the run—closed at a certain time so that the elite athletes could compete on a relatively empty course. The bike course was scheduled to close at 12:00. My heart dropped when I learnt this information the day before the race.

“I won’t be finished biking by noon,” I’d told the volunteer at the registration table.

“As long as you’re on the course by then, you’ll be fine,” she said.

I took a bite of protein bar stored in a case on the top tube of my bike and chased it down with a few sips of energy drink from my water pack. The night before the race, I pinned a laminated photograph to the pack. In it, Beth sat in her kayak on the Washington coast. As I held the pack’s straw in my mouth, a woman pedalled up behind me.

“Keep thinking about that person on your back that you’re racing for,” she said as she pulled alongside me, then ahead. “You’re almost there.”

I watched her pull away into the fog. She was right; I was racing in Beth’s honour. Had she been there, Beth would have been the person to say something encouraging to an energy-flagging stranger. She would have helped me out at the registration table the day before, getting me placed in an earlier start group so I’d have more time. On that day, as with so many in the past, shyness tied my tongue. Apparently I still operated as though Beth were by my side, bolstering my confidence to assert myself. When would it sink in that she was really and truly gone?

I looked down at the Ironman-brand watch my husband Matt had given me one Christmas, the kids not yet born, triathlons a new hobby. 11:50. Two minutes later I approached the turnaround for my last lap, past a throng of people yelling loudly at their family members and friends. It wasn’t until I was nearly to the turn that I noticed race volunteers waving their arms at me, pointing toward the exit chute. Behind them lay the electronic mat that synched with the timing chip around my ankle to record my laps. Each time I rode across it I felt like a baseball player tagging home plate. There was something between me and the mat, though: a black mesh fence stretched across the road. A barricade. One more lap. But not for me.

The race volunteer pointed toward the exit.

“You have to get off the course.” The professionals were starting their race, and I’d been too slow to make it around the bend in time. If I stayed on the road, I’d be in their way.

Every other cyclist headed in the direction of the volunteer’s finger, most having completed all four laps. I was in the middle of the road. If I stopped to argue I would cause a crash behind me. I pedalled to the dismount area, stopped, climbed off my bike. My legs shook, my heart knocked loudly against my chest. A lump rose in my throat, as though the adrenaline coursing through my body had gotten stuck in my oesophagus.

I hung my bike back up in its designated spot on the rack. I slid my pack off and lay it underneath my bike, Beth’s photo facing skyward. It took me extra time to do this, but what did it matter at that point? I grabbed my running hat from underneath my bike. I used the Porta Potty, no toilet paper left, and made my way through the crowds of younger, faster people who started before me and were already done. Finisher’s medals hung around their necks. Was I even going to get one, with my bike ride cut short? If I couldn’t make it through the race, I wasn’t sure how I would get through the weeks and months to follow. Was I not able to do anything for Beth, even now, even this?

Maybe a siren would go off as I crossed the finish line.

“Too slow on the bike!” the triathlon police would yell to spectators as they took me away.

I could already picture the dreaded designation next to my name on the race results sheet: DNF. Did Not Finish.

Janet Buttenwieser’s memoir GUTS was a finalist for the University of New Orleans Publishing. Her work has appeared in The Rumpus, Potomac Review, The Pinch, Bellevue Literary Review, and elsewhere. She holds an MFA from the Whidbey Writers Workshop and was a 2017 Seattle7 Writers Sorting Room Resident. Janet was a Tin House Summer Workshop participant in 2008, 2013, and 2016.