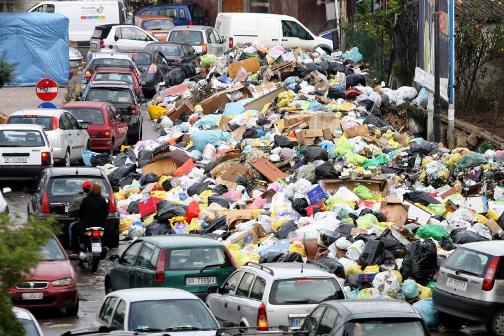 Hitting the streets of my boyfriend Vincenzo’s native Napoli—magnificent, gritty, wacky—has been a regular event for seven years where he has been my gangland tour guide. Over these past months, between eating absurdly divine food with his family and then more of it, we found time to catch up on local corruption. The Camorra, the Neapolitan branch of the Mafia, has been hard at work these past years to let everyone know who rules what where. From the dregs of your espresso cup to silky straps of your camisoles, you’ll find organized crime up just about any alley in Napoli.

For Vincenzo, as with all Neapolitans I’ve met, the Camorra, for all its bravado, is an intimate matter not discussed with outsiders—meaning anybody from farther than ten kilometers outside of city limits. Ask them about it and they’ll shrug: just a basic part of city structure like the impressive number of apron-wearing widows and caffe-bars. Try speaking Neapolitan dialect with them. It’s like wearing someone else’s underwear: although it may be your size, it makes everyone a little edgy and uncomfortable. 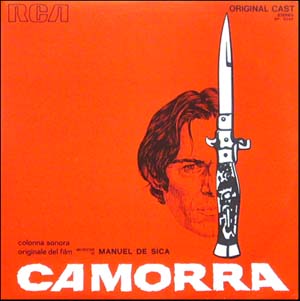 So, in the spirit of trying on foreign garments, I have decided to give you a post-Capodanno apocalyptic linguistic debrief of common Camorristi terms from Napoli, the city whose legendary birth mother is Parthenope, the wronged siren who washed up on the shore of the Bay of Naples about a zillion years ago and created chaos.

Casal di Principe—decrepit little cement town twenty kilometers from Napoli. In addition to the card player who was shot down Sunday morning at a local social center during a card game, the city boasts the highest murder rate in Europe as well as tasty coffee on the main drag.

il corno—Symbol of good luck and fertility, representing the penis. Found on key chains and handy metal or ceramic talismans that fit in your pocket. Important: if someone gives you the malocchio (the evil eye), stroke your corno to undo hex or rub it on your face after the person has passed by. Do not wait. Remember that the corno is not a red pepper.

la puttana—a prostitute and the second half of the name in the famed pasta dish pasta puttanesca. Both ancient history, both children of Napoli.

il prestanome—A sort of figurehead or dummy corporation. The Mafia needs clean names and asks someone not involved in organized crime to open a new business under their personally clean name; the Mafia provides money for this business, you smile and rock up like it’s all yours. You literally prestare, lend, your nome, name.

una caporale—Someone who works for the Mafia and finds people to work for them,

often of Polish or African descent. For example, those who work for the caporale make 30 euros per day and the Camorra pockets at least a third of it.

Roberto Saviano—writer with death warrant for exposing the names and practices of the Camorra in his 2006 book, Gomorra.

la sfogliatella—traditional triangular-shaped Neapolitan pastry that is not too sweet, made with semolina and flaky layers of dough. The mix of nuts, butter and thickness is the essence of Napoli.

MEGLIO MORTO CHE PENTITO!—BETTER DEAD THAN COLLABORATOR! A pentito is a Mafioso collaborating with authorities. Most of the time they are in prison or in hiding and protected by justice. You’ll find this saying on a t-shirt displayed in the front window of a shop in Castellemmare, a nearby town, or perhaps you fancy IMINMIAMIBITCH.

chiavare—(from the word chiave, “key”) in Neapolitan, “to key somebody to death,” meaning to royally fuck them.

la pizza—Something you put in your mouth.

gun—Something someone else puts in your mouth.

uno encensurato—Someone who has never had problems with the law. Someone who is “insured” in some way and good for the Mafia to work with.

Halloween—Though not an important holiday, it is a good night for the Camorra to get dressed up and get to work in a witches’ mask, black cape and shoot someone in front of a Napoli Soccer Fan Club, seven bullet casings, city center, two others injured. The murdered person was ‘involved’ with the Mafia and possible cigarette trafficking (big business involving old widows too: don’t be fooled by their cute hand-knit shawls).

‘E Riavulille (Neapolitan dialect)—the little devils, number 77 in the Smorfia, the ancient number system of luck and love, related to the Cabala.

L’immondizia—the big business of trash. (For verification, check streets of Napoli and surrounding towns for past fifteen years.)

Annalisa Durante—collateral damage from a Camorra-related drug dispute. Fourteen-year old Annalisa stood on her front porch nattering with friends in one of the poorest areas of the city, Forcella, the Devil’s Fork, and was shot in the head by Camorristi on Vespas.

Ruby Rubacuori—Ruby the Heartstealer, one in a happy gaggle of Berlusconi’s burlesque underage showgirls.

I Falchi—The Falcons are police on motorcycles who patrol the tiny twisted alleyways of Napoli.

la pallottola vagante—When a bullet goes ping where you weren’t expecting and wounds or kills someone, like the bouncing bullet on New Years Eve a couple years ago in Napoli in a courtyard; you wake up, and boom boom boom: somebody’s dead.