The Glass Eye begins, refreshingly, with a happy childhood. At the heart of this stunning debut memoir is Jeannie Vanasco’s love for her father and, after his death, her conviction that if only she can understand his experience of grief, she’ll come to terms with her own. And so she delves into the loss that clung to her father throughout his life: the mysterious death of his other daughter, the half-sibling after whom Jeannie is named. Weaving childhood memories with fragments from her turbulent early adulthood, in and out of hospitals, Jeannie crafts a narrative that’s at once intimate memoir and a literal investigation into her half-sister’s death.

Not long after The Glass Eye went to the printer, Jeannie sat down with her editor, Masie Cochran, to discuss the risks of writing memoir, balancing dark themes with happy memories, and not worrying (too much) about your audience. 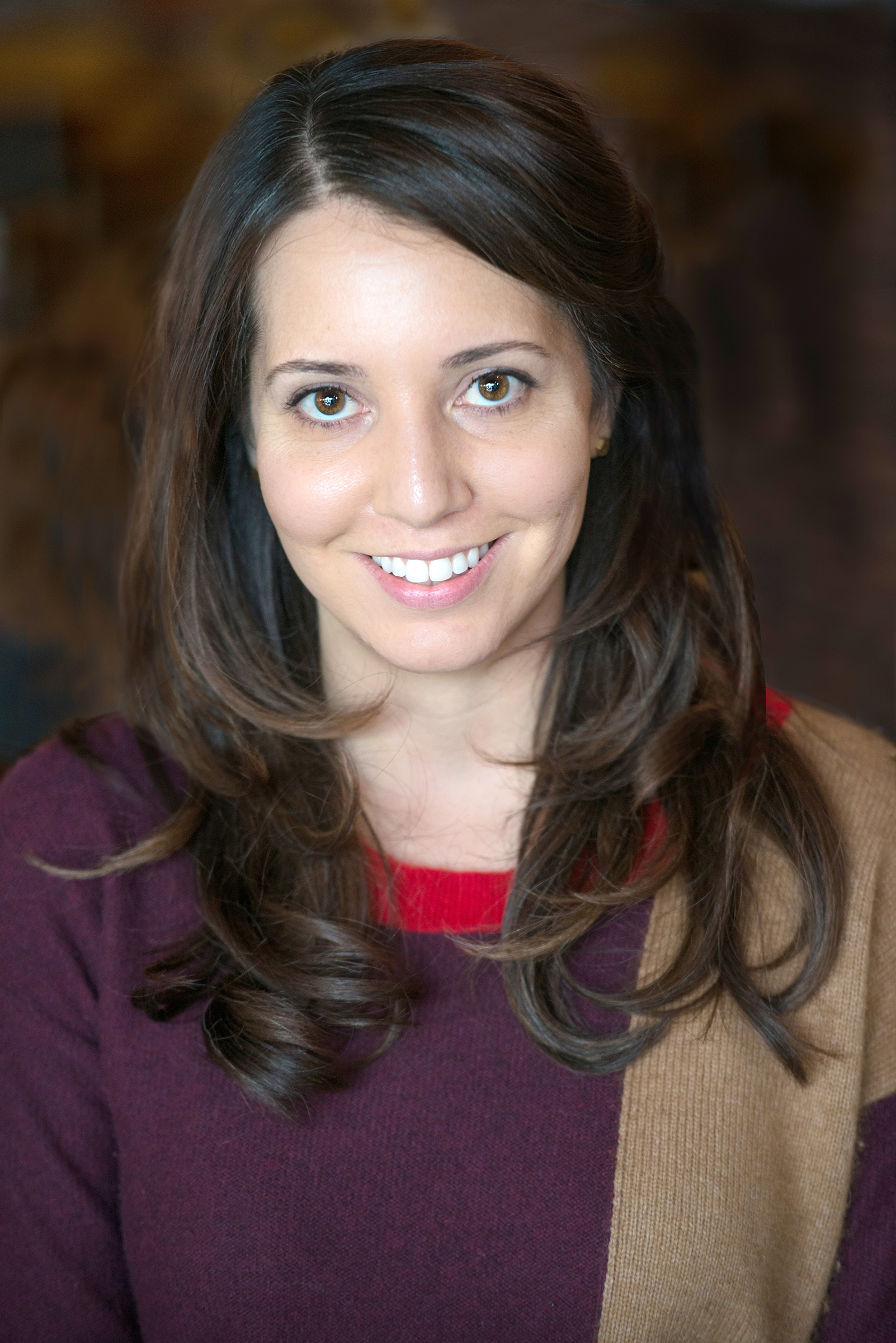 Masie Cochran: What was your initial goal in writing The Glass Eye?

Jeannie Vanasco: The night before he died, I told my dad I would write a book for him. I wanted him to die knowing that I would never stop loving him, that he would not be forgotten. But I didn’t expect to promise him a book. The words just came out. They surprised me. I was eighteen when he died, and I was twenty-seven when I started writing The Glass Eye as memoir. In the years between, I tried to fulfill the promise through poetry and fiction. I even attempted a mafia novel set in the 1930s and told in the point of view of a boy loosely based on my dad—all because my dad loved books about mobsters. That’s how much it never occurred to me to write a memoir. It’s not that I objected to the genre on principle or anything. I simply didn’t see it as a possibility. What memoirs I had read usually involved bad parents. I think that’s why I avoided the genre for so long. I didn’t think that my central intention—to show my love for my dad—fit within the genre.

MC: Though there are certainly dark themes in The Glass Eye, at its core is a happy childhood. How did you strike this balance?

JV: In early drafts, I didn’t think about the balance. I didn’t think that I needed to establish my happy childhood. My parents showed me love before I even knew the word love. That’s how lucky I was. Also, the happy memories were hard to reconstruct emotionally. I think that’s why some memoirs about grief focus on the death and its aftermath instead of the life. Memories of my dad braiding my hair, building my dollhouse, drinking invisible tea with me in my playhouse—those sadden me far more than the memory of him in his coffin.

Hallucinations make for a gripping read, but had chapter one been set in the psych ward, the book’s tension would be lost. Instead of a grieving daughter, my character would be and always be a walking DSM entry. The reader would question which diagnosis I had, instead of seeing my behavior in the context of my grief. Not surprisingly, agents and early readers pressured me to open with my first hospitalization—and from a marketing point of view, sure, it makes sense. But I like that the reader doesn’t see me in the psych ward until page 131. For a long time, my psychotic episodes felt like proof of grief, and that’s why I included them. But if I want the reader inside my head, it’s best if the reader is with me when I’m lucid and not hallucinating that my eyes have fallen out.

MC: You expand readers’ definitions of grief throughout your memoir. Why was it important to you to do so?

JV: I was twenty-nine when a psychiatrist finally acknowledged my grief. Turns out, complicated grief had just been added to the DSM. Until then, every one of my doctors had viewed my experience as an either/or thing: you were grieving, but now it’s about the mental illness. But after one psychiatrist acknowledged my grief, my dad’s death became an important part of my medical records and my treatment. That’s why I’m an advocate for complicated grief being a diagnosis. It’s not about simplifying or pathologizing grief. It’s about acknowledging it.

MC: The Glass Eye turns into a literal investigation as you look into the details of your half-sister’s death. At the time, did you know this sleuthing would be a part of the memoir?

JV: In a novel that I tried to write—back before I ever considered writing a memoir—Jeanne appears in one line: “My dad named me after his dead daughter from his first marriage and a soap opera star he liked.” She was part of a throw-away line meant to be amusing. It was exploitive. For the memoir, she needed to exist beyond one sentence—because I wanted to understand my dad and his grief.

But I never thought that I’d walk inside the house where she lived or visit her grave. I think that’s when I started to see her as a human being and not as a character in my manuscript. Suddenly I was grieving her, but how do you grieve someone you’ve never met? Is it even okay to do that? I felt intensely guilty about having any feelings about Jeanne. The whole reason I included her is because I was trying to understand her death’s impact on my dad. I thought that if I could understand her, then I could understand him. For a long time, it didn’t occur to me to understand myself.

MC: Some of the most powerful passages detail mania. Was it hard to write coherently about times in your life that were anything but?

JV: Yes, definitely. Writing about mania sometimes triggered mania. I think that’s because I wanted to describe my episodes in evocative, unusual ways. Instead of DSM language, such as “flight of ideas” or “experience that thoughts are racing,” I described my racing thoughts as “a flock of birds scattering from a field.” But I felt a real ethical dilemma in trying to sound capital-L literary. So I tempered the tone. I used contractions. I stopped trying to sound poetic in every sentence. I didn’t want to romanticize mental illness, though I sort of hope The Glass Eye is something sensitive bookish teenage girls bring with them to the psych ward, along with Girl, Interrupted and The Bell Jar. From my experience, there’s always a young female patient with one of those two books. But I want those girls to see that meds helped me finish a book. Untreated mania slowed me down creatively.

Of course, it’s sort of nerve-wracking to think of strangers and mild acquaintances reading my passages about mania and psychosis. I’m someone who will change her clothes in front of an open window. Not because I want people to see me naked. My God, no. I do it because I assume no one is looking. And it was that sort of thinking that made drafting the memoir possible. Had I thought about audience in the early writing stages, I never would have finished.

MC: You’ve been compared Maggie Nelson and Meghan O’Rourke—are these writers influential? Are there any other books that were touchstones for The Glass Eye?

JV: Maggie Nelson and Meghan O’Rourke are two writers whose work I really admire. The first poem that I read by Meghan O’Rourke begins: “My poor eye. It has done / so much looking.” I almost used that for my epigraph. I admire the lyricism in her poetry and her memoir. And as soon as I finish this Q&A, I’ll be drafting lesson plans for Maggie Nelson’s The Argonauts. Every time I teach her writing, I notice something that I didn’t notice before. I naturally gravitate toward formally inventive books like hers.

As for touchstones, it never occurred to me to write memoir until after I read Darin Strauss’s Half a Life. I own two copies because the first is unreadable from all my marginalia and post-its. Also, I found novels instructive, particularly Christine Schutt’s Florida and Justin Torres’s We the Animals. Their sentences are nonstop breathtaking.

The Soul of a Naturalist: An Interview with Sy Montgomery