Set in New York City and New Jersey on the cusp of the financial crisis, Ghosts of Bergen County is a literary mystery with supernatural elements. It is a tautly paced and intricately plotted story in which collective burdens manifest into hauntings. Here, Dana Cann chats with his editor Meg Storey about his debut, self-doubt, writing with empathy, and haunting his characters.

Meg Storey: What was the initial impetus for writing Ghosts of Bergen County?

Dana Cann: The idea for this novel began, as many of my works begin, as a dream: a friend and I take heroin, shoplift in a mall, and are chased by store security. It felt important, this dream. After a couple of false starts, I discovered Ferko, a private-equity misfit whose daughter was killed in a hit-and-run. The scene based on my dream occurs about a quarter of the way through the novel. 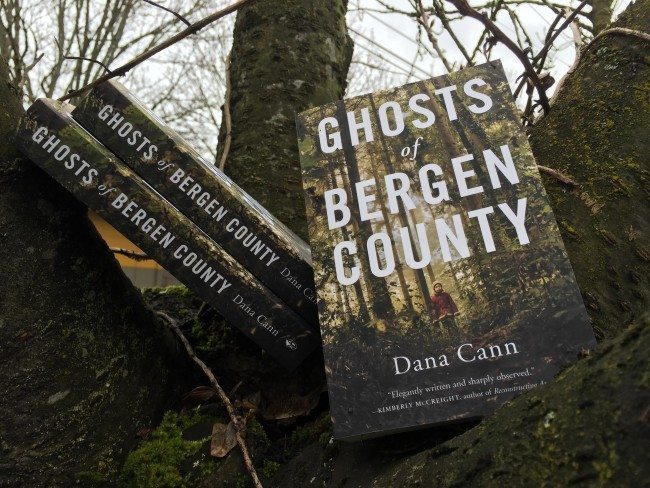 MS: You write about heroin addiction in a very empathetic way. How did you approach writing about drugs and addiction?

DC: One of the fundamental requirements for a writer, I think, is to have empathy for the people he or she writes about. Unfortunately, empathy is hard to find in a lot of media. All one needs to do is turn on the television or go on the Internet—any channel or site with talking heads, sound bites, or memes—to find a lack of empathy. It’s why books are more important than ever, even as these same media sources tell us that books are less and less relevant.

Ferko’s decision to use heroin is an impulsive one, which makes it interesting. As I was writing I knew I had to get to that scene early in the novel, yet I dreaded writing it, afraid I’d get it wrong or couldn’t pull it off. My self-doubt as a writer dovetails nicely with Ferko’s self-doubts.

When I first set out to write a novel about characters who use heroin, I had a difficult time getting past the junkie stereotype. Then I read Ann Marlowe’s memoir, How to Stop Time: Heroin from A to Z, where I found fully functioning people who happened to use heroin. This revelation helped immensely.

MS: In the novel, ghosts haunt places rather than people. Is there a reason you chose to set the story in the places you did? 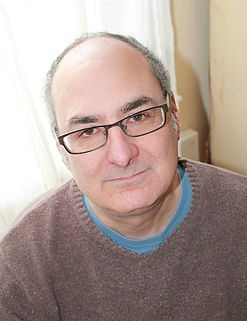 DC: Ghosts is set during the summer of 2007, just before the financial crisis, in Manhattan and the New Jersey suburbs, in about equal parts. Manhattan, of course, is a fantastic place. I’ve never lived there but I’m convinced I did in a past life. The city has always felt manageable to me, and I’m always surprised, given its size and surface chaos, how ordered everything is, how everyone has a role to play and plays it well. At least that’s my impression as someone who’s visited a couple times a month over many years.

I’m a product of the suburbs, and many of my stories are set there. Most of the suburban scenes in Ghosts take place in one of the few undeveloped spaces that suburbs offer—a small stand of trees that buffers one developed area from another. There’s a riff that runs through the novel about silence and negative space. These remaining stands of trees, it seems to me, are the suburban equivalent of negative space in a visual composition, and it’s no coincidence that the ghost, Amanda, and Mary Beth are drawn to such a place.

MS: Do you believe in ghosts?

DC: I’m a spiritual person, though not in an organized religion kind of way. I believe in a higher being, and I believe we’re all connected in ways we don’t, or perhaps can’t, fully understand. I believe that that connectedness extends in infinite directions, including between past and present.

MS: Amanda’s character comes across very much as a living girl. What did you hope to capture through a character who is a ghost?

DC: I hoped to write a believable ghost. I wanted Mary Beth and Ferko to believe, and I thought if I could pull that off then the reader would believe as well. I’ve read too many stories where the spirits are vague, where the author is hedging, not quite sure whether a phenomenon should be believed or not. I didn’t want to hedge with Amanda, and I felt the best way to commit myself was to make Amanda as real a six-year-old girl as I could, but one with certain aspects—her clothes and hair, for instance—that are a bit off. These are the details that plant the seed. The seed takes root and grows and becomes viable in its own right. That’s the theory, anyway.

MS: Ghosts of Bergen County employs three characters’ points of view—one male and two female. What are the challenges of writing across gender?

DC: I’m not sure how to answer this question except to say that if I’ve got the characters down—meaning I know enough about them to know their histories and motivations—then I can write from their points of view. I’m able to do that across gender. Maybe some writers cannot. Some writers can write across race. That’s been a trickier proposition for me.

MS: Were there any books or writing styles that influenced Ghosts of Bergen County?

DC: I took my first short story workshop in 1991. I wasn’t much of a reader then, and I went into the class without a working knowledge of the contemporary literary landscape. Although he died in 1988, Raymond Carver was still the leading light in American short fiction at the time, and I fell in love with his writing. He’s probably my biggest influence. I still favor short sentences and spare descriptions. Like Carver, I’m a realist, though there’s an interesting tension, I think, gained through telling a ghost story—the sort of story one typically associates with fabulists like Kelly Link or Karen Russell—through a realist’s aesthetic. I like the fabulists, too, and they certainly influenced Ghosts of Bergen County. 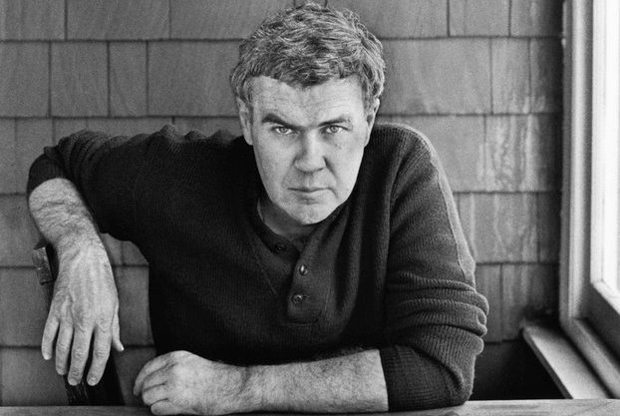 MS: One theme of the novel is the idea that those who are haunted share a collective burden for a ghost. Can you talk a little about what you mean by “collective burden”?

DC: Actions (and inactions) have consequences, good and bad. I’m not a Buddhist, but that’s a Buddhist concept—karma.

The collective part is more interesting because it involves groupthink. When two or more people conspire either explicitly or implicitly to act (or not act), and the consequences of such actions or inactions are negative, the dangers often amplify. In the world of my novel, the burdens shared by the group amplify through hauntings.

MS: Another theme is the fine line between fate and coincidence, what brings certain people together at a certain time and place. Did you have a sense when you started the book of how the characters’ lives would entwine or were you surprised by some of the connections?

DC: The best part of writing is discovering the story through the process. I began this novel with the thinnest of threads—the single image of two heroin users shoplifting in a mall and being chased by security. I’d been toying for some time with writing about a hit-and-run, and this quickly became the novel’s main plot thread. But it wasn’t until I was halfway through that I recognized that, of course, Jen had her own story, which paralleled in certain essential ways Ferko and Mary Beth’s story, and I went back to the beginning to fill it in. This was a surprise. A very pleasant one.

DC: I’m working on something speculative, science-fictiony, about an aging NASA scientist with a wicked rash who suspects that aliens are orbiting Earth, drawn by our electronic signals. It feels like a longish piece, though I’m not sure yet if it will be a novel.

Dana Cann was born in Santa Barbara, California, and raised in the Maryland suburbs of Washington, DC. He’s worked in commercial banking, corporate finance, and restructuring. His short stories have been published in The Sun, The Massachusetts Review, The Gettysburg Review, Fifth Wednesday Journal, The Florida Review, and Blackbird, among other journals. He has received fellowships from the Virginia Center for the Creative Arts and the Mid Atlantic Arts Foundation. Dana earned his M.A. in Writing from Johns Hopkins University. He lives in Bethesda, Maryland with his wife and their two teenage children. Dana teaches fiction workshops at The Writer’s Center. Ghosts of Bergen County is his debut novel.

An Interview with Matthew Specktor, author of American Dream Machine