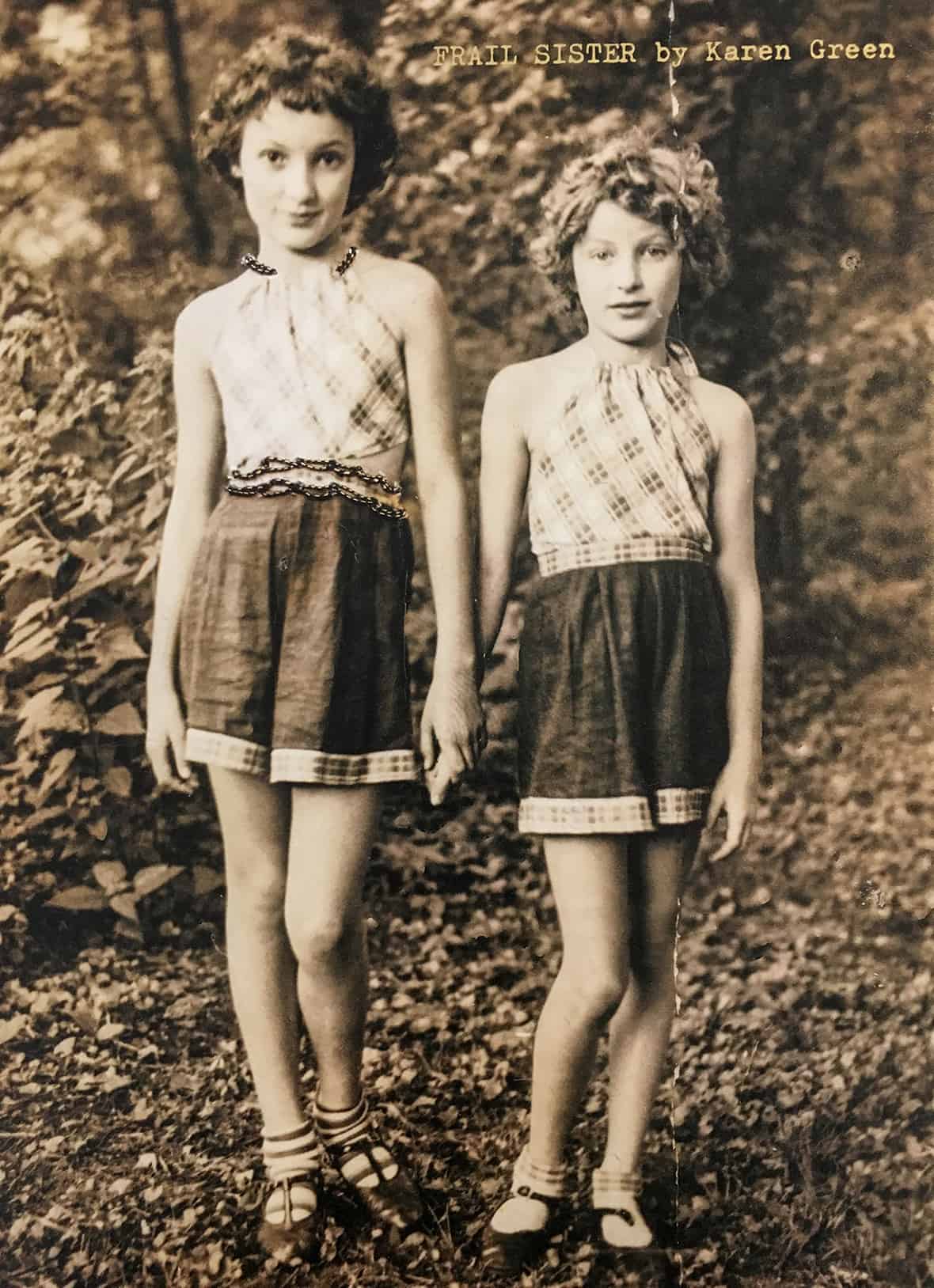 There is a growing movement, particularly among female writers, to push back against the notion that the worlds of writing and art must remain discrete.

Increasingly, female writers, tired of obeying rules and honoring the boundaries set between art and writing, are rejecting them as not just false and gendered, but also potentially lethal to one’s creativity. Faced with narrative forms that are frankly inadequate to the scope of their creative vision and the size of their ambition, female writers are blowing up traditional story telling structures and rebuilding them in their own image, as hybrid text with embedded with images. Necessity, as they say, is the mother of invention.

Karen Green is one of the standouts. To label the activity one is engaging in when they experience Green’s book Frail Sister as simply reading is to vastly undervalue it and rob it of mystery.

Which isn’t to say one can’t read the book at a gallop, racing ahead to find out what happens next, but I’d advise going slowly, taking in every page, letting the weight of it settle in you, engaging with the book as a living text. Which is what it is.

The inspiration for Frail Sister’s Constance Gale was Green’s own Aunt Constance. Looking through the family’s archives, Green was troubled by the realization that there was almost no evidence of her aunt having lived at all. Her presence in the family most significant in its absence. So Green set about constructing a history for this aunt she’d never known, out of the few mementos and letters that survived her.

Through a series of letters Connie writers to her sister, her closest confidante; notes and postcards from the soldiers she met on tour; caption-less photos; portraits of “Jane Does,” their profiles stitched with thread; and artifacts—a braided lock of hair, newspaper clippings, a dinner menu on which is written the recipe for an abortifacient—we puzzle out the events that make up Constance’s life story.

Half of a sister act—she and her sister, musical prodigies, are put to work to support their family during the Great Depression—as a teen Connie tours with the USO, entertaining the troops in Italy while also doing her part to personally boost morale. After the war Connie ends up in New York City on the skids, and it is here that she vanishes. Connie’s letters and notes aren’t dispatches from the underworld, but communiqués from the present, pleading, don’t forget me, don’t let me go.

In giving voice to Constance, one of a world of women who are, every day, erased, discarded, destroyed, and forgotten, she is honoring the lives of so many other lost and forgotten women.

The cover of Frail Sister is taken up entirely by a portrait of the girls in matching costumes—halter tops, shorts, and Mary Janes—posing as if on stage, holding hands and gazing back at us, awaiting our applause.

Constance’s expression is a little flirtatious, like she wants please, to be thought pretty. A careful reader will recognize this moment, although we did not see it taken, we know who took it. It is one of those moments that bridge the present and future, these girls are alive in the moment, and they cannot possibly know what the future holds for them. A reminder to us that life is fleeting. 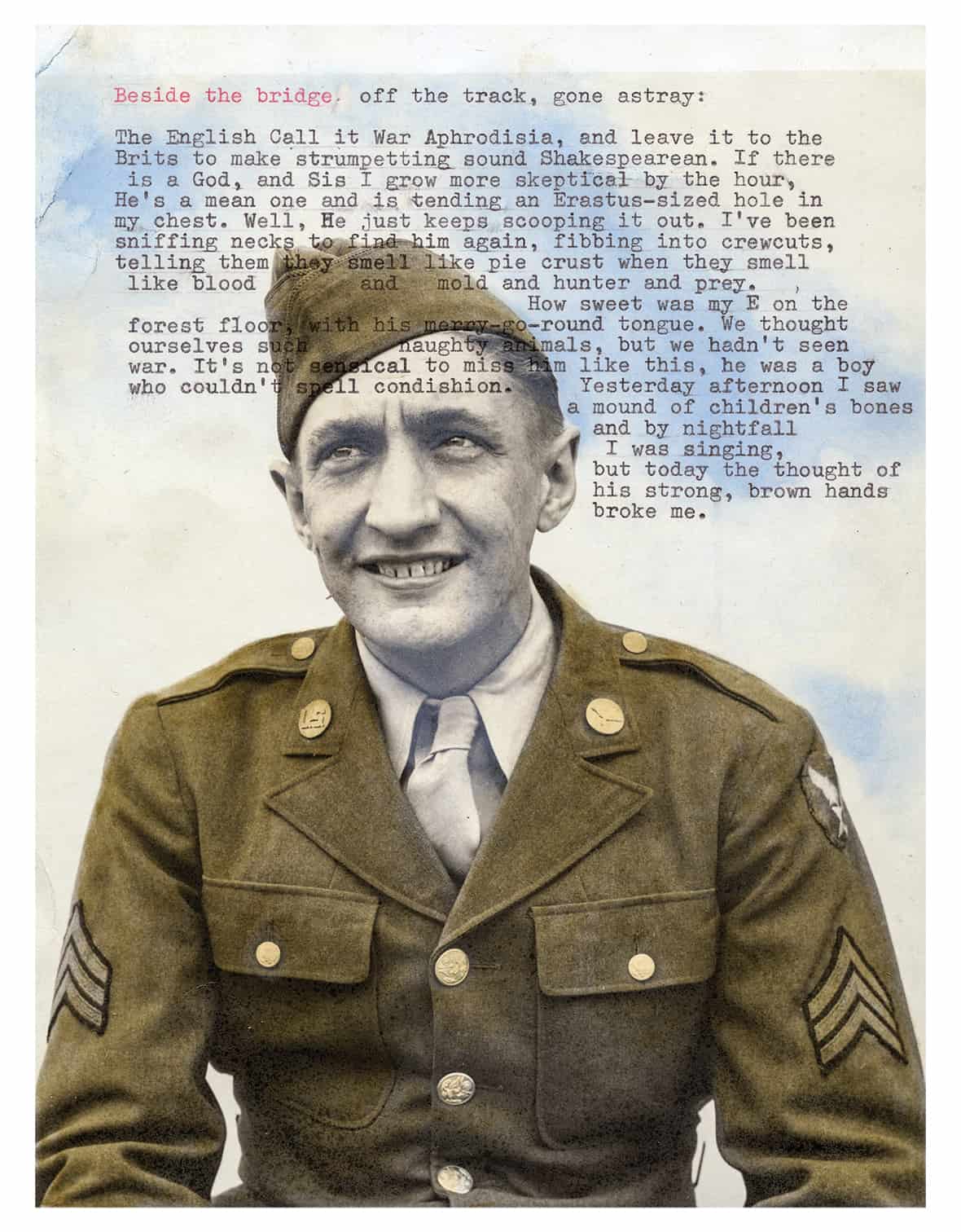 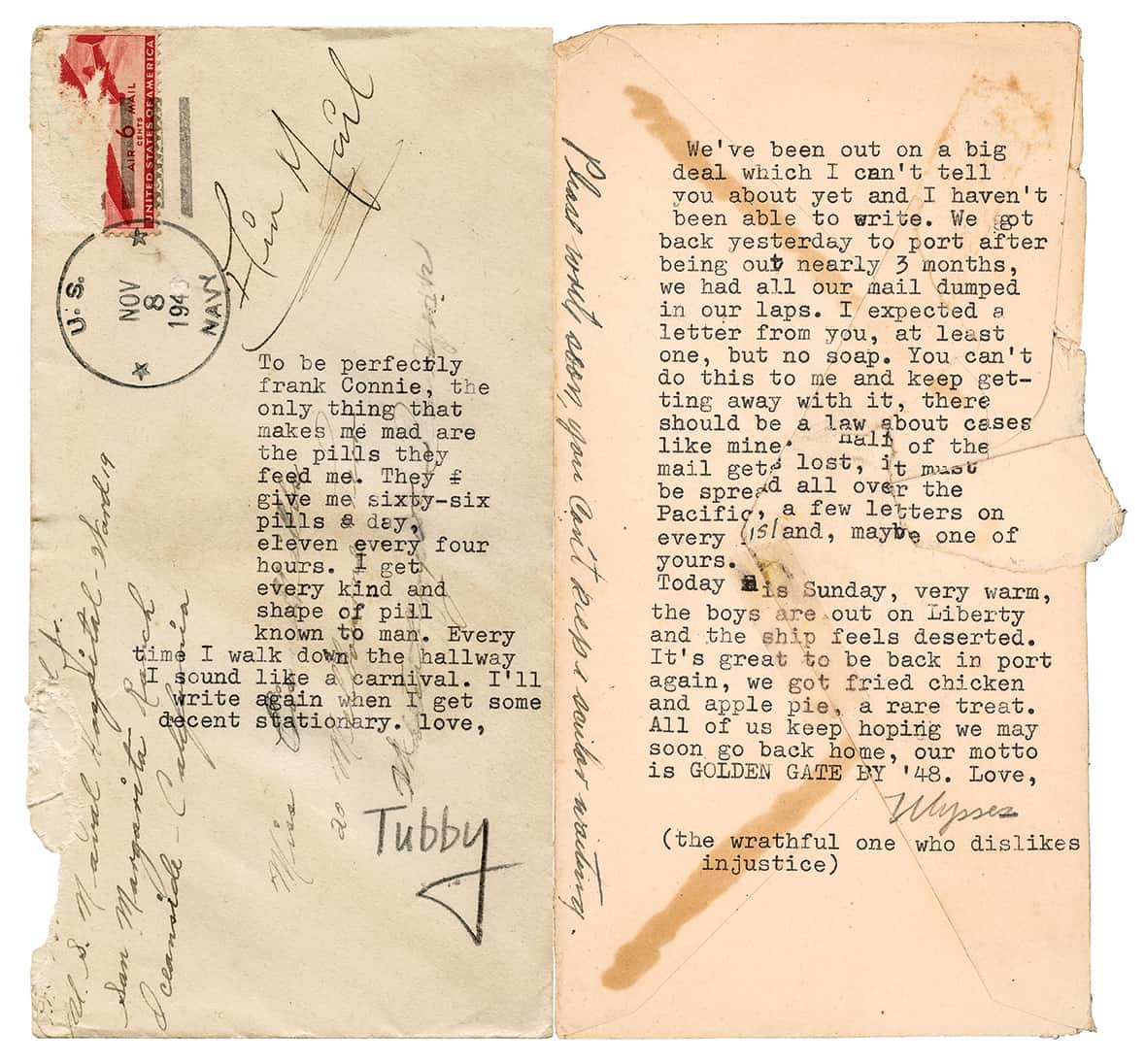 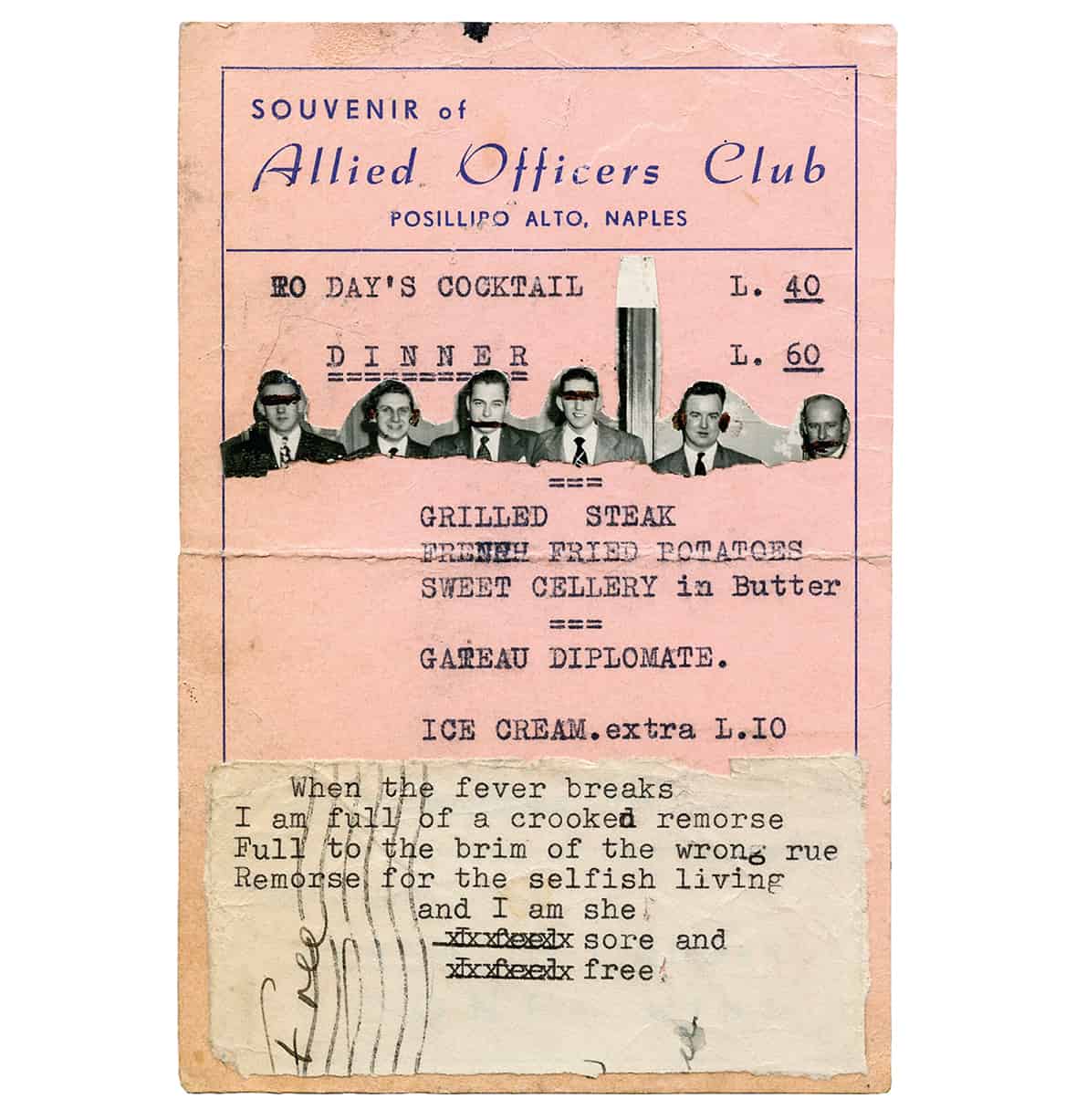 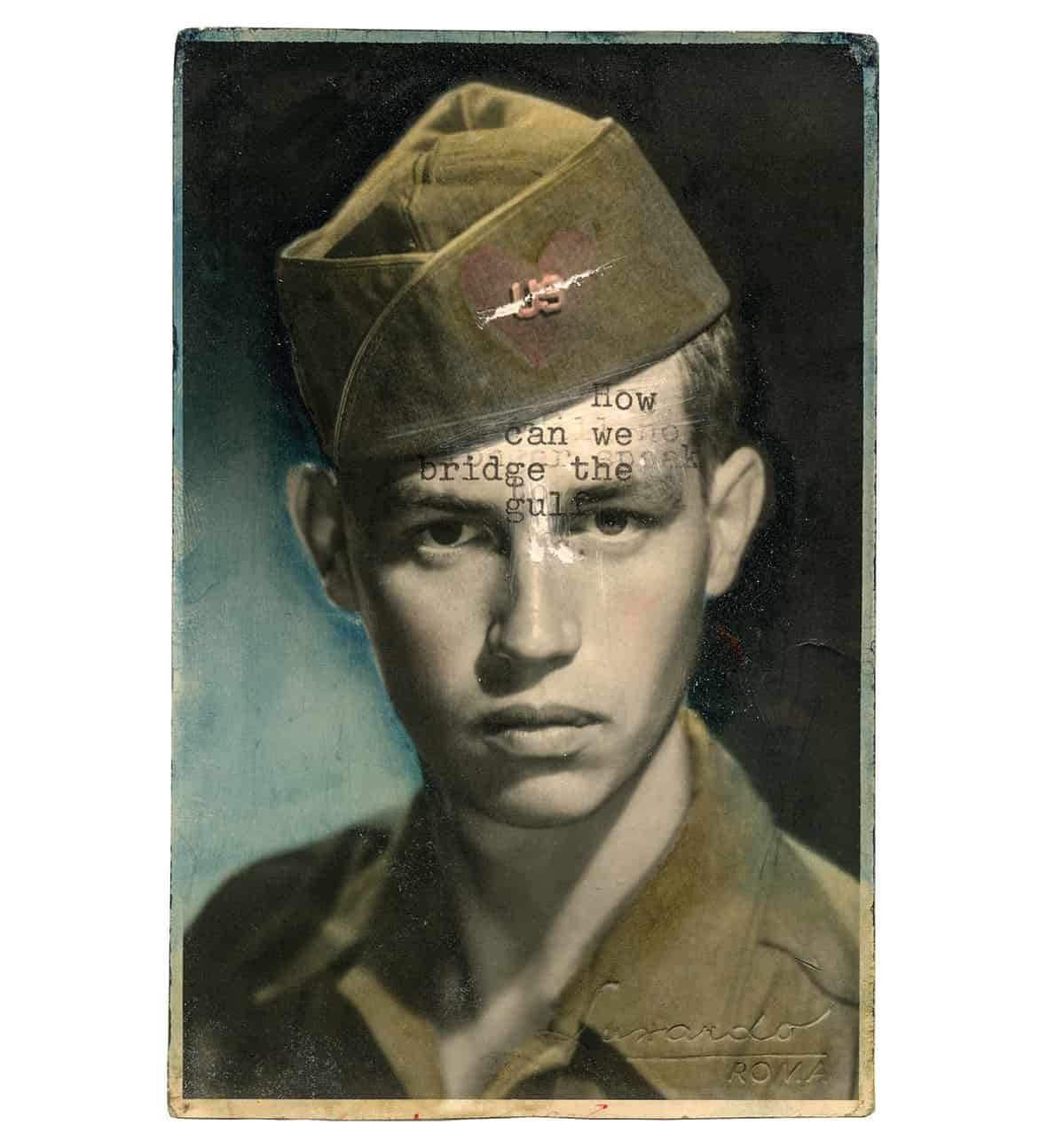 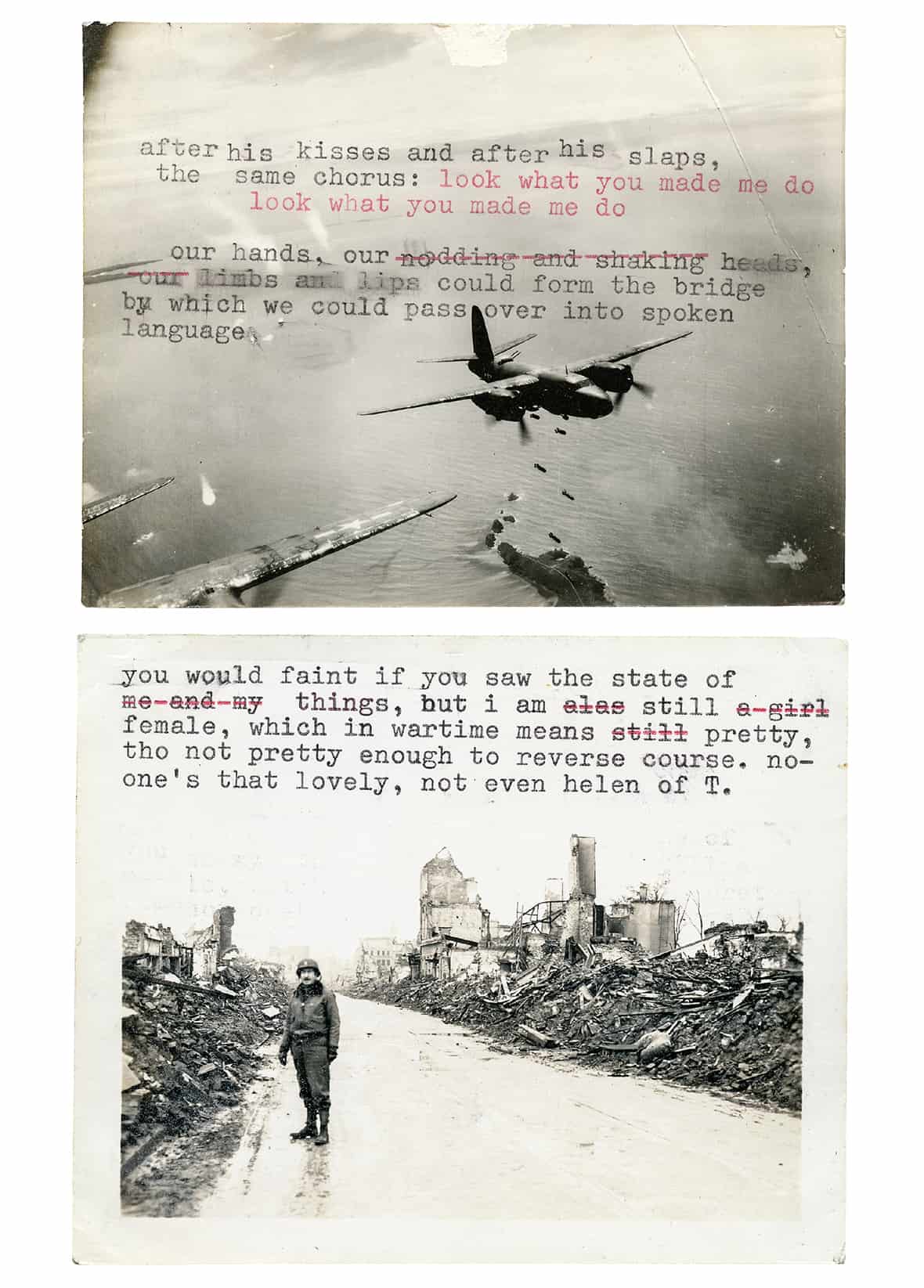 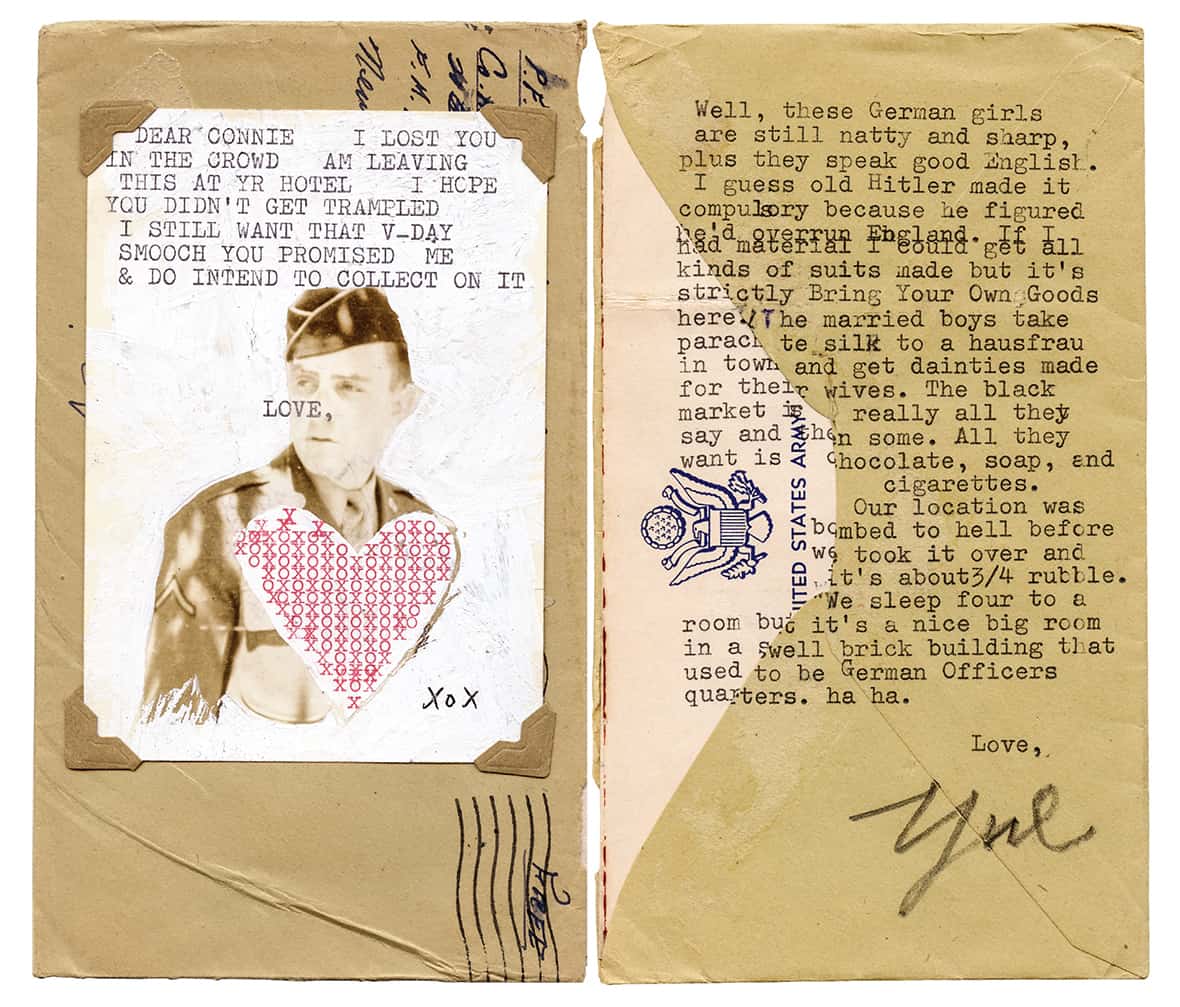 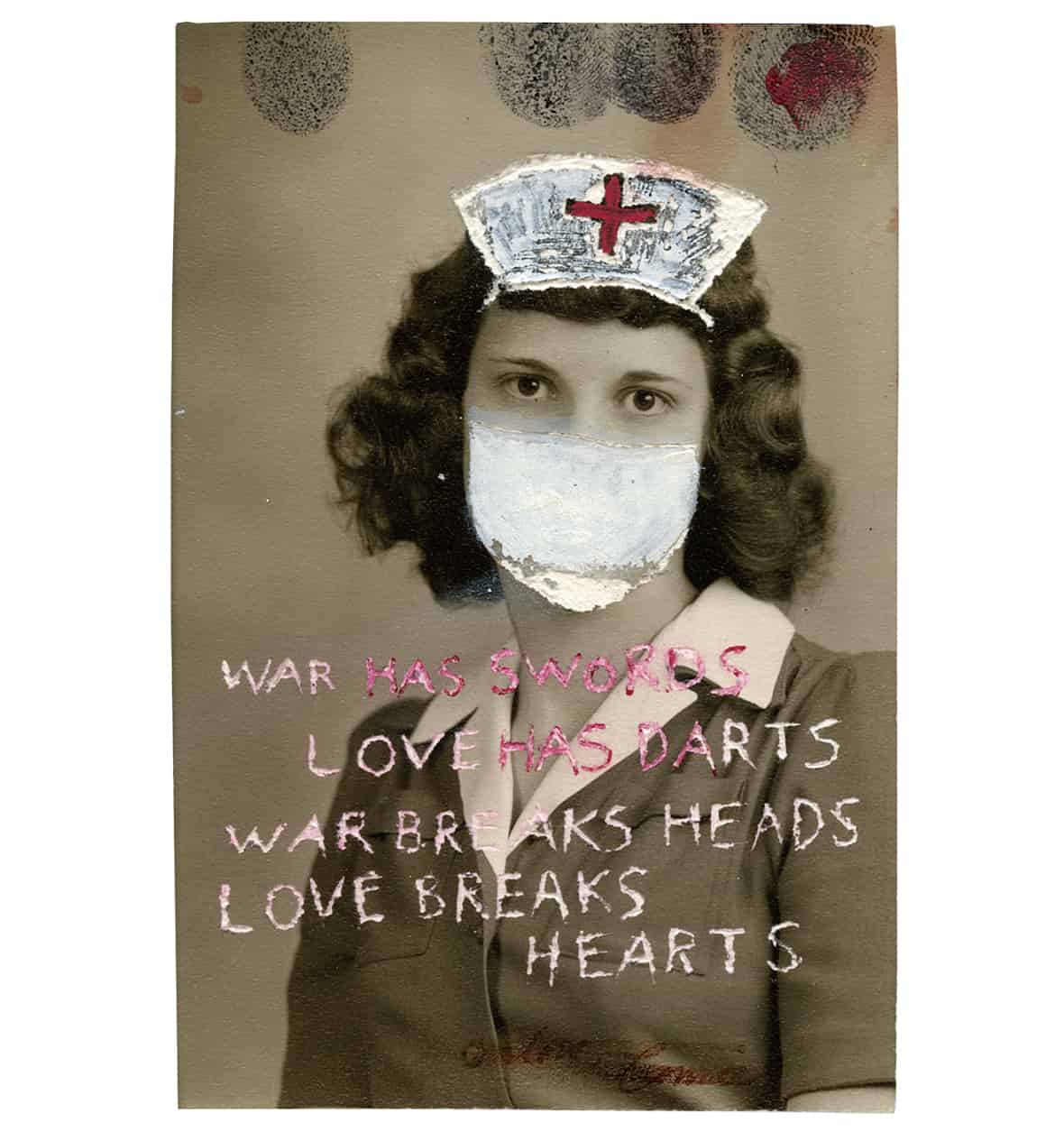 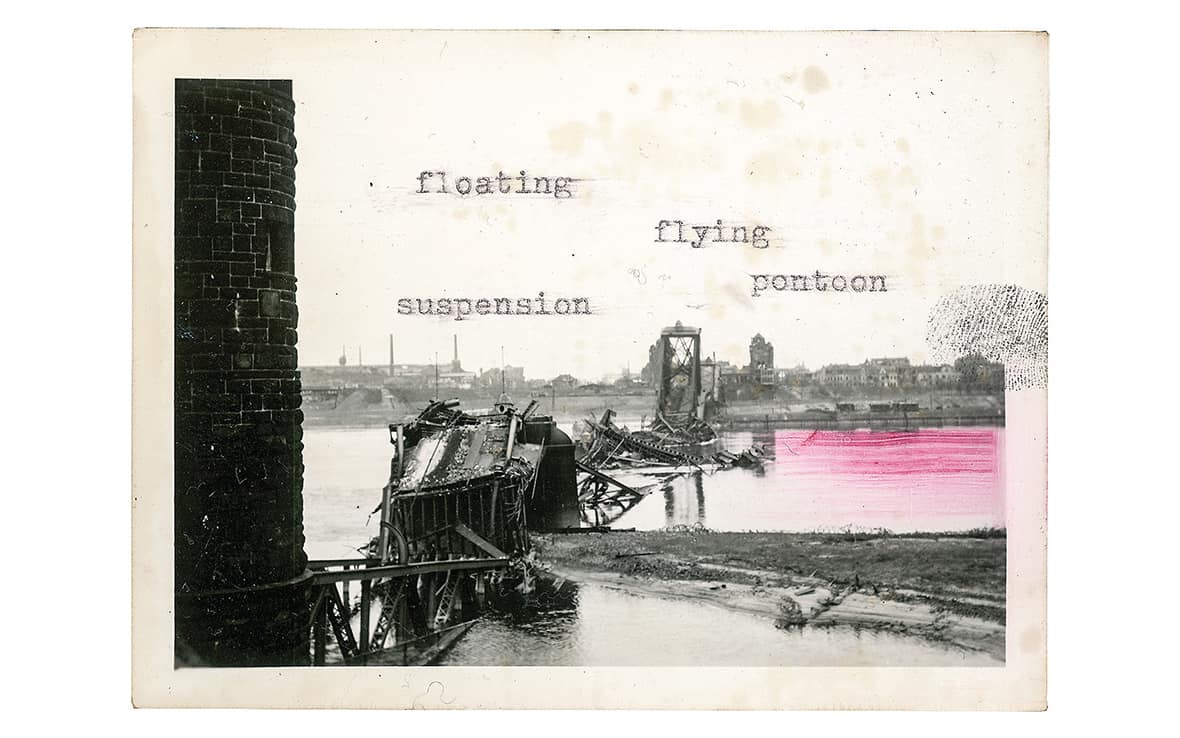 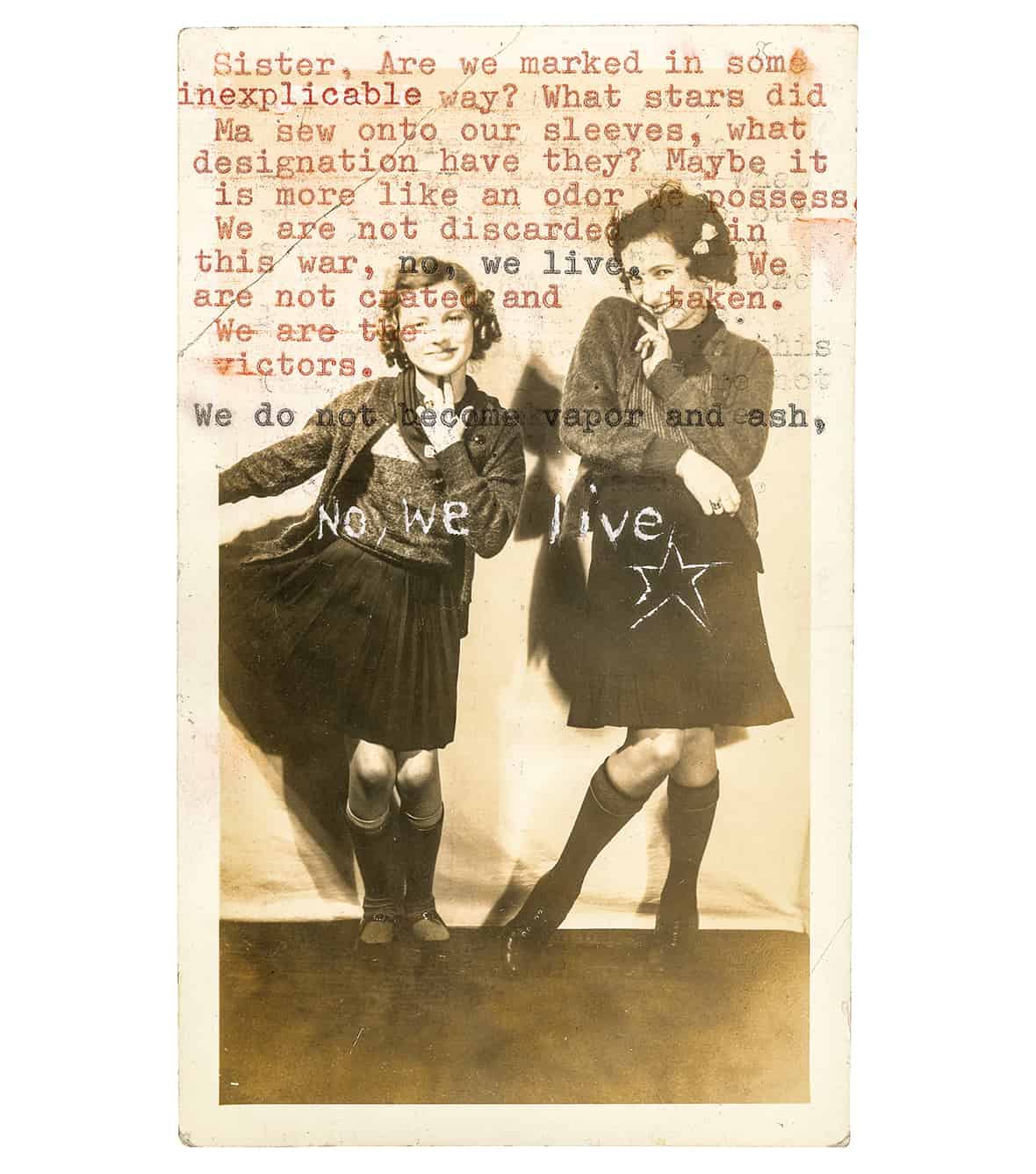 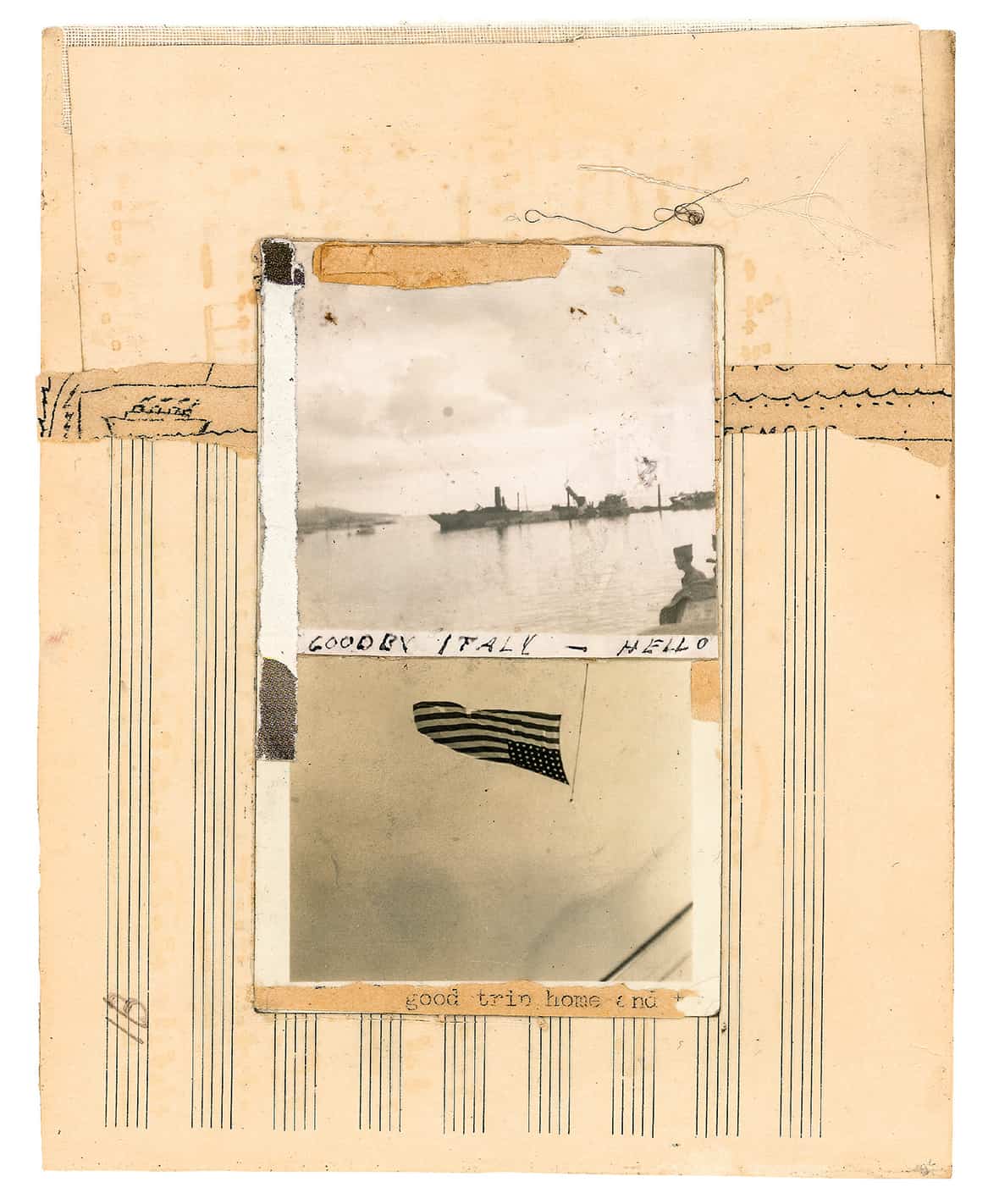 Karen Green is an artist and writer whose inventive, hybrid image-text works narrate the intimate spaces of human experience. Her first book Bough Down earned numerous accolades and a devoted readership. She lives in Northern California and New York City.