At the 1974 Southeastern Fair in Atlanta, there was on display a woman who could nibble her own elbow. All these years later, she still occasionally nips at my metaphorical heels. I thought I’d given her the brush-off the afternoon that I hurried away with my friends for the relative serenity of the photo booth and the popcorn, but she appears periodically, right behind me, always defiant in her strangely vulnerable skill. 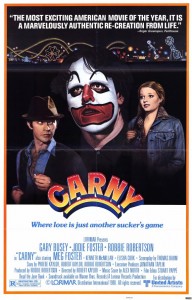 In my memory the best scene in the movie is six-hundred-pound fat man George Emerson’s shower on the carnival’s muddy back lot in a rainstorm, his relief and pleasure pure heartbreak. It was photographer Diane Arbus who wrote in An Aperture Monograph that “freaks… are like a person in a fairy tail who stops you and demands that you answer a riddle.”

I sometimes look for my own answer to that riddle, and the question itself, in books like the ones on this list. If you breeze through these pages, your soundtrack starts and ends with Tom Waits singing “Step Right Up,” from his 1976 album “Small Change.” As he’ll tell you, “it walks your dog, it doubles on sax.”

Freaks: Myths & Images of the Secret Self, by Leslie Fiedler.
Published in 1979, this cultural study of the concept of “freak” from ancient to modern times (or at least the seventies) is the bar against which any discussion of ‘otherness’ should be held. 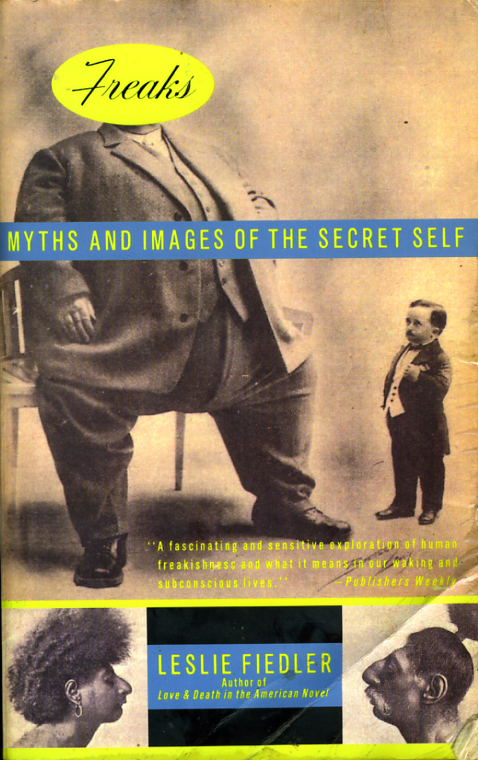 Other Powers: The Age of Suffrage, Spiritualism, and the Scandalous Victoria Woodhull, by Barbara Goldsmith
Migrates regularly, without table-rapping or séances, from my studio shelves to my desk. Victoria Woodhull, nominated as a Presidential Candidate in 1872, came to prominence in part through her past as a ‘magnetic healer,’ a proponent of free love, and what was at the time a freak-making trait – her belief in Women’s Rights. Goldsmith’s hefty 1998 marvel also brings us Woodhull’s sister, spiritualist Tennessee (Tennie) Claflin, and Commodore Cornelius Vanderbilt’s fascination with the great beyond.

Geek Love, by Katherine Dunn
Absolutely no ‘freak show’ reference library is complete without Katherine Dunn’s 1989 novel, a contender for that year’s National Book Award. Dunn’s love letter of a book involves two carny parents and their brood of beloved children adapted for the stage through a do-it-yourself approach to genetic engineering. Arturo’s evil, Iphy and Elly are conjoined, Oly is small, and Fortunato sees all. There’s also a tale of a tail. Once you start, you won’t want to turn back. 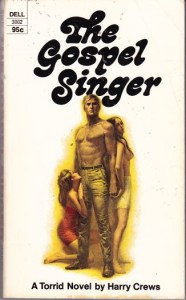 Gospel Singer, by Harry Crews
The Gospel Singer points a crabbed finger toward what we know deep in our hearts – that the freak isn’t Foot and his twenty-seven inch foot, or Didymus, the singer’s manager-as-devil driving the careening limousine driven through the hardscrabble south, but the bartered soul of the Gospel Singer himself.

Edison’s Eve: A Magical History of the Quest for Mechanical Life, by Gaby Wood
How realistic must an automaton be to make people think it’s alive? What if that automaton is a chess-master, or Thomas Edison’s first phonograph implanted in a mechanical woman? Shortlisted for the National Book Critic’s Circle Award, this is an essential reminder of our obsessions with exploring what literally makes us tick.

Chang and Eng, by Darin Strauss
This elegant and unforgettable novel tells the story of the legendary twins conjoined by a band of flesh at their chest, born in poverty in what was then Siam, grown to be men in a circus act, and settled in North Carolina before the Civil War. Yes, they married, and the two fathered twenty-one children before dying in their dotage, always just a few inches apart. 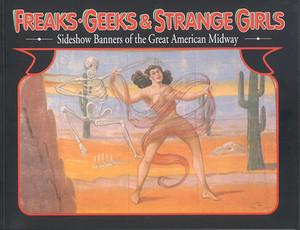 Freaks, Geeks, and Strange Girls
The best ‘dark rides’ are the ones that start out the brightest. Open the pages of Freaks, Geeks, and Strange Girls and enter the Skittles-colored world of classic carnival banners, painted by masters like Johnny Meah. Collectors and experts on the culture and artwork in these banners pull back the curtain in thoughtful, informative accompanying essays.

An Aperture Monograph, by Diane Arbus
With its glossy white cover, An Aperture Monograph had a prominent place on our coffee table in my childhood home. The twin girls in dark frocks (were they conjoined? Why were their eyes so large and blank?) and the middle-aged nudists in their sunny, pleasant home terrified me the most. Shoes were their only clothing, and their flabby bodies hinted at my own doom.

Jessica Handler is the author of the memoir Invisible Sisters. Her work has appeared in More Magazine, Southern Arts Journal, Ars Medica, as well as Tin House. A teacher of creative writing, she lives in Atlanta, Georgia.

The Story in the Stone