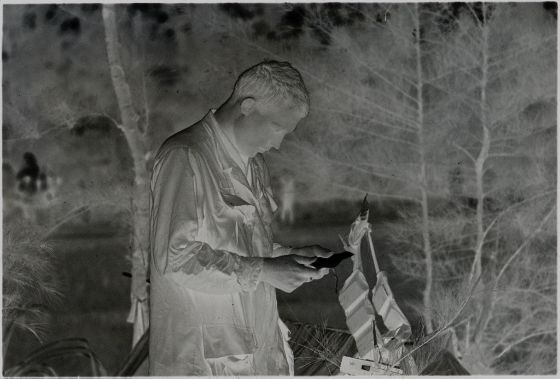 Recently, I was reminded that this was the last Veterans Day of our Iraq and Afghanistan wartime era. Since 2001, war has been the backdrop for a large part of many people’s lives. We must ask ourselves, now what? I’m not naive enough to think we’ll revert back to an antiquated notion of peace time, but there will soon be a tremendous re-adjustment in the country, especially for veterans. If we go back and read literature from our country’s previous long war (Vietnam), much of it written by veterans, we get a peek into what may lay ahead.

The wars in Iraq and Afghanistan have created so many voids that cannot possibly be filled in their newfound absence. Many returning to civilian life will worry about jobs and feel restless about routines that aren’t as structured or as rewarding as the military. And as we—civilians and veterans alike—transition to this new peace, I occasionally wonder if we will fall victim to America’s short collective memory. I’m not the only one, apparently. I had received an email before Veterans Day from a veterans group telling us that this year “it’s more important than ever that we are united as a community.” Are we afraid that the outside support will fade away, the lessons learned discarded like rubbish, and the true worth of sacrifices made overseas never fully known?

These concerns are nothing new. Vietnam veteran Karl Marlantes wrote, in his brilliant and comprehensive novel, Matterhorn, about the disillusion of honor and morality overseas, and whether it mattered in the end. “And it was his worth that was the joke. He was nothing but a collection of empty events that would end as a faded photograph above his parents’ fireplace. They too would die, and relatives who didn’t know who was in the picture would throw it away. Mellas knew, in his rational mind, that if there was no afterlife, death is no different from sleep.”

One only has to examine previous literature spurred by war, most of it from veterans, to realize those experiences will never be entirely forgotten. They are haunting and beautiful lessons that are handed down from one war-weary generation to the next. As an Army veteran, these war novels are my postwar map to understanding my own experiences. I wonder how my preconceived notions of the military would have been different if I were to have read these novels before enlisting, instead of watching films that, after the fact, appear to have portrayed an unrealistic and glorified hero worship of combat. More often than not, literature details the effects of war rather than the actions.

In a couple of books written by Vietnam veterans, readers learn about the struggle for veterans to find meaningful postwar lives. In Paco’s Story by Larry Heinemann, Paco Sullivan, the lone survivor of a battle, returns home, only to be haunted by his dead comrades.  He is restless, but initially settles into a menial job at a lunch cafe in Texas, feeling isolated, as if just a backdrop to other people’s lives. Five years after leaving the Army, I still feel like an unacknowledged character in the background.  Absent is that camaraderie in which you are not just present, but also acknowledged and understood without having to constantly explain. The sense of purpose is lacking.

In Stephen Wright’s Meditations in Green, readers see how war, and an opium drug habit spurred by it, tragically follows veterans home. They are unable to escape from the recent past, but also unable to return to the distant one before it. “My problem is I don’t know whether I’m addicted to the O, the war, or that stupid sweet kid who was once me,” Spec. 4 James Griffin says. Often I wonder if I ever was that stupid sweet kid in the first place, or if I am exactly the same person after Iraq that I was before. War has a funny way of replacing that prior memory so that it doesn’t matter either way. We are now byproducts of war.

Our country will likely see a surge of veterans, some with these same problems, re-adjusting to civilian life as the military draws down its numbers. Eventually we will have the distance and duty to soberly reflect on what we have spent over 10 years doing—what it cost and whether those costs were worth it. I didn’t think about those questions while serving. Service members may have come from different backgrounds and joined for different reasons, but when the time came, we pushed aside the differences. I cannot remember ever debating fellow soldiers about whether we went to Iraq for the right reasons or not. We simply tried to exist.

As Wright wrote in Meditations in Green: “I’m sure we are all aware that this policy of limited intervention has been challenged by large segments of our own population, but just remember one thing, as far as the United States Army is concerned, all debate seized the moment you raised your right hands and took that one step forward. As men in uniform, your duty is not to question policy but to carry it out as ordered.”

But with war no longer the backdrop, will we be ready to accept the different ways the wars have shaped our outlook? For veterans like myself, it’s often too easy to casually dismiss a civilian’s attitude toward Iraq or Afghanistan because we are an insular community protective of our service. But it’s different when our views are later challenged by someone who has shared that same experience. Maybe that’s what the veterans group was urging in the email—to be united not in ideals, but in experience. To understand that war has affected each of us differently. Again, we can look at literature to recognize how that is.

Many veterans have transformed their diverse experiences into art, allowing all readers, not just veterans, to digest war. We can’t instruct civilians on how to think about war; we can only inform them of the realities of it. Aside from World War II, I can think of no greater generation of war novels than Vietnam to learn about how it truly shapes those who participate. That war was so complicated and enduring that it took one veteran over 30 years to complete his novel—Marlantes’ Matterhorn, which detailed with military precision nearly every facet of a military at war, from combat maneuvers to tension between class, race and rank. Meanwhile, O’Brien, in Going After Cacciato and The Things They Carried, evoked the trancelike fog the country had found itself in during those disorderly times, as if realizing that memory can never adequately capture war, only the emotions and lasting effects of it. Robert Olen Butler did the same in his short story collection, A Good Scent from a Strange Mountain, but with a focus on Vietnamese immigrants in Louisiana after the war. In Butler’s story, “The American Couple,” we see adults long removed from Vietnam suddenly return to the childish nature of war.

Although Iraq has been tackled somewhat successfully as of late, Afghanistan still has quietly held on to her secrets. I wonder if it’s because Operation Enduring Freedom was the war that few questioned, while Iraq was the controversial one that overshadowed it. With both wars, we are still lacking that novel which scrutinizes the totality of a wartime era the way John Dos Passos did with the Great War, or James Jones did with World War II. But as it is only just our last Veterans Day in this country’s latest wartime era, maybe we still have a ways to go before we can fully comprehend and express what happened.

Ramiro G. Hinojosa lives and writes in Austin, Texas, where he works as a political research analyst. He served in Iraq from 2006-07. His work has previously appeared in Tin House’s The Open Bar and The Dallas Morning News.