The current issue of the magazine includes a feature on one of Portland’s (several) independent professional wrestling organizations, DOA. The project pairs a written essay with a photographic one. The images are interspersed throughout the text and we hope the two amplify and complicate one another.

The Open Bar sat down with photographer Scott Binkley to discuss his contribution to the project.

The Open Bar: In your mind, to your eye, what makes a good photograph?

Scott Binkley: I tend to live by the notion it’s important to have standards, but at times it’s equally as important to not know what those standards are. I think this is especially true when looking at a photograph, or deciding whether a photograph is good, or works. Just about anyone can become technically proficient behind a camera, but as with most art, the “thing” that works is often allusive, ineffable. It’s a destination along a road many have and will continue to travel down, a destination at times impervious to directions.

I guess for me a good photograph references, or points to this journey. They’re documents. They seem to be impossibly aware of themselves. Kinda like the photograph at the end of Kubrick’s The Shining. 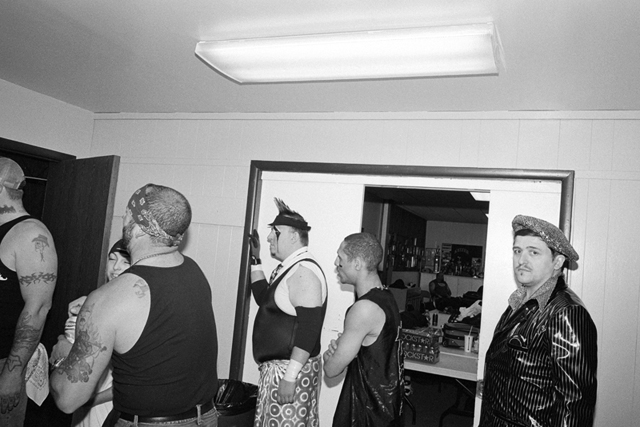 OB: Were you working from a certain mindset when you took these pictures? That is, do you have a certain approach to taking pictures that informed this project?

SB: Well I knew I was going to use B&W film and a flash. Stylistically I wanted the pictures to come off like press images from another era. I did end up shooting some color with a digital camera at a match after the work for the essay was complete. And well…. 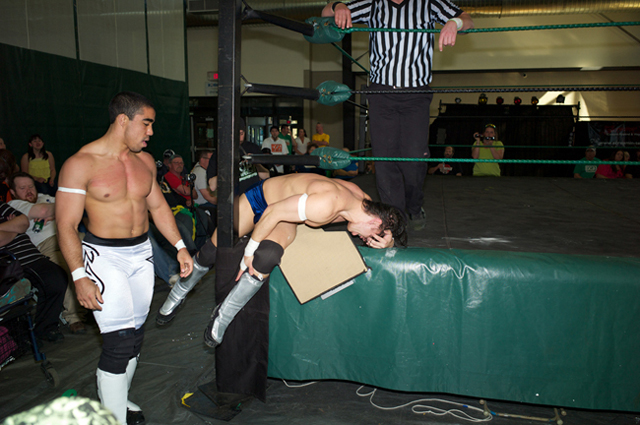 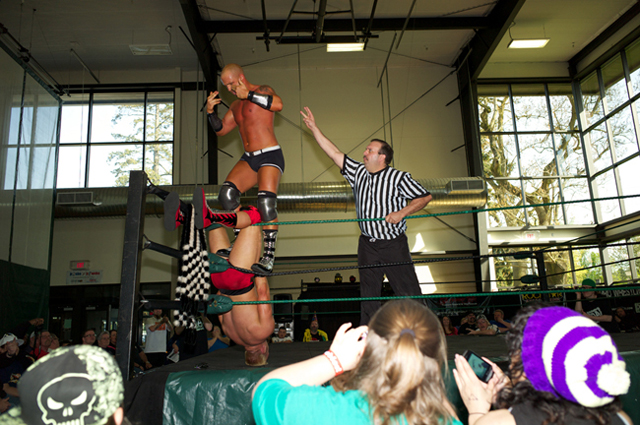 Thematically I approached the project suspecting the activity in the crowd and the actual wrestling would be of equal interest, and this proved to be true. Even better, the line between wrestler and audience member is often blurred, if not obliterated. The extent to which the audience member informs the wrestler is astonishing. Really, there’s nothing quite like it. This interplay between wrestler and audience member held my attention until the end. For the most part I was looking to make images that depicted the two groups together, or at the very least one of the groups in response to the other. 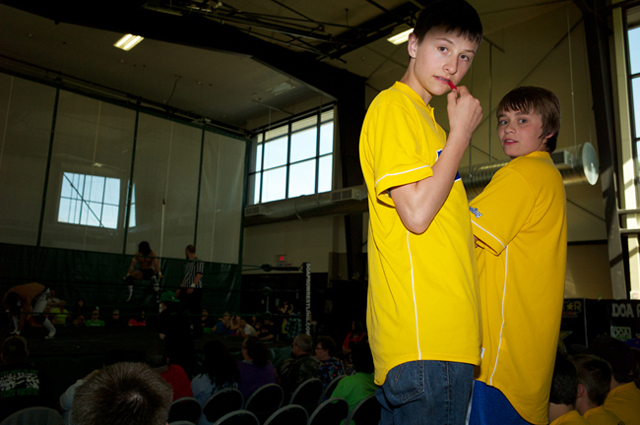 We easily could have ended up with something far more satirical than “Faces of Pain.” Perhaps something titled “Let Us Now Praise Unfamous Men.” But I believe we both knew that would be a little too easy. And while it’s impossible to observe the world of professional wrestling and simultaneously obviate the absurd, we consciously made an effort to simply not draw too much attention to it. We may have failed though, as absurdity more or less continuously emerged as a formidable opponent. 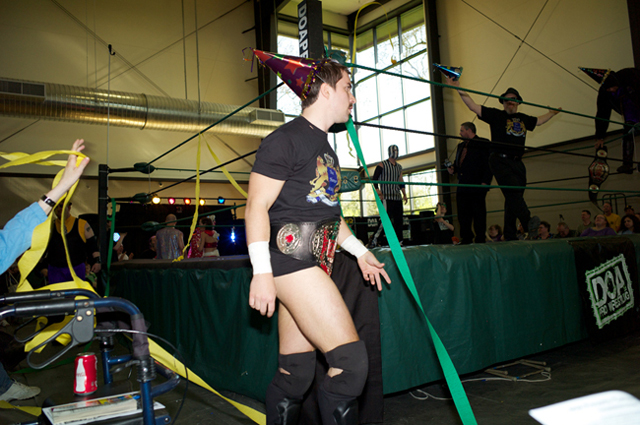 OB: How do you feel like the pictures in the piece inform and play off of the essay?

SB: Well I read the essay before I really started to think about the images I wanted to use. I should say images were coming to mind as I read the initial draft. We worked from different parts of the room at most of the events, so I was surprised we were able to come up with something so cohesive in the end. That said, I’d like to think some tension exists between the images created at the level of the sentence and the actual photographs. I would guess the relationship between the two will vary significantly from reader to reader. It would be something if the relationship between prose/photograph mirrored the relationship  between wrestler/audience member.

OB: I think people often think photojournalism means nothing more than getting in a situation and taking some pictures. How is this wrong?

SB: I don’t think this assumption is totally incorrect. I pretty much shoot instinctually once I have a general idea as to what I’m after. There are times when I definitely have to resist a persistent urge to capture everything, reminding myself I don’t need a picture of every wrestler in all of their incarnations, or every wrestler. Attempt that, and I’m likely to miss something vital. The process favors thoughtful extraction over encompassing.

Essentially photojournalism is a long editorial process. It starts in the field, makes its way to the darkroom, and ends at the desk.

OB: I know you shoot with an old Leica camera, a rangefinder. What are the benefits of shooting with a camera like that? What do you like about it, say, as opposed to a digital camera?

SB: Many of my favorite photographers used/use Leica rangefinders, guys like Garry Winogrand and Lee Friedlander. That’s what sparked my interest in this type of camera initially. I’ve since found a more valid reason to continue using them. Basically they are the easiest camera to lose sight of while making photographs. 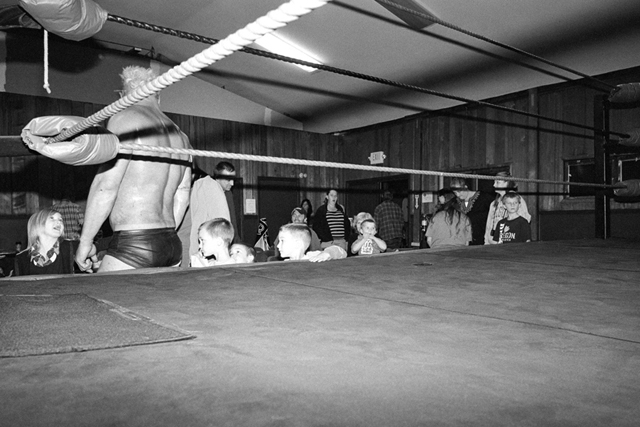 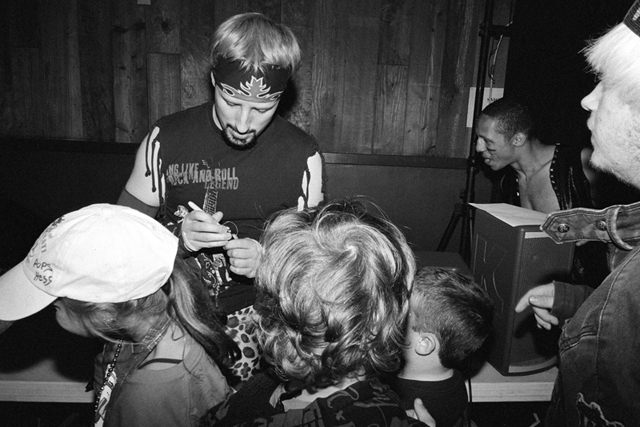 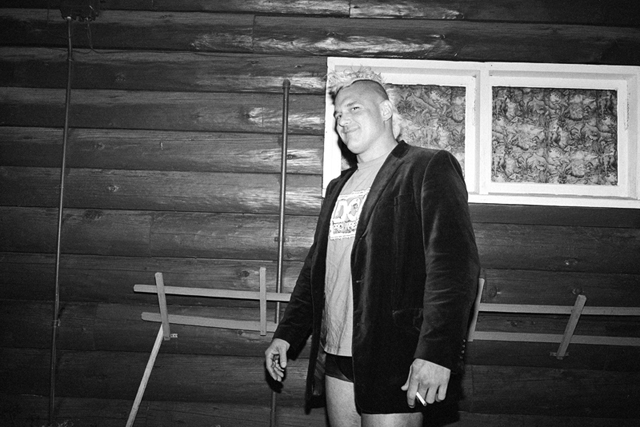 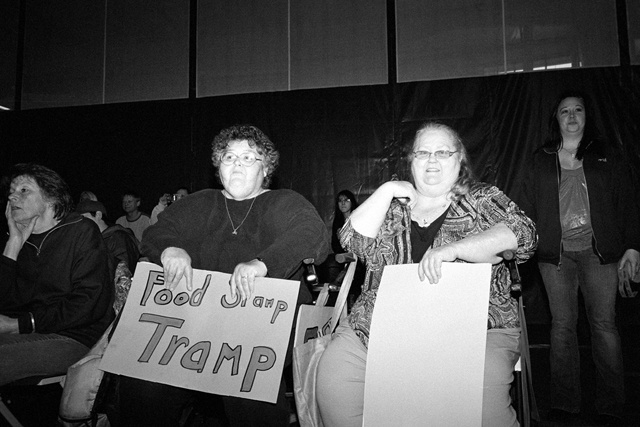 An Interview with Paul Harding