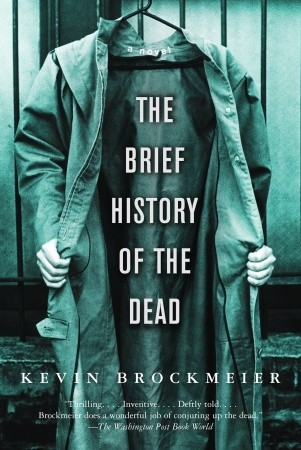 One lesson that I have to relearn continually is that writing fiction set in an alternate reality doesn’t mean you get a free pass to do any crazy thing you want. If you’re going to try a Kansas: Oz shuffle, a radical “rearrangement of nature,” you have some additional responsibilities to the reader. Namely, that you don’t get tripped out on your godlike power (or more likely just exhausted and forgetful) and violate the parameters of the world that you’ve created.

Many of my early stories failed to create a consistent, rule-governed world, an Oz of sturdy emerald construction. They took place in frictionless worlds where I myself felt like a tourist with only a shallow sense of the laws and customs, places where anything was possible and there was no discernible center of gravity. I kept changing the rules as I was going, so the stakes were nonexistent—it was a world that wasn’t governed, that wasn’t consistent, so nothing was at stake. It wasn’t a world of consequences, so readers didn’t care what happened. 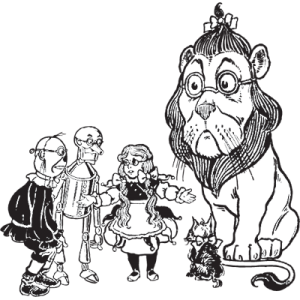 As difficult as it is to get a reader to suspend disbelief, it’s even harder to keep his or her disbelief lofted over the course of a story or novel as it progresses. In the same way that you can break a reader’s heart by playing fast and loose with the rules of your Oz, you can also fail a reader by getting sloppy on the Kansas details. Here’s my own embarrassing cautionary tale: I recently got proofs back for my first novel, Swamplandia! . In one chapter, Ava, the female protagonist, hatches out of a glowing red alligator in a reptile incubator in the Florida swamp. A few pages later, I had written that she falls out of “a forty-foot tree.” The copy editor gave me a pass on the red dragon, but that forty-foot-tall tree was circled three times. She’d attacked it with editorial lightning bolts. Her note read: “Is this a joke, or a mistake?”

So the red dragon was okay, but I had to do a panicked, humiliated revision to the forty-foot tree.

I think this is a good lesson about the danger of imprecise details. Somehow, a mutant, strawberry-red lizard was more plausible in the world I’d created than a child’s forty-foot fall. Why? My guess is that a reader’s belief in the red alligator is predicated on Ava’s own reaction to it—she finds the gator “miraculous,” just as we might, but she goes on to assure us that it is real; it needs food and water like any hatchling gator; in other words, it obeys certain natural laws we recognize. Its blinking eyes and scales are described by Ava in the same straightforward register she would use to describe an ice cream cone or her sister’s hair color. To Ava, and hopefully to the generous reader, the red alligator is a strange-yet-true entity. In contrast, when Ava falls out of that “forty-foot” tree, she doesn’t call her survival “miraculous,” doesn’t check for a broken femur or anything; she just dusts off her swamp culottes and continues rambling on about her sister. That concrete detail, “forty-foot,” was my own lazy mistake. So, because I had not earlier indicated that Ava had an adamantine skeleton, and because gravity still seems to operate in the Florida swamps of this novel exactly as it does for us tumblers out here in the “real” world, readers were guaranteed to be confused and distracted by my Kansas detail gone awry. The copy editor’s faith in Ava’s narration, and in the entire cosmos of the novel, was rattled.

This is what I mean by “a consistent, rule-governed world.” In the kind of Kansas:Oz ratio I’d set up in Swamplandia!, no way should a kid fall a fatal distance, get up, and walk away like a cat on its ninth life. There should be a serious consequence (911, broken bones) or, at any rate, some kind of acknowledgement within the text of the story that a law has just been violated. When my characters weren’t jarred by a forty-foot fall, my readers were.

IV. THE INTERIOR WORLD OF OZ

I’ve spent a lot of time discussing “the concrete detail” and its ability to pin down the reality of both Kansas and Oz for a reader. I would add that a person writing a fantasy must also be strictly attentive to emotional detail. As I mentioned above, I missed the boat on a concrete detail, flubbing the realistic height of a tree; but just as crucially, I also failed to give Ava a credible human reaction to her fall. You need concrete detail to establish the bricks-and-mortar reality of your alternate world: its fauna and truck stops and weather. But equally vital, I think, is the convincing emotional detail. Characters must have convincingly human reactions to their world for it to feel real.

Sometimes the details that fully convince me of a twilight zone aren’t descriptions of the setting itself, per se; they are details that reveal the private, emotional worlds of the characters who occupy it. In Kevin Brockmeier’s The Brief History of the Dead, millions have been killed by a lethal virus unleashed by the Coca-Cola Company. (And there’s a Kansas detail for you–Coca-Cola–to confirm the fictive, apocalyptic plague!) All of the newly dead are reincarnated in a purgatorial zone they call “The City,” which looks a little like Main Street U.S.A., where they continue to exist as long as someone alive on earth still remembers them. A brilliant, wild premise that becomes absolutely plausible as soon as you hear “eyewitness testimony” from credible sources like the character Jeremy Fallon: “Jeremy Fallon, sixteen, and from Park Falls, Wisconsin”—those are some pretty Kansas details, right?—“said that the fighting hadn’t spread in from the coasts yet, but that the germs had, and he was living proof. Or not living maybe, but still proof, he corrected himself.” 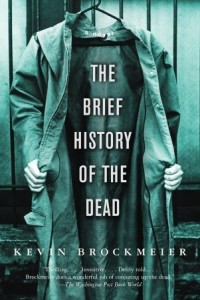 You can just see this kid’s shit-eating grin, his wry self-correction. Hear that teenager’s desire to charm, which, against the backdrop of his recent suffering, becomes all the more poignant:

The bad guys used to be Pakistan, and then they were Argentina and Turkey, and after that he had lost track. “What do you want me to tell you?” he asked, shrugging his shoulders. “Mostly I just miss my girlfriend.” Her name was Tracey Tipton, and she did this thing with his earlobes and the notched edge of her front teeth that made his entire body go taut and buzz like a guitar string.

In that tiny capsule, I think you can really see the Kansas:Oz ratio: you’ve got Park Falls, Wisconsin; you’ve got some sort of murky, apocalyptic plague that has driven these souls into the City; and you also have Jeremy’s shrug, his mock-casual affect and sincere confession of longing. These details strike me as exactly the way a sixteen-year-old boy from Park Falls, Wisconsin, would react to finding himself in an afterlife. Why should things make more sense in the afterlife, why should any of our questions get answered there? How can we even approach, in language, a loss so violent and extreme as the loss of everything? Against the scale of a global apocalypse, everything he misses, everything he’s lost, condenses to this tiniest of gestures of his girlfriend’s, a nibble on his earlobe. It’s a heartbreaking, human detail, and one that makes me immediately willing to believe in the plague and this city of the dead.

Another example in which concrete and figurative details combine to nail down a fictional world occurs in Kelly Link’s story “The Specialist’s Hat,” in which Link stages a tale about childhood grief in a possibly haunted mansion called Eight Chimneys:

Eight Chimneys has exactly one hundred windows, all still with the original wavery panes of handblown glass. With so many windows, Samantha thinks, Eight Chimneys should always be full of light, but instead the trees press close against the house, so that the rooms on the first and second story—even the third-story rooms—are green and dim, as if Samantha and Claire are living underneath the sea. This is the light that makes the tourists into ghosts.

These two sisters, Samantha and Claire, have recently lost their mother. In the description above, Link skillfully blends concrete details about the house itself, such as the number of windows and the “handblown” glass, with the girls’ subjective experience of these “green and dim” rooms. We get a powerful sense of their isolation and their grief. During the day, we learn, Eight Chimneys is a tourist attraction: “The house is open to the public, and . . . people—families—driving along the Blue Ridge Parkway will stop to tour the grounds.” But these cheerful visitors from the “real” world, far from making the rooms of Eight Chimneys any less mysterious, enhance our sense of the kids’ seclusion. They really are just tourists, mere interlopers through the ghostly fog of the twins’ grief. Our feeling for the girls’ bereavement and isolation and the claustrophobia of Eight Chimneys (and of the private world of childhood more generally) is enhanced, not diminished, by Link’s deft mention of the Blue Ridge Parkway. While family sedans go whizzing past on the highway, here is a stagnant pocket, a twilight zone. “The light that makes the tourists into ghosts” makes the sisters’ grief palpable—it’s a literal detail about the actual light in Eight Chimneys, as well as a powerful evocation of these two characters’ haunted interiors.

Strict attention must be paid to your characters’ inner lives. It’s the characters’ responses to their environment that will ultimately make their setting real for your readers. No matter how foreign or strange your imaginary world may initially appear, if your characters move through it in ways that feel “realistic”—if your characters’ speech and behavior and moods and terrors ring true to what we know about their personalities and basic human nature—then your readers are far more likely to accept the place on its own terms. Through each character’s reactions to his or her setting, important boundaries are erected—what’s normal and what’s abnormal in this alternate zone? Possible/impossible? Cheering or heartbreaking? Where does the danger reside? What is there to fear in a Narnia or a Macondo? This is how consequence gets established. “Raise the stakes,” young writers frequently hear in workshops; in the case of an altered universe, I think this advice is particularly important. What do readers want? A world with pleasures and dangers that mirror our own, “so real that it is fantastic.” Characters with something to gain or lose. Permission to care. 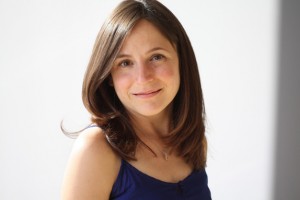 Karen Russell is the author of the short story collection St. Lucy’s Home for Girls Raised by Wolves, as well as the novel Swamplandia!. Swamplandia!, was a finalist for the 2012 Pulitzer Prize for Fiction. Her work has been featured in The New Yorker’s debut fiction issue and on The New Yorker’s 20 Under 40 list, and was chosen as one of Granta’s Best Young American Novelists. She is currently writer-in-residence at Bard College. Her latest short story collection, Vampires in the Lemon Grove, will be published in February.

The Names of Trees