The mix CDs David #1-4 were made quickly, compiled by an old friend of my dad’s. We played them at the wake and funeral, in the car on the way to the cemetery. Mama and I wandered through those days after his sudden death as the dazed hosts of a series of bewildering parties. I was seventeen, and she was wailing. It was helpful to have a ready-made soundtrack. One less logistic.

These songs—“She Talks To Angels” by the Black Crowes, “Angie” by the Rolling Stones—reflected my dad in some ways: the man his friend mourned, and the regret of aging rock and roll bands. At the funeral, Mama and I took our places in the front row of chairs, and the first strains of “Dust in the Wind” by Kansas drifted over the assembled. 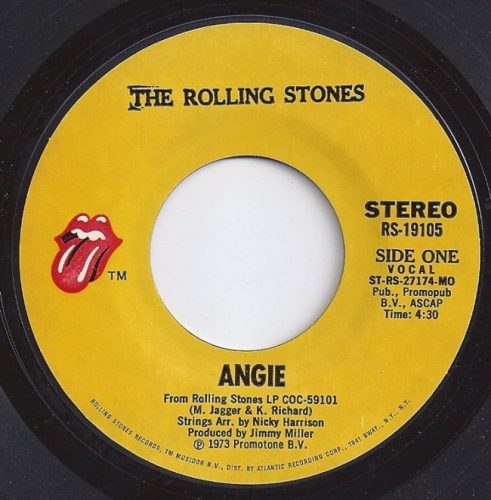 I was instantly mortified. My friends and I had just seen the comedy Old School at the movie theater. In one scene, at the burial of an elderly frat pledge who died in the midst of a KY jelly wrestling match, Will Ferrell sings “Dust in the Wind.” He warbles to the overblown finish, then chokes out, You’re my boy, Blue! You’re my boy.

I couldn’t help myself. I turned backwards in my chair and dissolved into laughter. A few rows back, one of my friends, welling up, mouthed for me to shush. I only laughed harder. I shook.

Beside me, Mama shook, too. She whimpered, crying out loud in the way of children and dogs. We were the only noise in that cottonmouthed Indiana funeral parlor. She looked at me, her eyes all blue sky and flood. She gripped my shoulder and cried harder.

I never said, Dad would know this is corny. That he would remember the original late-’70s music video: the band’s absurd ruffled shirts, the self-important strings, the Jesus fros, the yodel of Nothing lasts for-EV-er but the earth and sky… That I had come home after seeing Old School on a Friday night and told him he would love it. That he would laugh.

I never told Mama that I wasn’t crying. But when we got home, I made David #5, my first mix. It ends with “Baby Blue” by Badfinger and opens with “Good Riddance” by Green Day, a band our little family had loved since my dad brought home Dookie. He’d told me to listen to the tinny drum sound, told me I’d get why it was cool. In the car we sneered the lyrics at top volume: It all keeps adding up / I think I’m cracking up / Am I just paranoid or am I just stoned? I was eight, and it was my first record.

Over the years, I burned dozens of CDs for Mama, the titles carefully lettered around the hole at the center. When I was twenty-nine, Mama got engaged to a man she’d known since high school. In addition to the toast and table arrangements, she assigned me the job of wedding DJ. I loaded my iPod with hundreds of songs, the Mama and Jim mix, not only for the ceremony and reception, but to play for her throughout the day. The right songs could keep her calm, could cement a memory or bring back a better one. It was one less logistic. I carried around a soap dish lifted from the wedding hall to serve as a makeshift speaker. I vowed to anticipate the just-right song to play in any given situation. That meant no “Dust in the Wind”—no songs at all from the David mixes.

The afternoon of the wedding, as we stuck final flowers in the centerpieces, the electricity went out all over town. Never mind the lights—we still needed hair and makeup. In a hotel out by the highway that had somehow escaped the blackout, Mama perched on the edge of the bed. She swung her leg and drank cheap Chablis. I cued up “(Just Like) Starting Over” by John Lennon while she checked her phone again for messages from well-wishers and with news about her friend Kimmie, who was in the hospital and too sick to make it to the wedding. Kimmie had been at the wake. Kimmie with her black bob and rolling laugh, too loud in the dim, carpeted room, handing Mama a Bud Light from a soft cooler. In the background, Lennon sang his worry of neglected love—It’s been so long since we took the time—and buoyed it with bouncing doo-wop. Lennon was Jim’s favorite, and any reminder of Jim soothed Mama those days.

The teenaged stylist fluttered over my cheeks and eyelashes and I asked what Mama thought. I was trying to distract her, but she was already distracted. I remembered six years earlier, when she and Kimmie were both offered promotions that would require them to move across the country. Both of them flew out to interview, looked at condos, tried to imagine new lives in a new city. I didn’t tell her I wanted her to go. I didn’t tell her that I was twenty-three and collapsing under the weight of her gaze. Our grief reflected back and forth like an infinity mirror. I just said that it wouldn’t be “starting over,” but a chance to look forward.

In the end, Kimmie took the job and moved across the country. Mama stayed.

Mama’s phone rang. It was Jim, calling to say that the band claimed they couldn’t learn Al Green for the first dance. I told him not to worry—it was the wrong song anyway. The first dance had to be to “Here Comes My Girl,” from Tom Petty & the Heartbreakers’ 1979 album Damn the Torpedoes. Mama has always insisted that she can’t dance, but this beat is easy to find and sway to. It’s a talking blues, and it’s a romance: Yeah man when I got that little girl standing right by my side / You know I can tell the whole wide world to shove it! For sixty-year-olds who’ve worked hard and lost so much, it’s a love song that rebels against suffering. The chorus swings like a meteor shower.

By early evening, the guests arrived for the ceremony. Mama got word that an usher delivered a corsage to my grandmother and seated her at the designated family table. The problem was: It was the wrong grandmother. It wasn’t Mama’s mother. It was my dad’s.

So I played “Sunny” by Bobby Hebb, a song I’ve always thought sounds like Mama. She took another drink, said oh my, my and pulled at the corner of her eyelid. But then she grinned, listening. Growing up, “Sunny” was one of her nicknames, for her penny-colored hair and her fizzy disposition. She snapped her fingers and mouthed, Sunny one so true. She loved the way he says it. I was in the makeup chair, talking with my eyes closed, when Mama’s phone buzzed again. I was trying to get her to recognize how the marimba-like riff of “Sunny” is ripped straight from the James Bond theme song, saying, See? Hear that? — when she cried out.

Kimmie was dead. In the mirror, the stylist’s fingers in my hair, I watched Mama’s bright blue eyes obscure in middle-distance, watched her mouth go ragged. In the air around us, Bobby Hebb was still cooing, but Mama bawled No. No. Then she stood up and staggered out of the room.

The last song on David #5 is “Baby Blue” by Badfinger. When I was sixteen, my dad once left Badfinger’s greatest hits album on my bedside table. I was angry with him that day, as I often was then. His note explained that Badfinger showed more songwriting depth than the Beatles. Who knows what they could’ve become if Pete Ham hadn’t killed himself, if they’d gotten a better break. It was his kind of apology.

After ten minutes, Mama hadn’t come back. I went sprinting down the hotel hallways. Jumping down the stairwell, I thought I could hear her somewhere nearby. Her sobs grew louder, resounding in the space. I sheared the corner, swinging into the lobby, and saw her there in the middle of the room.

But she was in Jim’s arms. At some point, she’d called. He came. He whispered in her ear, he held her hair. He said, better now. He said, baby.

I walked up beside them and pressed a hand to her back. Her eyes were closed. She clasped my sleeve in two fingers then turned back to Jim. I went upstairs and put on my dress.

There would be other disasters. I forget to eat at the reception and white wine makes my blood rush. The speakers blare too loud, and both of my grandmothers hold their ears. Inexplicably, during dessert, the band plays “Dust in the Wind.”

When it’s time for the first dance, the band has not, in fact, learned “Here Comes My Girl.” So I send them on a smoke break and plug in my iPod. The drumbeat build-up, the chiming piano. Mama and Jim hold each other and dance, moving lightly in the space. The chorus breaking open, a cascading guitar. They keep their eyes on each other. They mouth the words. They grin. And she looks so right, she is all I need tonight. They stroll around the floor, their fingers touching. And even though it isn’t my job anymore, I keep watching from among the amps and wires. I laugh, then I laugh harder, then I stop.

Katie Moulton‘s writing appears or is forthcoming in Day One, Ninth Letter, Post Road, Quarterly West and other publications. Her work has been supported by scholarships from the Bread Loaf Writers Conference, OMI International Arts Center, Virginia Center for the Creative Arts, and Indiana University, where she earned her MFA. A music critic for Voice Media newspapers since 2009, she currently lives in Oakland.