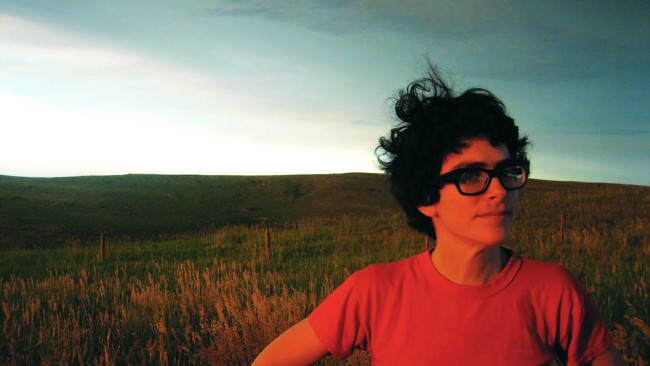 Dryland launches today! If you are in Portland, don’t miss Sara Jaffe’s reading at Powell’s tonight. This morning on The Open Bar, Sara talks with her editor about Portland, 1992, swimming, R.E.M, and how writing is hard.

Masie Cochran: Place plays a role in Dryland. Can you talk a little about how you chose where to set the book? Why the 90s?

Sara Jaffe: Both of these choices were, in a way, pragmatic. I chose the 90s in part because it’s when I was growing up, and I felt I understood being a teenager at that time better than I understand that experience today—but what really cemented that decision is that I didn’t want the internet to exist. It would have been too easy for Julie to track down information about her brother and to get in touch with him. I wanted her to have to look for mention of him in print magazines, to have to wait for his call.

And I set the book in Portland in part because I knew that if I set it in 1992 and I set it in northern New Jersey, where I grew up, I wouldn’t be able to get the distance I needed to create this character. Plus, Portland in the 90s was not yet the urban-hipster-semitropolis it is today; Julie would have access to some outside culture, some progressivism, but she’d be less worldly than if she lived outside of, say, New York. I lived in Portland for a minute in the late 90s, and my partner did grow up here, so I think I was able to decently piece together what it would have been like. Also, I should say, I never explicitly call the city Portland—I wanted to be able to play it fast and loose with geography if I needed to. 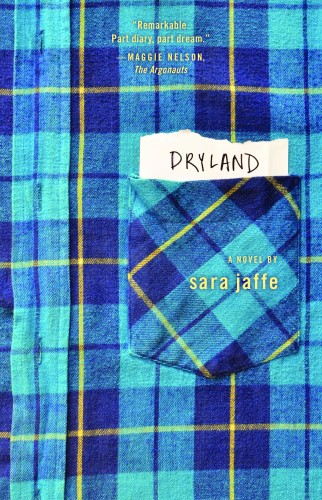 MC: What do you like most about Julie Winter?

SJ: I like that she’s surly, and that she lies—two things that I never had the guts to be/do. She’s also plenty insecure and awkward, but not really aware of her insecurity and awkwardness, so she’s able to act pretty boldly. That was really interesting for me as a writer—to figure out how to communicate to the reader that she’s more of a mess than she thinks she is. For that reason, though the novel is written in the first person, I don’t exactly think of it as being from Julie’s point of view.

SJ: It kind of was! I guess REM were sort of my gateway into more underground music, even though I initially got into them because they were popular—“Stand” was probably the first REM song I knew. I liked how their songs were catchy but they felt complicated—in their best songs, like “Country Feedback,” or “Swan Swan H,” another favorite, there’s a sense that words Michael Stipe is singing are inadequate to describe the depth of feeling in his voice—that he’s trying, and maybe failing, to be as specific as possible about something indescribable. And “Country Feedback” is just so rambling and obscure—it was really enjoyable from a writing perspective to transcribe the lyrics onto the page. But also—I think I somehow didn’t know that I could listen to loud, noisy music. Or I didn’t know any noisy music other than hair metal on the radio. Sonic Youth’s “100%” was really a revelation for me—my first loud song. It’s significant that that’s the song Julie chooses at the end of the book. 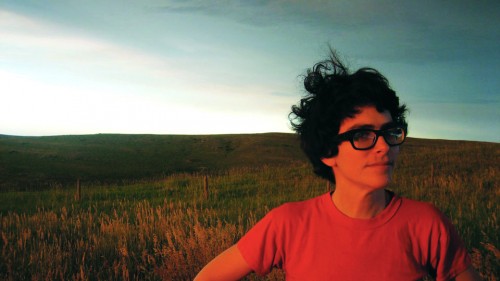 MC: What interests you most about Julie’s relationship with her brother?

SJ: That’s one of the most difficult things about the book for me to articulate. In part I think it has to do with the fact that it’s pretty common, in adolescence, to feel like you’re searching for something. Julie has decided that her brother is what she’s searching for, or, at least, images of him in magazines—but is that only because he is what’s conveniently absent? Is she subconsciously using her search for him as a way to distract herself from dealing with her own shit? I also wanted to say something about queerness, because I know it’s possible that someone could read the book and think that Julie is only queer because her brother is, and she wants to be more like him. But so what? Identity, attraction, all these things happen for a ton of different reasons, some more conscious than others. And finally, this may seem like an evasion, but part of what interests me most about Julie’s relationship with her brother is that it allows Ben to come onto the scene. He becomes not just a substitute “big brother,” but in a way, an actual one—her chosen family.

MC: What was it like writing your first novel?

SJ: Super educational and super hard. Dryland began as a long short story that I first wrote in 2010. I realized pretty quickly that I had a novel’s worth of story going on, and I spent two years or so making some occasional forays into figuring out a new way in, and another two years really writing the novel in earnest. There are so many pages I wrote that have been rewritten or excised entirely, and while at times that felt disheartening, I also realize that I needed to write those pages in order to get the pages that stuck. Same with the writing sessions where all I did was write the same sentence and delete it a hundred times. One weird thing is that I’ve always thought of myself as “not that into” plot, and I guess I’ve written a pretty plotty novel. But coming up with the basic plot fairly early on in the process ended up giving me a useful structure on which to hang my greater interests: character and language.

MC: What advice would you give to new writers?

SJ: Writing is hard! It is often not fun! That may not sound like advice, but I think when writing is feeling really terrible it is good to know that it is not unusual to feel that way, and it doesn’t mean you’re any less of an artist.

Also, inspiration exists, but mostly what you do as a writer is make choices. Sometimes you make the wrong choice and you go back and make another choice that’s better. Thinking of writing in this way maintains a feeling of agency and spirit of experiment.

And finally I would say, try to find a place for messiness in your work—both in process and in product. If you need to write a page that’s total crap in order to get to the next page, it’s okay, because you’re not a crap writer and you’ll go back and make the page better later. And my good friend, the excellent fiction writer Jess Arndt, said something to me along the lines of “Every novel should have one mistake in it” (she says it comes from the Russian prose poet Daniil Kharms, but I can’t find it anywhere in Kharms, so I’d rather attribute it to her). What a relief! And maybe that mistake ends up being the opening through which the reader finds her way in.

Sara Jaffe is a fiction writer living in Portland, Oregon. Her short fiction and criticism have appeared in publications including Fence, BOMB, NOON, Paul Revere’s Horse, matchbook, and the Los Angeles Review of Books. She coedited The Art of Touring (Yeti, 2009), an anthology of writing and visual art by musicians drawing on her experience as guitarist for post-punk band Erase Errata.