A December or so ago, I drove a 26-ft truck from Florida to Massachusetts. I’d done it before. Scratch that: I’d done the reverse.

Everything my wife and I owned sat massively behind me, but this only started to seem ominous when the truck began to transmit cryptic diagnostic messages no one could properly explain on a screen on which I was told no messages should appear. I now think I was deep into some factory-level protocol, but that’s just me putting words around something I don’t understand, something that tried, just a little bit, to kill me.

On the morning of the second day, a few miles over the Virginia border, the truck went dead stick in about fifteen seconds on 95 in the rain. I’d had an alternator kick out on me once on the highway, and that was like this, only this was much, much faster: a progressive power failure starting with the radio and ending with the power steering, brakes, and drive-train. By the end, I was standing on the brakes, wrestling the nearly useless steering toward the median, in a slalom I can still feel in the pit of my stomach. 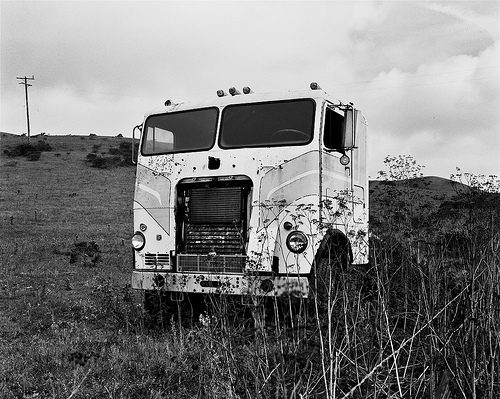 Writing chaos is tough, in part because there’s no such thing as chaos: only order we can’t discern or don’t understand or dislike so much we reject it out of hand.

Christina Stead narrates this kind of terrifying order better than anyone I know: sometimes in a kind manic aerial shot, sometimes in a fever of words that pour from everyone’s mouth toward a fixed point in the center of the reader’s mind. I think of her as George Eliot angry in a 20th century way, but she remains obscure because—beyond the frustrating and persistent neglect of ambitious women writers—we are only rarely in the mood to admit the world is ever quite like this: terrifying, terrifying on a normal day. Her most famous novel, The Man Who Loved Children, makes Dostoyevsky look mild and easy-going. No novel of family life captures the baseline suffocation that’s part of any family, even the happiest family. Her disasters are the real thing and we don’t much want that. We’d much rather have our disasters in slow-motion, carefully assembled toy cars or planes, cities or boats, coming apart in stately CGI. Stead never allows things hitting the fan that faux-regal grace. 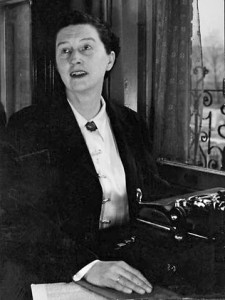 Three hours for dispatch to find a company willing and able to tow me, the whole truck whipping back and forth from the force of the 18-wheelers blowing past without getting over. I read the manual cover to cover, then stood in the rain while the young driver used a wrench about the size and shape of a cow’s hind leg to remove the driveshaft.

In the cab, canceling dinner with the woman in his life, he uttered the words I remember him by, “I don’t know what to tell you: I’m not gonna turn down work during the week.”

Back in North Carolina at a soon-to-be-permanently-shuttered company repair barn, I sat in a break room decorated for the holidays: tinsel and Christmas tablecloths, an artificial Charlie Brown tree over the out-of-time terrazzo and brown paneling. The skeleton crew of mechanics put my truck through the wringer. After dark, they let me drive away.

I stayed alone in the hotel I’d departed from that morning in a not quite identical room. Outback Steakhouse handed me someone else’s take-out order so I ate someone else’s meal, chewing stupidly through Rain Man. I slept badly or not at all.

I don’t want to oversell this: near-death or not, that’s not my point: only that for a little while everything meant to go left went right and the confident shape of the world on which all things rely slid almost entirely away. There was no content to it, no message to me, just the simple error of it. Next morning, I drove the truck to Richmond and sat for several more hours while a new alternator was put in. The messages continued, but the truck ran better. Still, I kept waiting for the other shoe, the next dead stick, maybe on a curve with no median, maybe while I was turning.

I did what you do: I imposed as much of my own order as I could. I bought a 5-hour energy drink and took nips at seeming significant milestones, including precise midnight on the George Washington Bridge. I let one of my trip albums—Paul McCartney’s NEW— loop and loop, never touching the stereo from late afternoon in D.C. traffic. The night was now divided into 46 minute and 11 second intervals. The album became the chant holding me together, marking intervals, performing baseline functions my own mind hadn’t yet brought back:

On my way to work

I bought a magazine

Inside a pretty girl

She came from Chichester

She had removed her clothes

For the likes of me.

Each time McCartney reached this weird, Proustian toilet stall ditty, I thought back to the previous year, to seeing Sir Paul answer questions in a small Spanish revival church on a campus in Florida. Interviewed by a famous poet in two chairs in the chancel, Sir Paul recounted how his English teacher had walked them through all the dirty bits in Chaucer, how the merchant sailors brought back all the records from the States, how Ringo was especially into rockabilly, how he and George Harrison had taken the bus all the way across Liverpool on the strength of the rumor of a man who knew a new-to-them guitar chord. Their third chord, I think he’d said.

He’d performed one song for us, after saying he wouldn’t perform at all: “Blackbird.” By the time of the deathtrap truck, I’d obliterated any real memory of that deeper, tobacco-rich voice by listening to the original over and over.

At half-past four in the morning, my consciousness as suspended and glassy as the world in a snow globe, I’d passed through the entirely deserted winter streets of a town in Massachusetts I’d known many years ago and to which we were returning. My wife was asleep on a new mattress on the floor of the darkened house. I texted my father to let him know I was off the road. Because he is and has always been that man, he had waited awake to see me through, and called. We talked quietly for a time.

For many days, and into the new year (I would realize later) I was bit…off. I read a lot, because that’s what I do, but nothing really matched and mated with what was going on in my mind, and so most things simply slid away. Until I began Christina Stead’s novella, “The Rightangled Creek,” and saw that in her woven, awful world, well, that was where I was and what I was, just then. She begins in this typical, hell-for-leather, fashion:

The road rises steeply from Lambertville on the Delaware, into hill country, bared for planting and grazing, with small old white villages in trees and unpainted farmhouses high on the ridges. The road follows the uplands. Several miles along, entering Newbold Township, a truck turns right and down by Will Newbold’s red barn, a landmark. The track drops between Newbold’s homepatch and the pasture for their famous red and white herd; and; on the other side, some acres and of corn and alfalfa. It drops into trees between stony ridges in which live poor Austrian and German farmers, down to a narrow creek. This tiny creek first appears as a meander in a wet place, and then as a wallow, where a broad soft meadow declines into swamp, where Sobieski’s black and white cattle lounge all day in a hemicycle of trees, till they are called in the evening, Cow, cow, cow, by Sobieski’s little boys. Above it becomes a creek, falling from a series of rocky saucers from which the transparent water drips between banks of poison ivy, elder and tiger lilies. In the saucers are elvers and other small fish; and where the track and the creek together make a right-angled turn and go east, a trickle from the Strassers’ rocky infertile ridge has made a deep cut, passing under a strong wooden bridge in which there is a loose plank. This plank is kept loose at one end to tell who is passing: a footstep, lunk! A car, lonk-lonk! It is heard in the daytime in the fields; at night, much louder, it wakes from sleep: “Who is that, so late?”

On she runs, for another two hundred words of kinetic description, before she pulls up short and allows a taxi driver to speak. 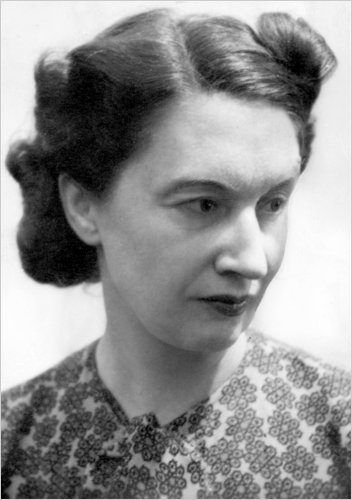 Stead’s novella is, loosely, the story of a city dweller’s visit to an alcoholic old Leftist, holed up away from temptation in a rented farmhouse in order to finish writing an epic history of Europe whose success he hopes will send his beloved son (well-heeled) into the world. The son is an irritating terror, a junior commissar who threatens the local farmers’ wives and drives away their custom. The Leftist’s wife dotes on both men and tries to hold everything together. Besides this only nominally central thread, there’s an axe-murderer and the most convincingly offhand botanical death I know. The novella is billed by subtitle as “a sort of ghost story.”

But the plot is really only a kind of melody in a slow-motion disaster of people not getting what they want and plans coming to nothing. The gorgeousness of how Stead does this is the point. The pitiless way she lets the cars collide is the point. The racing, grasping embrace of the whole pileup the world is is the point. In any case, at that moment, it was a serendipitous book.

Call it coincidence. Call it the imitative fallacy. Call it what you will: the soup of my psyche poured—perfect to the drop—into the novella’s glass slipper, swam around and took in the view.

Whatever sense that sentence makes is what “The Rightangled Creek” and fearless Christina Stead made out of sense.

Drew Johnson was raised in Mississippi and lives in Massachusetts. His fiction has appeared in Harper’s, Virginia Quarterly Review, Cosmonauts Avenue, and elsewhere. His nonfiction has appeared at Literary Hub, Los Angeles Review of Books, The Paris Review Daily, and elsewhere. The Cupboard brought out his 7 Greyhounds as one of their chapbooks. Much of this may be found at walkswithmoose.com.