It’s hard to believe that it took Imbolo Mbue three years to find an agent, not only because because her debut novel, Behold The Dreamers, wound up selling for seven figures but because it’s the kind of compelling tale that keeps ratcheting up the drama and tension until the last page. In the novel, a struggling Cameroonian immigrant couple, the Jongas, become entwined both professionally and personally in the lives of a wealthy Wall St. executive and his family, the Edwards, during the time of the 2008 financial crash. Mbue’s deft storytelling often left me wrong-footed when trying to predict the outcome The author, who hails from the small town in Cameroon town of Limbe (as do her protagonists) and holds an MA from Columbia, has captured the intense sacrifice and determination as well as the anguish and humiliation that some immigrants undergo to achieve the American Dream. The novel ultimately begs the question: Is it worth it?

Jeff Vasishta: Your personal story as a writer is in many ways the American Dream Jende & Neni dream about. Take me through your story – writing the novel and getting a book deal.

Imbolo Mbue: My definition of the American Dream is quite different from Jende and Neni’s—to me it’s more about opportunities to make the most of one’s potential than it is about material/financial success—but like them, I left Limbe, Cameroon for the US, excited about what lay ahead. I went to college and graduate school here, and then got a job in New York, which I lost during the recession. It was while I was unemployed that I went for a walk one day and noticed chauffeurs waiting for executives in front of the Time Warner building in midtown Manhattan. I’d never met anyone in America who had a chauffeur so I was intrigued by what I’d seen. Being that some of the chauffeurs looked like they could be African immigrants, I wondered what the relationship between a white executive and his African immigrant chauffeur might be like, and the different ways the recession might have affected them. I began writing a story about a fictional Lehman Brothers executive and his Cameroonian-immigrant chauffeur and, after several drafts, I started looking for an agent. It took me almost three years to find an agent—she eventually sold the novel to Random House. The journey from getting the inspiration to completing the story was approximately five years.

JV: How did you find your agent? Did the process of trying to find one and the feedback you got change your novel in any way?

IM: I found my agent through a website called Agentquery, a great site with all the relevant info on US-based literary agents, including their contact information, names of some of the authors they represent, and what kinds of manuscripts they’re interested in. Before my agent signed me on, I’d emailed pretty much every agent listed in the database who I thought would be interested in my manuscript, and I’d gotten a mountain of rejections. I must add, however, that the rejections I got weren’t because the agents were dismissive but because the story needed more work. Several agents who read earlier versions of this story were generous with their time and told me why they’d rejected me, while encouraging me to continue writing. So even though the rejections were painful, they forced me to dig deeper and the kind words I received meant a lot to me. 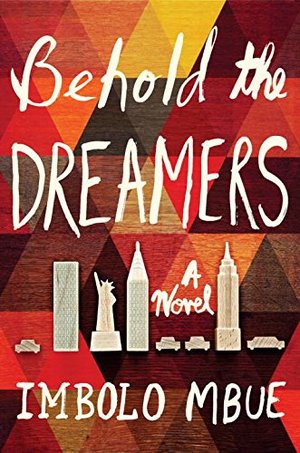 JV: Did you base Jende and Neni in anyone in particular?

IM: No, they were both inspired by various men and women I’d met in Limbe and New York; the challenges they faced as immigrants were inspired by stories told to me by fellow immigrants—friends and acquaintances as well as strangers whose names and faces I’ll probably never remember, but to whom I’ll always be indebted.

JV: Neni is so interesting because on one hand she has the guts and determination to do something quite profound and outrageous, but ultimately she obeys her husband even when he is categorically in the wrong. As she says in the novel, she is not an American wife. She still gives her husband respect and makes it a point not to damage his pride, even in the most trying circumstances. How did you craft her character development?

IM: She is indeed an interesting character, and probably the easiest of the four main characters for me to develop, because I grew up around women like her—tough, opinionated women who were unafraid of saying what they wanted to say or doing what they needed to do for their families, and yet, they recognized that their husbands had the final say. I also thought about immigrant women I’d met in America—women who worked long hours while going to school and/or raising children, all so they could take advantage of the opportunities America was offering them. Considering their determination to achieve the American Dream for their own sake and the sake of their children, they were willing to do whatever they had to do to get past obstacles standing in their way. Maybe they didn’t exactly do things like what Neni did but they still had to be undaunted when faced with tough choices.

JV: Without giving anything away, you steered clear of clichés about white employers and employees who are people of color– i.e., the white savior story. Did you toil over the ending or always have that outcome in your mind?

IM: No, I didn’t toil over the end—it appeared to me very clearly from the very first draft and even though I did dozens of revisions, the story always ended the same way.

JV: One of the Jongas’ most admirable qualities is their ability to save money, which is something many immigrants, particularly the older generation, certainly my own mother, was very good at. Alas I am not. Are you a good saver? Do you think the younger generation of immigrants, moving into such a consumerist world, have kept those traditions?

IM: You’re the first person to mention the Jongas saving skills to me—thank you. Yes, like your mother, they’re are good savers, and thankfully, so am I. I’ve never been much of a spender so saving comes quite easily to me. I also believe in living as debt-free a life as possible, and I actually haven’t owned a credit card in over a dozen years. Still, I recognize it’s not easy to be a saver in a culture where one is constantly being bombarded with seductive messages about things to buy—things which will supposedly bring happiness. Considering how loud and prevalent these messages are, it is understandable how children of immigrants might not value saving as much as their parents. That notwithstanding, I believe it’s not only a consumerist culture that makes it hard for the younger generation of immigrants to save but the challenges of making ends meet. I imagine there are thousands of hard-working young people who’d love to save and live a debt-free life but can’t because low salaries, massive student loans, high cost of housing, and the concentration of most of the country’s wealth in the hands of a tiny minority make it difficult for them to have any money left at the end of the month.

JV: Immigrant novels tend to show how hard the struggle is in a new country but yours also has a twist in that it depicts the opulence and dysfunction of the Edwards as well. But it’s nuanced, I find. The Edwards kids redeem the family. There was no motive behind their friendship with the Jongas, no class barriers. Cindy was the only one who usurped her perceived power. I almost felt sorry for Clarke.

IM: I was interested in examining both sides of the American Dream—those striving to achieve it and those who’d already achieved it and were equally striving to hold unto it. These pursuits take a toll on both families in the novel, as it does on countless families in America, regardless of which side of the Dream they’re on. In addition to their struggles, the Edwardses and the Jongas are also interdependent on each other and this gives the characters powers over one another, powers which they wield differently to keep their dreams alive.

JV: Unlike the Jongas, though, Cindy Edwards seems to wield a certain power of her husband. He acquiesces to her concerning terminating Jende’s employment in a way that I couldn’t imagine him doing if the roles were reversed. Clarke seems to be ultimately a weak person.

IM: Indeed. There is marked difference in the kind of husbands Jende and Clark are—the power they exude out in the world and the power they exude in their homes is different, and I can completely see why you think Clark is a weak person considering the fact that at home he’s not the powerful man he is at Lehman. Then again, is Jende any less weak considering some of his actions? Their wives, on the other hand, make the best of their limited powers and there is something to be said for that. 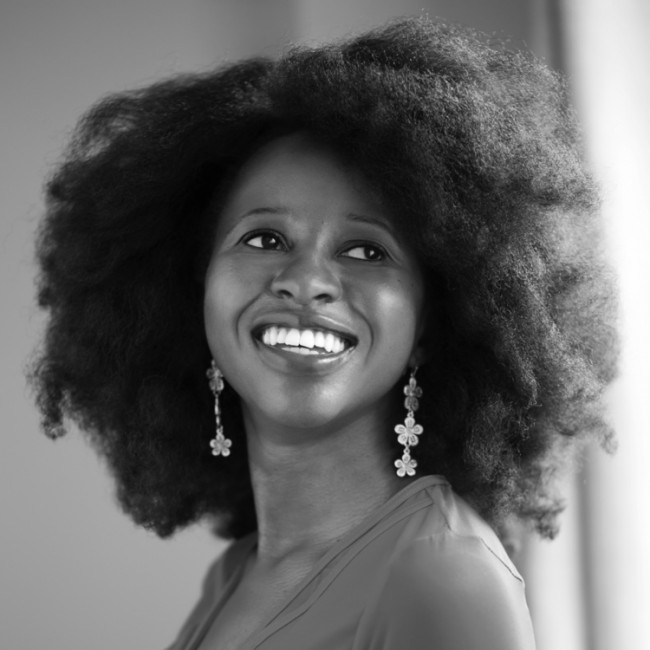 JV: Are you turning into a celebrity back in Cameroon and Limbe? There must be a big buzz on the novel? Have you been back recently?

IM: A celebrity? Ha ha, hardly. I haven’t been back to Limbe recently but I imagine that, thanks to the Internet, a few people there have heard that someone in America wrote a book about a family from Limbe. The book hasn’t been published in Cameroon so most book-lovers there know nothing about it, though, I’m hopeful it will be available there one day—I imagine readers there, particularly in Limbe, will have a singular interpretation of the story.

JV: What is your writing routine like? Are you as hard working as your characters?

IM: I write at the dining table in my living room and I don’t have much of a routine—I write whenever I can string an hour or two together, though I prefer to write when the apartment is quiet. And I certainly think of myself as hardworking. There’s a scene in the novel where Neni is in the living room doing homework from late at night to the early hours of the morning—I, too, stayed up all night, dozens of nights, so I could take advantage of the quiet to work on this story.

Jeff Vasishta started his writing career as a music journalist interviewing legends such as Prince, Beyonce, Dr. Dre and Herbie Hancock for publications such as Billboard, Yahoo.com and The Daily Telegraph. He’s recently written for Rolling Stone, Interview, The Amazon Book Review and, of course, The Open Bar.

Imbolo Mbue is a native of Limbe, Cameroon. She holds a B.S. from Rutgers University and an M.A. from Columbia University. A resident of the United States for over a decade, she lives in New York City.

Dear Reader: A Q&A with Jia Tolentino
Tin House and the Ace Hotel