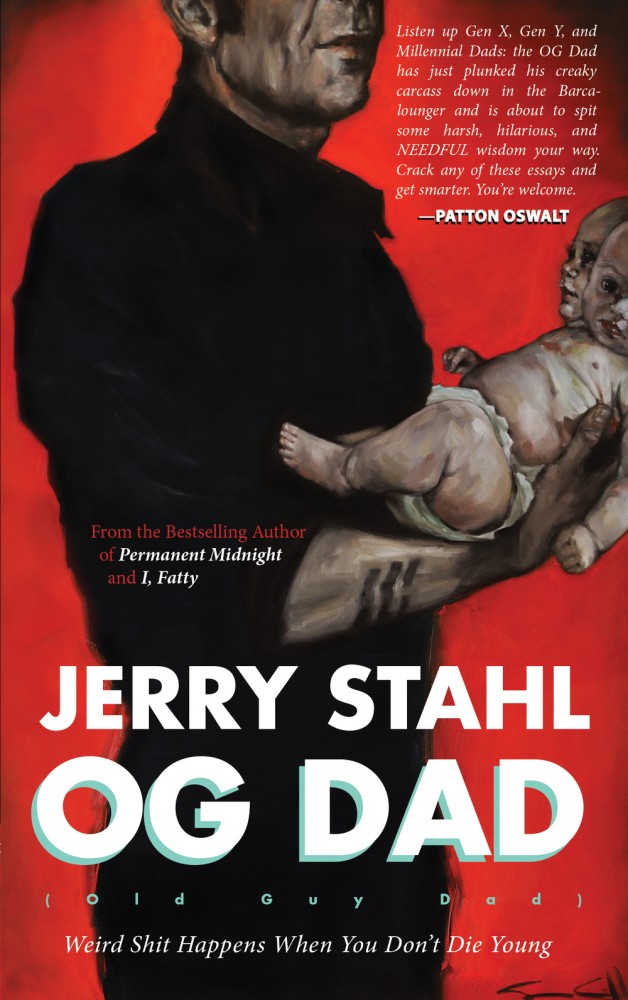 Jerry Stahl has just released OG Dad: Weird Shit Happens When You Don’t Die Young with Rare Bird Books. Lydia Lunch has just released her musical retrospective LP, Retrovirus – Urge to Kill. This conversation was conducted in a manner not appropriate to reveal to the fair readers of Tin House. What you don’t know… well, does it even fucking matter?

Jerry Stahl: Actually did one, in the 80s, called Jackie Charge. It was about a Peeping Tom, played by the late Fox Harris (the one eyed man from Repo Man) who becomes a kind of hero, spawning peep cults all over the world. It was supposed to run for two weeks but ended up doing six months at the Gene Dynarski Theater on Sunset Boulevard. Timothy Leary came a couple of times. It became kind of a Thing.

How it happened to even be a play is maybe a better play. My writing partner, the director Stephen Sayadian (AKA Rinse Dream) and I did this X-rated movie called Café Flesh. Café failed miserably as a porn movie – I still remember Japanese tourists running out of the Pussycat Theater screaming, my proudest moment. But then, a year later, it ended up replacing Pink Flamingos at midnight theaters and became a cult smash. After that, there were all kinds offers for movies, and for no reason that I can remember, we didn’t pursue any of them and did a play instead.

Last week I read DeLillo’s The Day Room, which was fantastic, in all the DeLillo-y ways, and it hit me all over again, plays and poetry—much as I admire and envy them—require a kind of math that exposes me for the finger-counter I am. 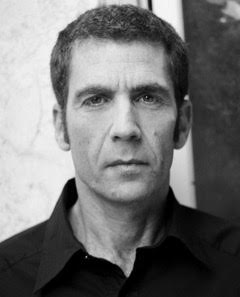 LL:When we first met, you mentioned you had something like seven unpublished books. I was stunned. In 2015 it’s just as difficult to find a publisher you can trust, that will promote or pay any kind of advance or who will follow through on their initial interest. Will books eventually go the way of 8-track tapes? Why is it still important to have something manifest in the physical form as opposed to online?

JS: Yeah, six or seven. I would always publish the first chapters as short stories, a couple in Playboy, the others some little lit mag or another, and then I’d write the whole fucking book. I guess I was in love with the characters. Who were, no doubt, were some version of whatever weirdo I was at the time. Anyway, since then I’ve had people ask about publishing them. But, you know, I moved around a lot, pretty much lost everything ten times over, and a box of writing can really slow you the fuck down if you’re trying to get of somewhere fast. Especially if there are stairs involved. I pretty much lost everything ten times over. Though I didn’t think of it as losing stuff, I thought of it as moving.

That said, I’ve had books with busloads of promotion, and I’ve had some that come out and it’s like dropping a baby on the steps of a fire station and hoping it doesn’t get eaten by homeless guys. I have no expectations.

Doesn’t matter if it’s indie or corporate—whatever that means any more—at this point every book is like a one-night stand that might turn into something. If it doesn’t, then you hopefully had a good night. (And by good, I mean clawing your own eyes out, mumbling to yourself, and reading the same sentence out loud 9,000 times.) I think it was Mailer who called writing novels sanctioned schizophrenia. Everybody’s good at something.

As to physical pages versus online, it’s not something I sweat. Words are words, however they make their way into your tainted little brainpan. And vinyl’s making a comeback, so who knows?

LL: What’s the last book you read that made an impact on you?

JS: Man, outside of the ones I read over and over—your Celine, your Denis Johnson, your Flannery O’Connor, Selby, and Tosches—there are a ton of writers who have blown me away. The last one that floored me was Jim Givens’s short story collection, Middle Men, which is such a strange brand of tormenting and funny I can’t even describe it, plus every story mentions Del Taco.

Other people I’ve been reading this year who killed me: Blake Butler, Michelle Tea, Krista Faust, … Non-fiction wise, Chris Hedges kind of rips my heart out. Michelle Alexander, Naomi Klein… Don’t get me started. Plus I keep a pile of Paradoxias around to pass out at Christmas.

LL: When you set out to take on a large project, do you go into isolation and lock down? Or do you need to listen to music, read, watch films for stimulation? Do you have a specific ritual or type of discipline you undergo to focus in?

JS: I’m kind of a binge writer. I used to wrestle with the question: Do I have no life because I write, or do I write because I have no life? On Pain Killers, about four books ago, I worked from midnight to nine AM, I had an assistant who brought groceries and walked the dog in the morning—I’d walk the poor beast at three or four AM, when everything is kind of menacing. I just lived in that book, knee-deep in Nazidom. Like I carved a hole in the visible world and set up shop in Disturbo-ville. Sometimes, like now, it’s the opposite: there’s too much life, and you write with baby screaming and Frozen on TV and deadlines wrapped around your throat like kudzu…

At least half my books were written while writing other books. It’s like if Doctor Frankenstein got distracted and forgot about creating a man and spent two years making  a really cool tumor.

A lot of OG DAD was written in my old husk of a Cadillac. On some level the columns were like thousand word screams from a guy drowning in difficult happiness. The thing is, babies are so much more dangerous than heroin. But both involve periods of indescribable, visceral joy alternating with moments of sheer terror. And you can’t fuck up or the consequences are deadly. Throw in the reality I don’t want—and can’t stop—thinking about: that by the time my little girl is 15 I’ll be the one in a diaper, and you’ve got yourself a party. 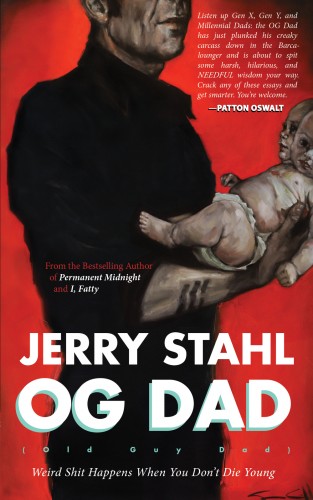 LL: What’s gnawing at you next that needs to be done? Is there a subject you feel you need to tackle? Is there any relief once a project is completed or just more aggravation about what still remains undone?

JS: I’ve been working on and off on a novel about Sammy Davis Jr. and Donald Goines in 60s and 70s L.A. for about seven years. And I’m signing on to do a graphic novel, which I’m kind of excited about. My French translator, Alexis Nolent, under his other name, Matz, is heavyweight graphic novelist. You’d love his series, The Killer. And I’ve been reading The Fadeout, by Brubaker and Philips. A great Hollywood noir series. But in the end, who the fuck knows? I never know what I’m thinking or doing until I see it on the page. And even then, sometimes it’s questionable. But the world has become such a heinous place, a non-stop hell ride for the majority of its occupants, and for me writing is the machete that helps me hack through the madness, while simultaneously feeding off it.

In terms of relief and aggravation, they exist like alternating currents. I don’t get too aggro any more. There’s no point. One wrong move, and you’re running up the down elevator just to stay in the middle.

Jerry Stahl is the author of nine books, including the memoir Permanent Midnight, made into a movie with Ben Stiller, and the novels Perv, Happy Mutant Baby Pills, and I, Fatty. His most recent book is OG DAD: Weird Shit Happens When You Don’t Die Young. His work been widely translated, anthologized, and awarded a Pushcart Prize, among other honors. Stahl’s non-fiction has appeared in Esquire, The Believer, BookForum, and a variety of other places. His screen work includes the HBO film, Hemingway & Gellhorn and, most recently, he writes for the IFC series, Maron.

Lydia Lunch has released too many musical projects to tally, has been on tour for decades, has published dozens of articles, half a dozen books and simply refuses to just shut up. Brooklyn’s own Akashic Books have published her recent anthology Will Work For Drugs, as well as her outrageous memoir of sexual insanity Paradoxia, A Predator’s Diary, which has been translated into seven languages.  Ms. Lunch has also contributed to Akashic’s Heroin Chronicles edited by Jerry Stahl.

Jim Krusoe Speaks: An Interview with the Author of Parsifal