Michael Arceneaux makes the tightrope walk between vulnerability and hilarity look easy. His debut essay collection I Can’t Date Jesus landed him on the New York Times bestseller list, and his essays, which have published in Essence, Teen Vogue, Rolling Stone, The Guardian, The New York Times, and more, tackle tough topics with wit and panache.

In the latest installment of our Dear Reader writing residency with Ace Hotel New York, Tin House invited Michael to spend a night at Ace and, while there, write a letter to an imagined audience. The contents of his letter have been kept secret, but today, it will be placed in each room of the hotel. To celebrate, we caught up with Michael to talk justice for Zora Neale Hurston, morning routines, and the Real Housewives of literary history. 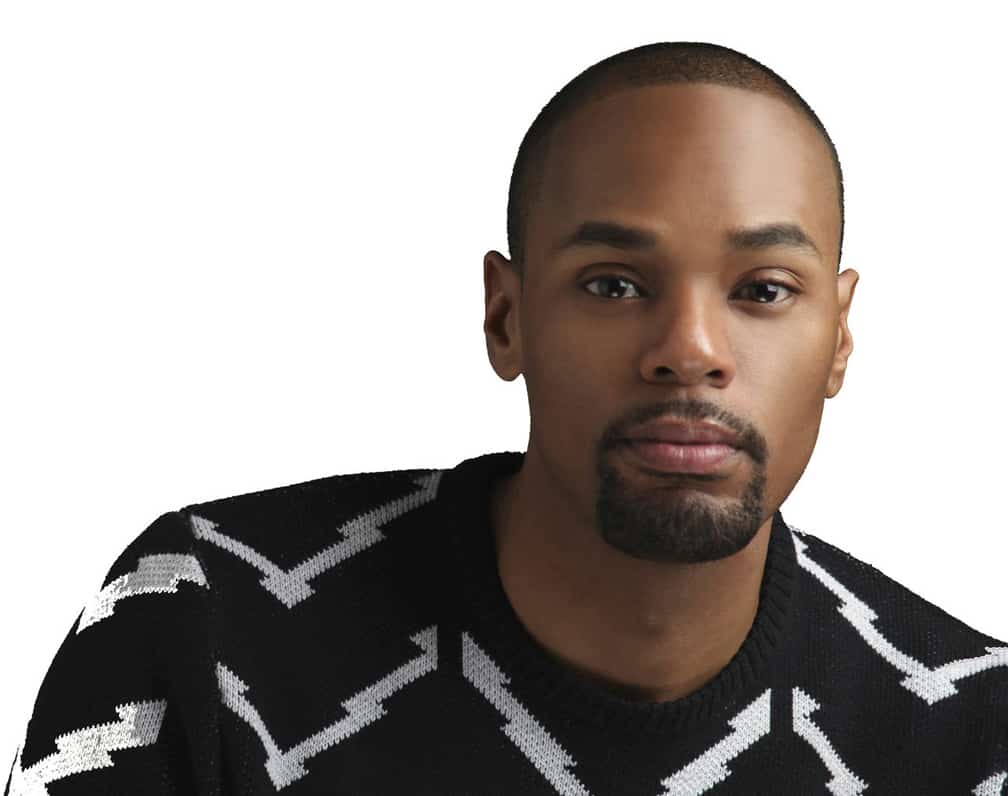 MICHAEL ARCENEAUX: I would love to write back and forth with Zora Neale Hurston. I tend to read mainly nonfiction, which I know is like “whew chile, the ghetto” to a lot of the more refined writers and what not, but I am a fan of hers, especially a lot of her short fiction as I do enjoy a lot of short story collections. I have always appreciated her use of Black dialect ’cause I’m country. Also, I think the way she used it made for a much better understanding of her characters. The obvious character would be Janie in Their Eyes Were Watching God, but it’s true of much of her fiction.

However, I know that some were critical of that at the time (along with other matters related to her work), so while I know this may make me sound like the Andy Cohen or Nina Parker of The Real Housewives of The Harlem Renaissance: Reunion, but if I could write, “Sis, Richard Wright needs to have a sip and shut up about this book,” I’d be totally into it. I apologize to the ancestors and living elders in advance if I’m already offending y’all. But seriously, I do value her work and I hated that she died poor. It’s honestly been one of my fears in trying to have a career as a writer that I would die poor and only be truly appreciated until long after I was gone.

As a working writer, particularly one who writes heavily for various outlets across Al Gore’s internet, a lot of my writing assignments are time sensitive so generally I have an idea of what I want to say when I pitch or am pitched to. When it comes to my book writing, I have a general outline, too, because one, you already sold your book on proposal so the template is already there, and two, I’ve just become wired that way after having done largely digital media work for nearly a decade. I apologize to fans of spontaneity and the rush of unforeseen creative inspirations that transforms prose. However, there were instances on I Can’t Date Jesus in which two chapters ended up a lot differently than I anticipated. One chapter in particular about my father wasn’t trashed per se, but had to be changed after I had a talk with my sister. In learning more about my dad’s relationship with my uncle before he died, I didn’t have to put aside my feelings and experiences, but she added so much more context. So I had to sit with it. I mean really sit with it; not to just react to new intel, but table it, process it, and then go back and pour myself out all over again. It made everything for the better.

I have more recently been making much better use of the Notes app. I like to hand write a lot of things, but I’ve come to realize doing it on the phone is better for me because I can jot down some idea, and while traveling—particularly on that awful MTA in NY—I build little by little on it. A lot of my second book ideas came out from toying with the Notes app and handwriting an outline while eating brunch solo and casually talking to a beautiful bartender that isn’t into men, but what the hell, he’s still cute so I’m going to chat anyway.

My main intentions with my work are to make people laugh and to make people think. I try not to think too heavily about anything else because it can become distracting. Like, I’m aware and conscious of the things I say and how I say them, but I try not to overthink because if I do, God, it’s just going to take me so much longer to get anything done. I want everyone to read me so I do the best I can and hope it reaches as many as possible.

I still think of myself as a bit under the radar (to the boos and hisses of select friends and colleagues), so I am always pleasantly surprised when anyone reads my work, but I am actually never surprised at having a diverse readership. One of my very good friends and former editors once told me “You write for Black people.” What he meant was I don’t focus on the white gaze nor do I concern myself with worries that if I sound too uh, colloquial, that I will alienate non-Black readers. I Can’t Date Jesus is a book I wish I had growing up as a working class, southern Black gay boy. I wrote it from that perspective and knew people like me would be the first to gravitate towards it. I’m so proud of that, but there are also a lot of white people in their 70s reading it. I know because they email me all the time. Others—namely in publishing—felt I would be “niche,” but I write about religion, intimacy, doubt, fear, and learning to love myself and enjoy pleasure. Those are universal themes, so while I may be not surprised the book is connecting with a wide readership, I’m glad they are surprising the people in publishing who often fail to give non-white writers the benefit of the doubt.

Bitch Is The New Black by Helena Andrews. She is probably tired of me saying this, but I adore her as a writer, I love her book, I love her voice, and I think she was, in hindsight, somewhat ahead of her time because she definitely paved the way for a new generation of Black memoirists and deserves her flowers. This is also just another good way to publicly push and get more books out of her. If I can get a bonus, Bulletproof Diva by Lisa Jones.

I shoot up at 6:00 a.m. pretending that I’m going to immediately get to writing, but in reality, I’m just going to turn on Morning Joe because my body literally now wakes up to its schedule. How long I watch depends on how quickly someone on the panel says something that annoys me so then I go freshen up. Next up: my morning jig, a thing I do every morning in which I dance to some song in order to have a little joy before someone tries to ruin it. Eventually, I decide to write a little on my phone because I’m not ready to sit at that desk yet. I’ll have some caffeine – ideally something I already have in the fridge or I’ll convince myself that paying $5 for an oak milk latte will really get me going when I know this is just me wasting time and I have private student loans—meaning I shouldn’t be in that coffee shop anyway. Obviously, hours have passed and then I finally settle down to write after Wendy Williams finishes Hot Topics, of course.

I don’t really get to writing until I end up using the Freedom app to block me from the internet so I can spend hours writing. I don’t recommend this, but in my defense, my discipline has waned because I have yet to take that vacation that’s probably seven years overdue now.

Dear Reader: A Q&A with Claire Fuller
Tin House and the Ace Hotel