Jamel Brinkley’s extraordinary debut story collection, A Lucky Man (Graywolf), came out this summer to rave reviews. The New Yorker called it “a trenchant exploration of race and class, vividly conveying the tension between social codes of masculinity and the vulnerable, volatile self.” The Root called it “revelatory.” And now we can all call it a National Book Award Finalist.

Jamel is a Wallace Stegner Fellow at Stanford University but recently made a trip to New York, where he became our latest Dear Reader author. Over the course of a night at Ace Hotel New York, Jamel penned a letter to an imagined audience—a letter that’s been kept secret until today, when it will be placed bedside in each room. We caught up with Jamel to talk James Baldwin, questioning assumptions, and the perfect pen. 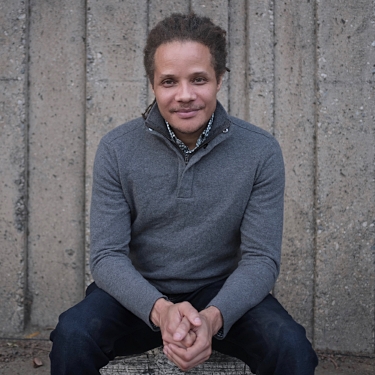 JAMEL BRINKLEY: The first person who comes to mind is James Baldwin. His combination of brilliance, insight, warmth, humor, and rhetorical mastery would be incredible to engage with, especially during these trying times.

I’m definitely the kind of writer who discovers my path as I go, even at the risk of taking the wrong path, having to retrace my steps, and then trying an alternate direction. An unexpected path isn’t necessarily a wrong path, however. Part of what makes writing fun for me is encountering something unexpected, unintended, and wonderful.

I think about my audience to the extent that I want to remember that writing stories is an act meant to be shared, not something just for my own private pleasure. I try to keep in mind, especially during revision, that what I’m doing at every turn is attempting to communicate. When I do imagine the particular readers that might make up my audience, I think of people like me or my family and friends. It seems important for a black writer to think of his or her readership as black or of color. Too often, discussions of readers, or notions of “the reader,” seem to assume that one’s audience is white.

One book I’ll mention is Oreo by Fran Ross.

I have to write at home. I can’t work in libraries, cafes, or other public spaces. I compose first drafts on my laptop, but I revise using a printed copy and a pen. My pen of choice is a Pilot Precise V5 (Extra Fine) Rolling Ball pen. Using anything else to revise feels strange.

Dear Reader: A Q&A with Christopher Soto
Tin House and the Ace Hotel