Rowan Hisayo Buchanan is author of the award-winning Harmless Like You (W. W. Norton, 2017), heralded by Alexander Chee as “the kind of novel our century deserves.” She’s also editor of the new anthology Go Home! (Feminist Press, 2018), in which Asian diasporic writers tackle urgent questions of belonging, displacement, and identity. Rowan is based in the UK, but lucky for us, her tour for Go Home! brought her to Manhattan, where she was writer-in-residence at Ace Hotel New York.

As this month’s Dear Reader author, Rowan spent her night at Ace penning a letter to an imagined audience of strangers. Her letter has been carefully guarded until today, when it will appear in each hotel room. We caught up with Rowan to talk about writing as logic puzzle, makeshift rituals, and why it helps to imagine “a guy wearing a plaid shirt, sipping an IPA, and asking why I’m wasting his time.” 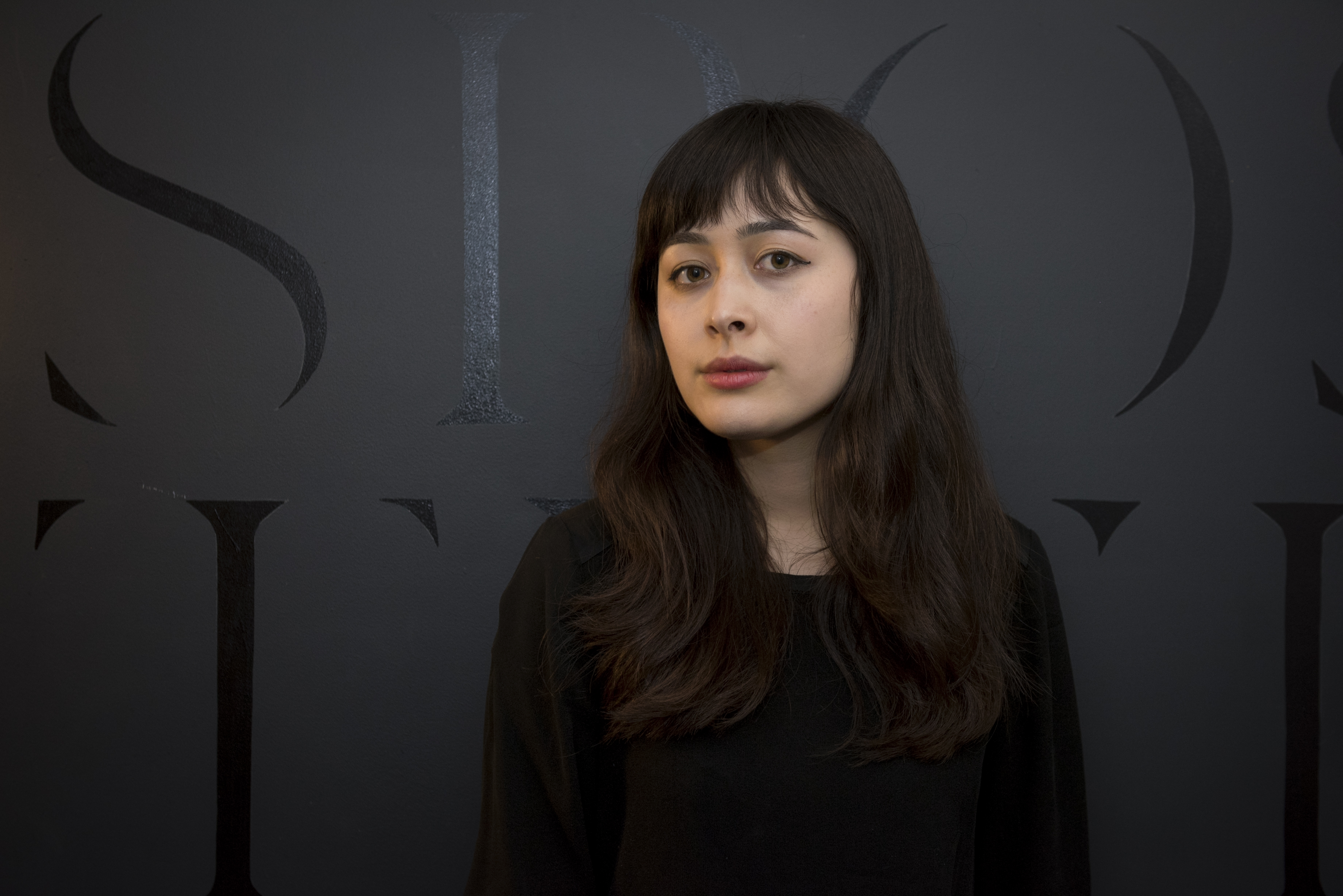 ROWAN HISAYO BUCHANAN: I’ve been reading Virginia Woolf and Vita Sackville West’s letters. The flirtation is so intense; at one point Virginia writes to Vita that she imagines her stamping out the hops, “stark naked, brown as a satyr, and very beautiful.” In another letter she calls her, “my dear Creature.” Can you imagine being called my dear Creature by Virginia Woolf, especially with that capital C? Vita goes abroad and writes to Virginia of “lion-coloured rocks.”

Reading such letters should, I suppose, prompt me to run to pen and paper. But I think I’m a little intimidated by it. Letter writing is in some way a collaboration. You have to draw out and be drawn out, and it seems a bit impertinent to think I could do that with any of my literary heroes.

So perhaps instead, I’d like to write to Sylvia Plath’s best friend or Vladimir Nabokov’s next-door neighbor. I’d survive on nibbles of gossip and hearsay.

I begin with a question that I know the story must answer.

In the case of my novel Harmless Like You, the question was: Why would a mother leave her child?

I set up conditions, almost like you would in a logic puzzle.

New questions spurted up around that first question. What sort of man will that child grow up to be? Where does she go? Why?

And by the time I’d answered all those questions I had a novel draft.

Usually with the very first draft it’s just me, the characters, and a mug of tea going cold. As I edit I begin to imagine readers. Usually, the audience I imagine is half some small vulnerable version of myself and a guy wearing a plaid shirt, sipping an IPA, and asking why I’m wasting his time.

And yes, I have been surprised. The lovely side of social media is that strangers can reach out to you from across the void. My novel is about a Japanese artist living in New York and her mixed-race son. I was delighted to hear from some Asian Americans and mixed race people that it spoke to their own experiences in one way or another. But I’ve also had a middle aged Scottish man tell me that he was deeply moved. He made his wife and daughter read it afterwards! I was delighted.

The Ms. Hempel Chronicles by Sarah Shun-lien Bynum. They’re linked short stories about a young teacher. She herself barely feels like a grown-up and yet she is in charge of children. The stories are both absurd and tender. And, as a former high school teacher, I can confirm deeply true.

Oh—and also the work of Anita Brookner. She was writing in the 80’s and 90’s. Her novels are a quiet, snarky, and deeply invested in the private lives of women. I only just started reading her work, and I wish someone had told me about her years ago.

Today, I’m composing my answers to your questions while on a plane because I’m touring an anthology I edited. (It’s called Go Home!) In the seat in front of me a baby is being rocked up and down, his little head appearing in the aisle to my left. Although cute, his fluctuating presence is not my writing ideal. Nevertheless, it’s time to dig into the draft of my next novel. 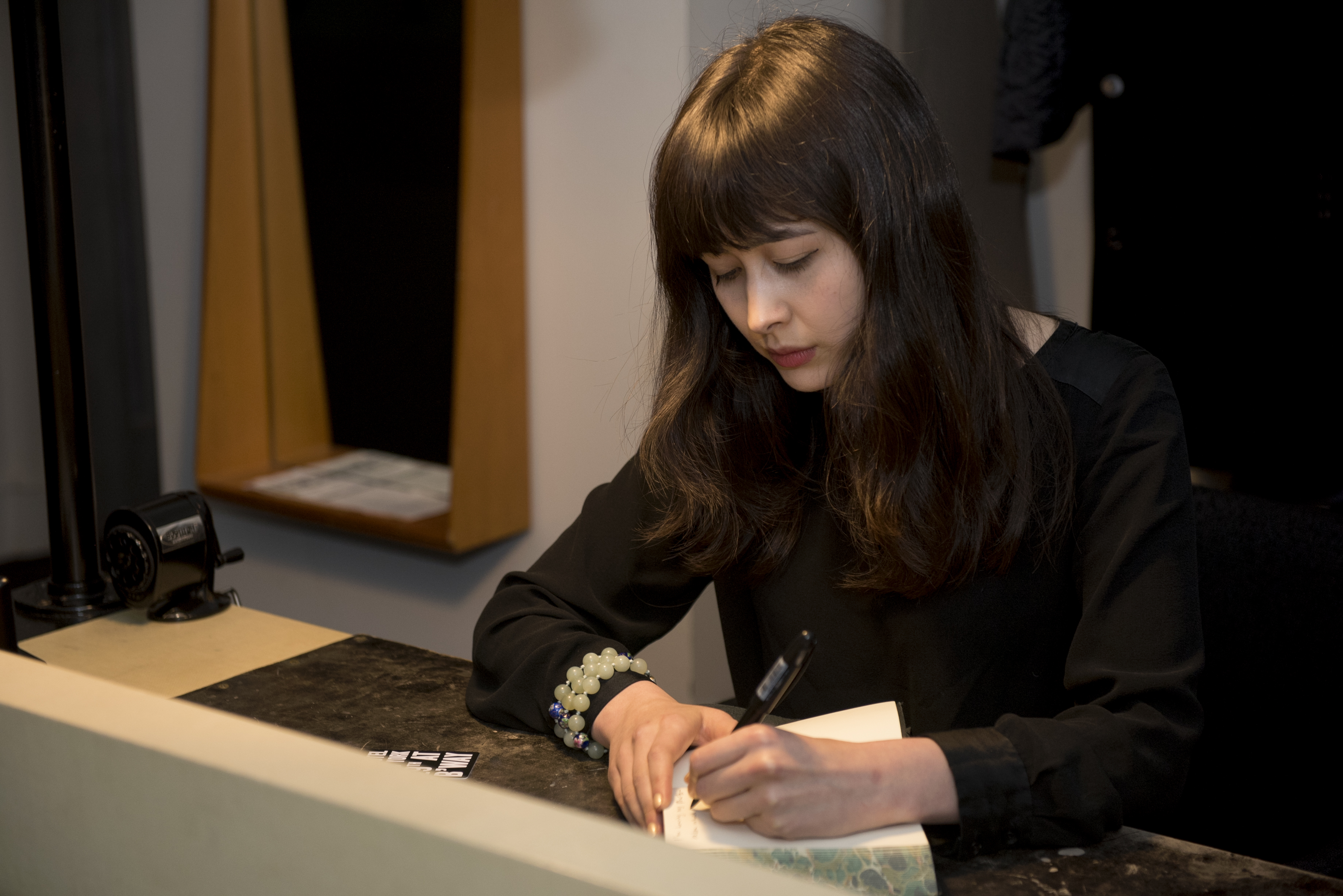 Dear Reader is a collaboration of Tin House and Ace Hotel New York. You can find this interview and other delights on the Ace Hotel blog