If you’re just now joining us, Dear Reader is Ace Hotel New York’s beloved micro-residency for writers, and Tin House is its lucky curator. Each month, an author selected by Tin House spends one night at Ace and, while there, pens a letter to an imagined audience. What they write remains a mystery until a surprise date the next month, when the letters are placed bedside in each room.

This month’s letter-writer is Jia Tolentino, contributing writer at newyorker.com, formerly deputy editor at Jezebel and contributing editor at the Hairpin. Jia’s letter drops today, and we caught up with her to talk arguments, reading like an industrial vacuum, and being kind. 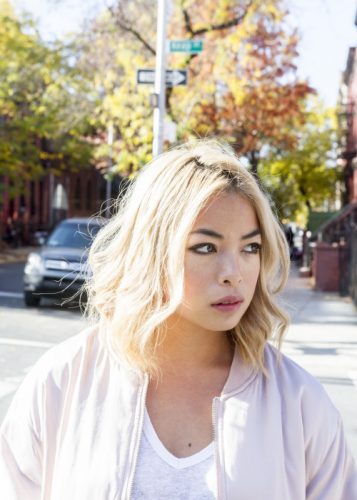 I would probably decline the opportunity, as living in New York means drowning in group text and I already feel like I am not a good enough correspondent with many of the people I love. But if I really had to pick, I’d go for someone in the moral stratosphere, like Tolstoy, or someone silly and charming, like Eve Babitz when she was my age in LA.

In general, I like to have the sense of how something is going to move, which is one of the reasons I gravitated towards nonfiction while and after doing an MFA. I find the unlimited possibilities in fiction exhilarating but paralyzing, and when you’re making a case about something concrete, it’s much easier to discern the best, or at least an objectively OK, way to go.

When I’m working on something, I’ll spend a little less than half of the time warming up the idea and then writing the start. After that, I can go more freely. As a rule I would like to surprise myself while writing a piece, because if you don’t, the whole practice feels humiliating. I hate reading a piece where it feels like the writer is just performing stenography on some pet idea—trying to prove something that she already feels sure of, rather than figure something out.

I write mostly to push and entertain myself. Or I’ve found it helpful and easy to think about writing that way, because it feels excruciating to consciously think about reception, particularly for something that’s still taking shape. That being said, my first jobs in media were editing jobs, and editing, particularly on the internet, forces you to develop audience awareness: you learn exactly which types of people react in what ways to what. So I’m sure that calculation is there and whirring. I can feel it when I’m trying to argue a tricky point.

I have been really surprised, very often, by people who respond to things I’ve written—particularly people writing across political orientations and demographic concerns. I’ve swallowed my fair share of shit, and maybe courted it, but generally people have been inexplicably wonderful, and made me feel like it’s always worth it to try and be careful and kind.

Every year there are a couple books I try to push on everyone—right now it’s Exit West—but I mostly like to give people very personal recommendations and only on request. I always wish more people would talk to me about books they love! I read like an industrial vacuum goes about its business—I will read anything you tell me to, probably later that week.

Hell no. I like writing, and I don’t force or baby myself into it unless I really, really need to. I’m also conscious of having an extremely conducive and pleasant life, in which being delicate about writing would be basically inexcusable. But I do work particularly well when I’m alone in the house on a weeknight, without an immediate deadline, feeling easy and weird. 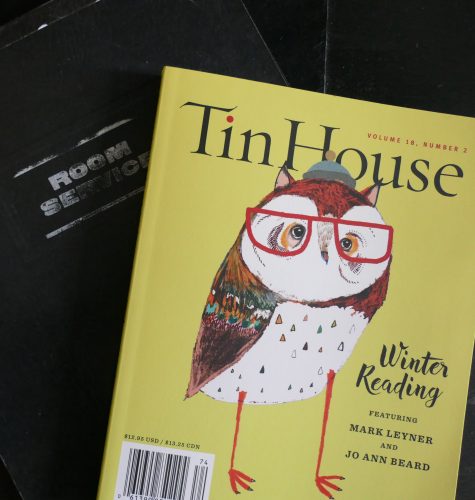 Dear Reader is a partnership of Tin House and Ace Hotel New York. You can find this interview and other delights on the Ace Hotel blog.