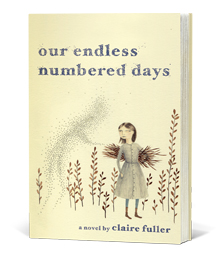 My daughter stood on the footpath in Crab Wood, under her blue umbrella. She pointed out sticks for me to pick up. The sticks needed to be long, but not too long; thick, but not too thick; and straight, without leaves. It was August in England, and although we’d had a fine summer, it had been raining all day and the sticks were muddy. I picked them up without complaining. My daughter didn’t speak much, even though the idea that we should recreate the US cover of my novel had been her suggestion. Still, I was happy to be spending time with her, because she is seventeen and I don’t get to do that very often any more.

When I was her age I came home from school one day, and my mother handed me a copy of our local newspaper in which she had circled some rooms and bedsits that were available to rent. She gave me the phone and she told me to start calling. A couple of weeks later, when my A’ level exams were finished, I packed a suitcase, put my spider plant and few books in a box and left home. Of course my mother making me leave didn’t come out of the blue – we hadn’t been getting on for months, in the usual way in which mothers and teenage daughters often don’t get on: I was moody and uncommunicative, and had a boyfriend she didn’t approve of; she was intolerant and unempathetic, and now, looking back, I think she found it hard to be the mother of a teenage daughter. 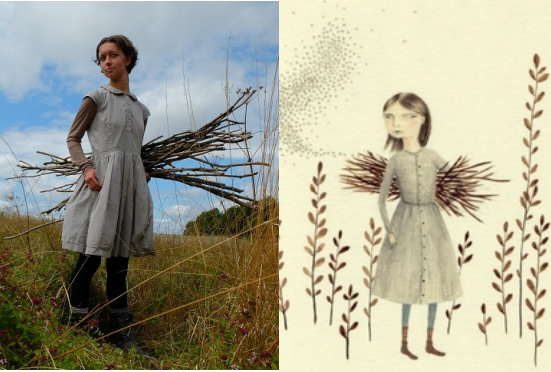 I moved to a city I barely knew and into a house shared with strangers. I negotiated my way around the housing benefit system, lived on toast and marmite, learned how launderettes worked, joined the local library and forged my mother’s signature on my university application form, which in those days needed to be signed by the applicant’s legal guardian. And I didn’t see or speak to my mother for the next four years.

They say that only when you have a baby of your own, do you understand the fiercely protective attitude your parents had. It hasn’t been like that for me. Now that I have teenage daughter of my own and a wonderful relationship with my mother, I will never understand how she could have forced me to leave home without knowing where I was living, or even if I was alive. But, what I did come to understand when my daughter hit her mid-teenage years, was how difficult it can be to live with a teenager, and why my mother struggled with me. My daughter is often moody and uncommunicative, and she is suffering from the aftermath of her first relationship, which, it so happens, I didn’t fully approve of. She is almost an adult and I am trying not to repeat history. There is nothing she could do that would make me force her to leave home, but it is painful to recall how we used to get on, the fun we would have together, and how much she used to talk to me. Every day I miss the child she once was.

So when my daughter suggests we do something together, just the two of us, I jump at the chance. Back in Crab Wood my daughter decided we had the right number of sticks. I put them in the back of the car, and we drove along the wet lanes of Farley Mount Country Park, my daughter staring out of the passenger window at the trees flashing past, neither of us speaking. After a while we came to a suitable field: uncut, a gentle grassy slope, no livestock. She climbed the five-bar gate, I passed her the sticks and followed her; the photograph of the book cover in my pocket. The rain stopped and the sun came out and I took a picture of my daughter amongst the tall grasses with the bundle of sticks tucked under her arm and I knew that when she is twenty, or twenty-five or thirty, or any age, I am going to miss my moody, uncommunicative seventeen-year-old. 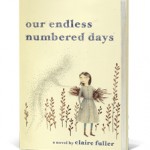