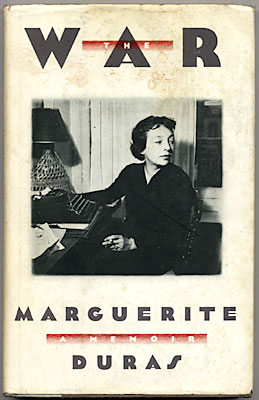 “My Wars are laid away in Books,” Emily Dickinson wrote. It’s a peculiar beginning; the poem goes on to personify death (classic Dickinson), who takes away the speaker’s “playmates,” leaving her alone, pining for the afterlife, where, presumably, she will frolic with her “chums” again. That’s the surface reading. The most intriguing line of the poem, that first invocation of war and books, holds the key to the poem’s subtext. Life is the childhood of the spirit, she seems to say, a time for lessons, and play, and heartache. Dickinson’s battles were book-borne, written on scraps of paper, the poetic documents of a soul fettered by the mortal coil.

For all its symbolism, that first line has a life of its own. At least it always has for me. It brings to mind late nights of history homework, Shakespeare’s Coriolanus, and the events of two wars in Iraq –wars that I and most of my friends experienced through our  televisions alongside Buffy the Vampire Slayer and America’s Next Top Model. The line presents a paradox: the safe distance of the historical record; and the only entry to an experience as mysterious and personal as dying.

When I studied English and American Literature in college, I found myself drawn to females writing about war. It’s not as celebrated, the home front, with its Victory Gardens and rationing, its domestic ennui and abstract terrors, but there were women whose words cut as close to the bone as any by Ernest Hemingway or Siegfried Sassoon. Emily Dickinson never drove an ambulance through occupied France, like Gertrude Stein, and she didn’t live through the London Blitz, like Elizabeth Bowen, but she gave me a language for talking about the female experience of war.

Culled from my bookshelf, here’s a short course in women and war. If you’re looking for battle scars, read between the lines.

“The Demon Lover” by Elizabeth Bowen (From The Demon Lover and Other Stories)
Elizabeth Bowen actually wrote quite a bit about war. Last September is about the Irish war of independence. Heat of the Day is about espionage in London after the Blitz. But “The Demon Lover,” a story of just a few pages, packs the most emotional punch. One war comes back to haunt Mrs. Drover in the midst of another war. It’s a nightmare of war in spectator pumps. 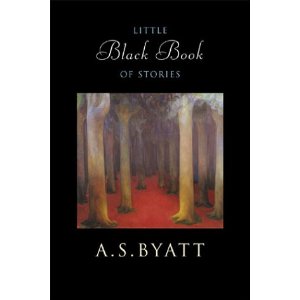 “The Thing in the Forest” by A.S. Byatt (From Little Black Book of Stories)
I’ll admit to being a fan of A.S. Byatt, despite getting bored with some of her novels (who didn’t skip at least some of those poems in Possession?), and the reason is that she writes bracing short fiction.  This story, of two girls evacuated from London during WWII, is one of my favorites. Part fairy tale, part horror story, it perfectly depicts a child’s sense of morbid details and the accompanying moral anxieties.

The War: A Memoir by Marguerite Duras
The French Resistance is a favorite topic of mine, partly because so many women actively participated. Duras’s memoir vividly recalls her involvement with a resistance newspaper for the families of prisoners, the painful months she waited for her husband’s release from the Bergen-Belsen detainment camp, and his return, near death with typhus.

Pale Horse, Pale Rider by Katherine Anne Porter
Probably my favorite short novel ever. It concerns the 1918 flu epidemic more than WWI, but the heroine’s relationship with Adam, a soldier about to ship off, and her right-leaning coworkers at a newspaper, nudge it into the territory of writing from the home front. Porter’s way with delirium will stay with you.

Mrs Dalloway by Virginia Woolf
Have there ever been two lines juxtaposed so alarmingly as these: “Every one has friends who were killed in the war. Every one gives up something when they marry.”  The worldly, the domestic: both fields of engagement. The tension of a whole novel in two lines!

The Seas by Samantha Hunt
In some ways, my novel, Glaciers, is a response to this ravishing book about a girl marooned on the home front, her dreary seaside town, and the haunted Desert Storm soldier for whom she pines. One of the most beautifully-understated, surprising, and imaginative novels of the last ten years.

Alexis M. Smith grew up in Soldotna, Alaska, and Seattle, Washington. She received an MFA in creative writing from Goddard College. She has written for Tarpaulin Sky and powells.com. Her first novel, Glaciers, a Tin House Books New Voice, was published in January. She has a son and two cats, and they all live together in a little apartment in Portland, Oregon.

The Art of the Sentence: Alice Munro