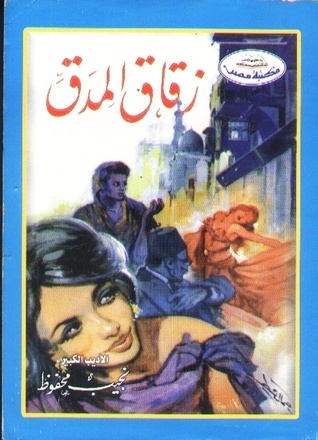 It’s frustrating when the work of a single writer comes to stand — in the minds of American readers, at least — for the writing of a whole country. It’s not quite xenophobia, but it is a kind of shorthand absolutism, one that likely comes from the small number of foreign-language novels translated by the mainstream American press. 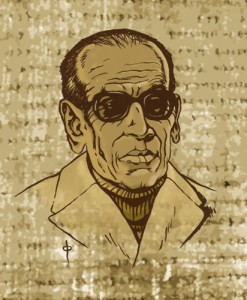 Once writers become synonymous with the places they live, this identity has tenacity in the popular imagination. It becomes a part of a ‘brand.’ In this way, numerous Nigerian novelists have for years been overshadowed by Chinua Achebe, Czech writers by Milan Kundera, and — arguably — Japanese writers by Haruki Murakami. (Every argument has its exceptions, obviously — and they do spring to mind immediately: Ben Okri, Bohumil Hrabal, Kazuo Ishiguro.)

Few national literatures, however, have been as marked by a single author as Egypt’s literature has been marked by Naguib Mahfouz. A titan of international letters — and the only Egyptian author to be honored with the Nobel Prize — Mahfouz dominates most any discussion of Egyptian fiction in the 20th century.

But who is Naguib Mahfouz, the novelist? Not many of his works are broadly known in America.  The Cairo Trilogy gets all the attention — but it’s resoundingly not his best work. Mahfouz has a number of much better books. Here’s a thumbnail list of my six favorite:

The Thief and the Dogs (1961) Perhaps the most ambitious of all of Mahfouz’s novels, The Thief and the Dogs is written in a stream-of-consciousness style — a style that has a certain, unusual wildness on the sentence level. The Thief and the Dogs tells the story of Said Mahran, a criminal who is released from jail several years after Nasser’s 1952 Revolution. He finds a changed society. All of his underworld friends have become important figures in government and commerce — and he is beset both by the failings of the revolution — and his own personal failings. A dark tragedy about the ways the individual can fail in society — and about personal weakness — both of which are significant themes for Mahfouz. 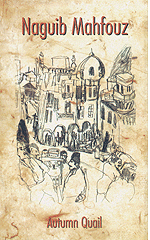 Autumn Quail (1962) More explicitly political than The Thief and the Dogs, this novel addresses the problems of government corruption — and the way it can destroy lives, on a personal level. After Nasser takes control, the bureaucracy is changed out, at least in part to purge any remaining loyalty to the king. One of the purged — and imprisoned — bureaucrats is Isa al-Dabbagh, whose loss of job and status (and love) will lead to his dissolution and alcoholism. The novel opens on Black Saturday — the 26 of January, 1952 — when fire ravaged Cairo and widespread looting and rioting rocked the capital. The tone is apocalyptic. Mahfouz grips you from the first sentences, painting a portrait of an individual — and a nation — in crisis.

Cairo Modern (1945) This is my favorite of Mahfouz’s novels. Perhaps this is because it’s set in Cairo at the time that my own father lived there — spending his adolescence on its chaotic, cosmopolitan streets in the 1930s. This is a book about the intersection of poverty and love, as a struggling student agrees to marry the mistress of a corrupt government official. The story is a romantic melodrama, at heart, but it’s also a vivid depiction of a vanished time.

Echoes of an Autobiography (1994) Written nearly half-a-century after Cairo Modern, this book will frustrate you if you’re searching for an autobiography of Mahfouz. Mahfouz is too complicated a writer for that; he offers, instead, fragments that add up to a cloud of meaning, the echoes of a person. Some sections are as short as one line. This book also ties Mahfouz, at least in my mind, to the South American magical realists — particularly Eduardo Galeano and Gabriel Garcia Marquez, both of whom are rarely mentioned in discussions of the Egyptian writer’s work.

Midaq Alley (1947) An ensemble drama — there is no other way to describe Midaq Alley. Here, Mahfouz takes a single street, and investigates all of its denizens. It’s a precursor to The Cairo Trilogy, and it condenses many of the themes that he will extend in that trio of novels. If you enjoy dramas with large numbers of characters — but not necessarily 1000 overwhelming pages of minutiae — then this is the place to begin a consideration of Mahfouz’s work. 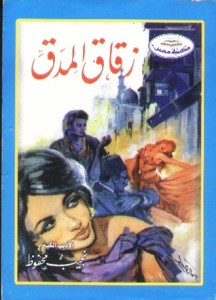 Miramar (1967) Achingly beautiful — that’s the only description for Miramar. One of the few Mahfouz novels that leaves Cairo, Miramar is set instead in Alexandria, in a small, seaside pension named — you guessed it — Miramar. Written at the height of Mahfouz’s power as a novelist, it has some muscular, confident prose, and a tangle of complex relationships based around the intrigue of love. A stunning and powerful novel.

Pauls Toutonghi’s second novel, Evel Knievel Days, will be published by Random House in Summer 2012. His first, Red Weather, was published in 2006. His work has appeared in Harper’s, The New York Times, Sports Illustrated, Zoetrope: All-Story, One Story Magazine, The Boston Review, Glimmer Train, and numerous other periodicals. He teaches at Lewis and Clark College.

The Art of the Sentence: Flannery O’Connor