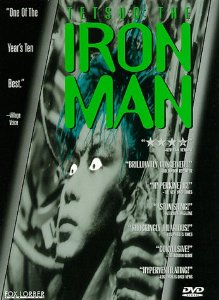 My novel Fat Man and Little Boy is a story about the atom bombs the United States dropped on Japan. It imagines that after they exploded, the bombs were reincarnated as brothers: a fat man, a little boy. The brothers travel from Japan to France and later to America, haunted by all that they have been and done. In the world of literary fiction, where my novel more or less resides, this may be a weird premise, though I would argue it is only a little bit stranger than the original act of naming the bombs as if they were people.

Genre fiction is different. There are many stories about weapons who are people (mostly these are robots) and perhaps still more about people who are weapons (superheroes, spies with a license to kill, expert swordsmen, masters of hand-to-hand combat). Nor is it uncommon for these stories to explore the moral and emotional implications of life as a weapon, though most such explorations–subsisting as they do on the violence they claim to deplore–usually feel disingenuous at best.

What I mean to say is that no matter how unusual a book may sound, there is always a tradition behind it. The following is a short, eclectic list of stories about people who are also weapons.

Nothing in the World, by Roy Kesey

Roy Kesey is one of my favorite writers working today, and even given his formidable reputation, he may still also be one of the most underappreciated. A nightmarish inversion of a certain kind of thrilling story of adventure and survival sometimes written for young boys, Kesey’s stunning novella is the story of a damaged Croatian schoolboy and soldier, Joško, who discovers an unexpected facility for sniping. He is briefly a hero. Then disaster strikes, Joško is badly injured, and he spends the rest of the book wandering the countryside, destroying lives and desperately struggling to keep his own as he follows the ghostly song of the girl who will be his true love.

The first printing of Nothing in the World quickly sold out, and the second edition was one of Dzanc’s earlier books; as such, it is a minor aesthetic disaster. You need to read it anyway; if nothing else, get the ebook. 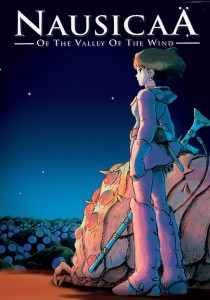 Nausicaä of the Valley of the Wind, by Hayao Miyazaki

In the U.S., Nausicaä is probably best known as one of Hayao Miyazaki’s lesser films. Said film was adapted from a manga of the same name before most of the manga had even been written, when Miyazaki himself was completely unaware of some of the most interesting turns his story would take. The original comic begins as a relatively straightforward postapocalyptic adventure story with an antiwar tilt, as Princess Nausicaä and her subjects are conscripted to assist one of two surviving empires in a pointless, wasteful war. Like many Miyazaki protagonists, the princess is a determined, independent young girl; unlike most, she is also prideful, capable of fearsome violence, and often at risk of being consumed by her own holy rage.

Nausicaä of the Valley of the Wind is simultaneously bleak and hopeful, frightening and sentimental in a way that I have never seen replicated, excepting certain highlights of Miyazaki’s excellent later film Princess Mononoke. 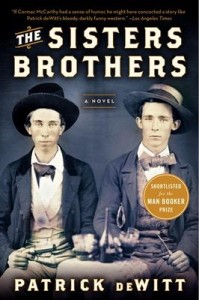 The Sisters Brothers, by Patrick deWitt

Patrick deWitt’s prize-winning western is a masterful black comedy about a pair of notorious hired guns: Eli and Charlie Sisters. Eli, the narrator, doesn’t want to kill anymore, or in any case he would like to kill much less, but sometimes he just can’t control himself, and his brother Charlie rarely even seems to try. Among other things, The Sisters Brothers is about the fear of accidentally hurting other people, the fear of doing it on purpose, and the fear of justice finally catching up–that is, the fear of getting what you’re owed.

If you end up loving The Sisters Brothers as much as I did, your next stop should be Charles Portis. True Grit, his most famous work, is another excellent book in the same vein. 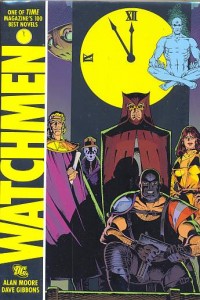 While Watchmen is usually sold as a gritty deconstruction of superhero comics, its paranoid, doom-laden atmosphere owes far more to the nuclear anxieties of the Cold War’s bleakest moments than it does to any four-color comics. The book’s central figure, Doctor Manhattan, is a

physicist who, in a gory rehearsal of one of the genre’s hoariest tropes, appears to die horribly when an experiment gone wrong disassembles his body. Of course, rather than vanish forever, he instead gains godlike super powers. Doctor Manhattan wins the Vietnam war on behalf of the United States, transforms the world’s technology overnight, and then, by the simple act of continuing to exist, proceeds to constantly, quietly terrorize every living person on Earth. This might bother him more if he weren’t quickly losing touch with what remains of his humanity.

If you haven’t read Watchmen yet because you think it’s about superheroes, what you’re really missing out on is a great story about fear and desire in the shadow of nuclear apocalypse as embodied by one strange, lonely man.

Just a look at the sweet young boy on the cover of this wrenching nonfiction book is enough to begin the process of curing your idea of who and what the kamikaze pilots were. Though the term “kamikaze” has become perhaps irreversibly associated in the West with images of wild-eyed fanatics eager to die in the service of their emperor, Ohnuki-Tierney uses excerpts from the journals of actual pilots to paint portraits of curious, intellectual, passionate, frightened student soldiers coerced (to varying degrees) by social pressure and brutal violence. The kamikaze are ultimately revealed as an especially troubling case of the oldest story in war: the way older men shape young men (and now, increasingly, women) into weapons.

Fat Man and Little Boy owes a great debt to this book, and I am so glad I read it.

Bonus Viewing – Saikano: The Last Love Song on This Little Planet and Tetsuo: The Iron Man

Saikano, a thirteen-episode anime series, has real structural problems, and its middle act gets bogged down in unfortunate subplots, but the core arc–the story of a young girl who is transformed into an increasingly grotesque weapon of mass destruction that ultimately ends the world, killing everyone but her boyfriend–is as affecting as it is melodramatic. Saikano’s cocktail of teenage romance, miserable eroticism, and shocking violence makes for a troubling reflection on what it means to be a sexual, social body in a nation that is also a military power.
Of course, the premise of a person who is also a weapon is perhaps less unique in Japanese cinema than in any other sphere of popular culture; for a truly hallucinatory, deeply unpleasant experience, I refer you also to Tetsuo: The Iron Man and its sequels.

Mike Meginnis is the author of the novel Fat Man and Little Boy, just out from Black Balloon Publishing. He has published stories in Best American Short Stories 2012, The Collagist, PANK, and many others. He contributes regularly to HTML Giant and Kill Screen, and plays collaborative text adventures at Exits Are. Meginnis earned his MFA at New Mexico State University, where he served as a managing editor of Puerto del Sol. He now lives and works in Iowa City, where he operates Uncanny Valley Press with his wife, Tracy Rae Bowling. He has never seen the ocean and he loves to get email.

The Essential Novels of Lost Angeles