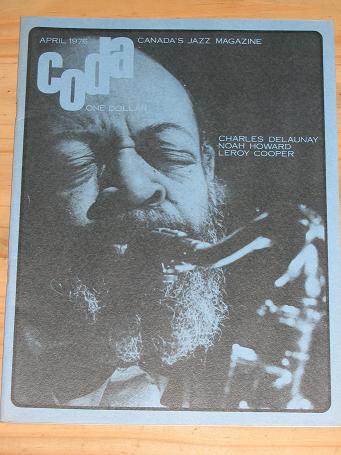 There is not a better gift you could pass along this holiday season than Sam Stephenson’s The Jazz Loft Project, his lavish, hauntingly beautiful account of W. Eugene Smith and the New York City jazz scene. Published in 2009, it still finds a way on my December shopping list each year. 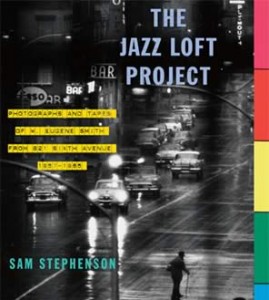 Sam was kind enough to provide us with his own list (check back later today for his killer Spotify playlist) of some of the more essential titles in Jazz history, all of which would look good under the tree or on your bookshelf.

I once sat down with the great saxophonist Lou Donaldson, now age eighty-five, and turned on my digital recorder. The first thing he said was, “You know, the real story of jazz has never been told.” I said, “I want to hear it, please tell me.” Then he said, “I’m saving it for my book.”

History is told from the point of view of what’s documented. In Jazz history, that means the recorded sound, and for good reason; the most influential and interesting musicians were, by and large, the ones that most often made it into the studios and clubs when the tapes were rolling. But, fifty years from now, how will people have deeper access to the wonderful phenomena of mid-century American jazz, something behind the scenes, something more human than the hardcore iconography that develops when history is based on pinnacle moments?

In working on The Jazz Loft Project for twelve years, here are a few works that I found instructive: 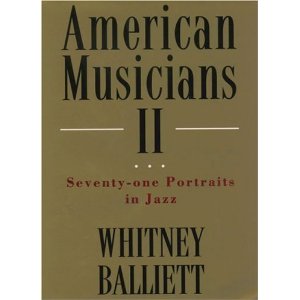 American Musicians II: Seventy-One Portraits in Jazz —Whitney Balliett
What unfolds in Balliett’s work, when read chronologically as the pieces were published in the New Yorker from the 1950s to the 1990s (one year in his 1970s prime he published in all but two or three of the magazine’s fifty issues), is a novelistic chronicle of not just jazz but New York City and America in general. Balliett wrote well about icons, but more than any other writer he covered less heralded figures, too – bass players, drummers, trombonists, tap dancers, and club owners. Also, no male writer that I know wrote more about female musicians. Adam Gopnik said in a memorial tribute to Balliett that he wrote sentences as well as anyone at the magazine. He also represented subjects in their own voices, using long quotations influenced by the work of Lillian Ross and Joseph Mitchell.

The Jazz Life —Nat Hentoff
A hole in Balliett’s work is that he didn’t cover drugs and racial issues. Here Hentoff tackles them head on. Like Balliett, Hentoff needs a new, exhaustive compendium of his jazz writing, from all sources – books, magazine articles, liner notes.  Such a chronicle would become one of the essential written documents of jazz history, along with Balliett’s work.

Four Jazz Lives-(previously published as Four Lives in the Bebop Business)—A.B. Spellman
This book contains long portraits of four African-American musicians – Ornette Coleman, Cecil Taylor, Jackie McLean, and Herbie Nichols – by an African-American writer. Spellman and his subjects don’t dwell on drugs and racism in jazz, but it comes up honestly and matter-of-factly, part of the grain. It’s a shame a forward thinking magazine like the New Yorker didn’t hire Spellman to write four of these portraits every year. The public record of jazz history would be stronger.

The Scene—Clarence Cooper
This novel is not about jazz; it’s about the drug underworld in a fictional city that is New York. The African-American Cooper renders with power the devastating topsy-turvy culture of the drug scene. You can imagine some of the junkies portrayed to be a jazz pianist like Sonny Clark or one of the other numerous musicians who spent time on the streets and back alleys trying to get their daily fix.

Notes and Tones—Arthur Taylor
This is an essential collection of interviews with dozens of African-American musicians by a noted African-American drummer Taylor. Again, this is one of the rare sources where you get frank and honest expressions of the role played by race in jazz.

Thinking in Jazz —Paul Berliner
Berliner is a first rate musicologist. He can explicate theories and cultural implications of music from various countries. What he does that makes this book one of the most important in all of jazz literature is he blends his high level academic analysis with interviews with musicians. He lets the musicians speak from experience. Then he mixes in his analysis. One element that comes through is the rigor necessary to create this music. It’s a deft and brilliant dance achieved by Berliner.

Side Man—Warren Leight.
This play won the Tony for Best Play in 1998. Leight’s father was a post-War itinerant trumpet player and this play depicts the dedication many of these non-stars had for their music, despite the often comic and haphazard nature of their lives.

Pioneers of Jazz: The Story of the Creole Band -by Lawrence Gushee
Gushee achieves the impossible; he documents the undocumentable, the legendary Creole Band, which existed from 1914 to 1918 and almost never played east of the Mississippi and was never recorded. By scouring virtually every newspaper published on vhe vaudeville circuit in America’s heartlands and West Coast during those years – sometimes finding one sentence notices on the Creole Band buried in the fine print – he tells a story almost impossible to tell.  Somewhere in the book he says that the prevailing image of him carried forth by his children was of him sitting in their basement at the microfilm and microfiche machines.

CODA
A jazz magazine published in Canada. This “magazine,” which began in 1958 as a glorified mimeographed and stapled newsletter, provides nuggets of access, in the form of descriptive reports, to many of the smaller jazz joints in New York and other cities, joints that weren’t covered in the bigger magazines.

Sam Stephenson is the author of The Jazz Loft Project: Photographs and Tapes of W. Eugene Smith from 821 Sixth Avenue, 1957–1965 (Knopf, 2009). He has written for the New York Times Book Review, Oxford American, A Public Space, and Smithsonian, among other publications, and is a regular contributor to the Paris Review Daily and the Morning News. Sam is currently writing a biography of W. Eugene Smith for Farrar, Straus and Giroux. His essay on Sonny Clark can be found in the current issue of Tin House.