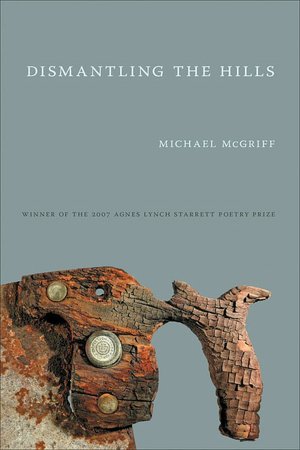 Dorianne Laux (whose own modesty prevents her from taking her rightful place on this list) gives us a glimpse into the sublime state of Oregon poetry.

Oregon. There’s no place like it anywhere on earth. Its poets rise up straight from the black soil of rain forests, its rivers, its concrete and asphalt. They are building bridges. We are walking across to meet them.

Here are four of its essential poets.

Maxine Scates is the lyric daughter of Eugene. She writes in a small room in what used to be the basement of her house in the woods. After commuting for six years to teach at Reed College, she now teaches private poetry workshops in her living room. Her latest book, Undone , was recently published by New Issues and contains some of the loveliest and toughest poems about Oregon I have ever read. From “Choleric”

in the fallow fields and blind

as he still is Teiresias sees

what can’t be seen, predicts

what we don’t want to know.

She also writes tenderly of the beauty of Oregon in “What Do We Know and When Do We Know It?”

…in these last shabby days of summer.

The days right before the mist

starts to rise in a fusion of twilight and evening

over the neighbor’s garden, when the hollow shafts

of sunflower stalks almost whistle, when we think

we can see the golden thread that will lead us

out of the labyrinth…

Carl Adamshick is another Portland poet who is bringing the good news to the City of Roses. An excerpt from Carl’s already short poem “Transportation” can be read on the local transit buses. Here it is in full:

I love the bus because it works on the Sabbath,

because your neighbors are there listening to headphones

or staring into books. It can be a night of steady rain

moving through the city. And if you’re sitting there

watching everyone living, a certainty comes to you 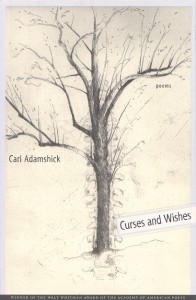 which makes fine press chapbooks and broadsides, and revives and reissues important volumes of poetry that have fallen by the wayside. Carl has lived and worked in Oregon most of his adult life. His first book, Curses and Wishes, won the Walt Whitman Award. He recently began teaching poetry at Vancouver School of the Arts.

Michael McGriff is the other co-founder of Tavern Books. Born and raised in Coos Bay, Oregon, the poems in his first book, Dismantling the Hills, depict the lives of rural Oregonians. Mike McGriff is the real deal. He writes with compassion and grace of the bonds between family, community and work in a landscape riven by big rivers and giant trees, where the economy has gone sideways. We enter the seaside lumberyards, sawmills and all night diners lit by the people who inhabit them, their hands and hearts scraped raw. This is the opening of his poem, “Entering the Kingdom”:

the sun breaks through

long enough to open something

A woman sits in the middle

of her living room

filling with the ceiling’s

of plaster. Her eyes

are the milk of blue granite,

and blind as a salamander’s.

Earlier, a man came with a lawyer

who came with a letter

from the city, a letter

for the new pipeline.

She believes in many things.

That cayenne should be sprinkled

salt along the windowsills.

That the pulse should be taken

each night before entering

the kingdom of sleep….

He recently brought attention to the northwest when Tomas Transtromer won the Nobel Prize in Poetry. How? Mike recently translated Transtromer’s The Sorrow Gondola. Tavern Books has published four beautiful broadsides of his poems.

And what short list would be complete without Tin House’s own Matthew Dickman? Dickman has become one of the essential poets of Oregon. It’s easy to see why; his exuberance is unmatched. To read a Matthew Dickman poem is to be transported, swiftly, into the swirling galactic realms of the human soul. Hart Crane immortalized the Brooklyn Bridge, Whitman’s tomb looms over Camden, and you can’t say Amherst without seeing Emily Dickinson walking through the gardens in her white dress, and now Dickman has taken Portland into the heart of his poems where it opens like a dusty rose. From “Lents District”:

I am your strange son,

you saved me when I needed saving

and I remember your arms wrapped around

waving his father’s gun above his head,

all American, broken in half and beautiful.

Dorianne Laux’s most recent collections are The Book of Men and Facts about the Moon, and she has co-authored a handbook on writing, The Poet’s Companion, all from W.W. Norton. Laux teaches poetry in the MFA Program at North Carolina State University and is founding faculty at Pacific University’s Low Residency MFA Program.

The Art of the Sentence: Saul Bellow

The Art of the Sentence: László Krasznahorkai, War & War