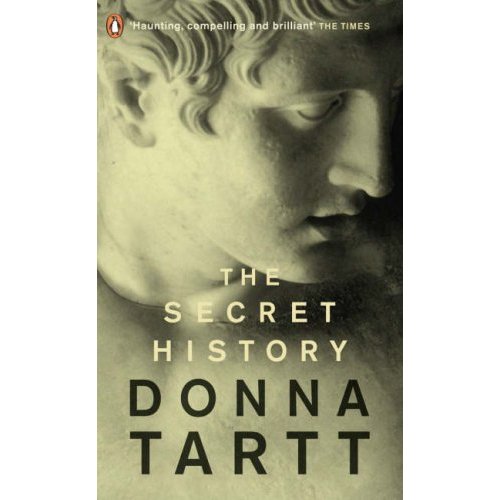 Today’s syllabus comes via Peyton Marshall, whose own excellent tale of blood chocolate lust,”The Feast,” can be found in the latest issue of Tin House.

In 2006, coming out of a nasty breakup, I discovered (much to my surprise) that I was taking unexpected delight in blood-soaked literature. I’d never exactly been squeamish, but I’d always closed my eyes when the horror-movie heroine opened the cellar door—not to mention when the axe cleaved bone, or the chainsaw ripped the still-beating heart from the gushing chest cavity.

But now, my petty tragedy—and it truly was a petty tragedy—prompted a certain ache in me. I wanted to feel closer to the human condition, to narratives of survival, in which I recognized a tenacity that I wanted for myself. These were stories told against the backdrop of something larger and more frightening. They were also bloody.

Here is the list of the five most unflinching books I read during that time, the books with writing so trustworthy that you can’t look away.

Cruddy–Lynda Barry
Since its publication in 2000, Lynda Barry’s illustrated novel has generated a cult following—with thousands of loyal fans signing up for her classes in creativity, finding voice, and storytelling. Cruddy takes a horrifically violent storyline and infuses it with all the pathos and familiarity of girlhood. Even though I’ve never owned a knife with a first name and a taste for blood, I felt like I was reading about the secret inner world of my childhood: the isolation, the invisibility, the vulnerability.

Barry wrote this novel with a paintbrush and a stack of parchment. It’s vivid, it’s tactile, and, yes, a little comic. Cruddy’s narrator, Roberta Rohbeson, says: “When the thing that is scaring you is already Jesus, who are you supposed to pray to?” But she also says: “A man who has been dead for a week in a hot trailer looks more like a man than you would first expect.”

There is wisdom, here.

Man Is Wolf to Man–Janusz Bardach, with Kathleen Gleeson
Roughly forty million people died in Stalin’s Siberian work camps; Bardach was one of the few survivors—emigrating to the United States in 1972 to become the Chair of Plastic and Reconstructive Surgery in the University of Iowa’s Department of Otolaryngology.

Bardach credits his unlikely survival with his ability to perceive beauty in the world around him. Under unimaginable circumstances in the frozen wasteland of Khabarovsky Krai, he survives beatings, impossible work assignments and starvation rations. There is no logic to his world, no justice.

In a rehabilitation camp in Kolyma, suffering from scurvy, Bardach meets a camp cook who only has two fingers on his right hand. He’d bet them in a card game—and lost. “But I got away,” the cook says, gloating, “with my thumb and little finger.” In a hazardous world, he seems to indicate, what you keep is more important than what you lose.

Sharpe’s Tiger–Bernard Cornwell
“It was funny, Richard Sharpe thought, that there were no vultures in England. None that he had seen, anyway. Ugly things they were. Rats with wings.”

In 1799, the British army sent a division of redcoats to fight the Tipoo of Mysore in Tamil-speaking Southern India. Cornwell’s fictional novel—impeccably researched—is the story of one of those soldiers.

Richard Sharpe is cannon fodder, expected to die quickly with his regiment of conscripted, illiterate criminals. But despite his vindictive sergeant, Hawkswill, Sharpe manages to gain military promotion and fortune. The sewers of Mysore run red with blood; the Tipoo’s man-eating tigers develop a taste for England’s finest, milk-fattened youth.

Autobiography of a Face–Lucy Greeley
When Lucy is diagnosed with Ewing’s Sarcoma at the age of nine, she has a third of her jaw removed. She spends the next decade braving successive operations and long hospital stays. She searches for understanding, for a reason why, for a redemptive ending to something that is ongoing and fluid. Beauty is the prize—and love the gift it can bestow.

Years after I first read this memoir, I am still haunted by the scene where a young Lucy and several other children sneak into the animal testing center in the basement of the hospital. They can’t wait to see the “petting zoo,” but what they instead find is a reflection of their own suffering—pigs and monkeys in small cages, cats with, “matchbox-size rectangles with electrical wires implanted  into their skulls. The skin on their shaved scalps was crusty and red where it joined the metal.”

Upon the children’s return to their ward—a nurse demands they account for their absence. They cannot.

“Sooner or later we all have to learn the words with which to name out own private losses,” Greeley writes, “but then we just stood there in front of the nurses desk, speechless.”

The Secret History–Donna Tartt
You shouldn’t kill your friends. Really. And you shouldn’t become enthralled with the charismatic and the morally ambiguous. But don’t worry. This book is safe to read. And it allows you to give in to those guilty pleasures. 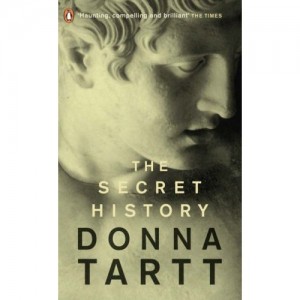 I’m not spoiling the ending to say that there’s a murder. The murder is disclosed in the first pages and the entire body of the text (so to speak) is about understanding how and who and why. Donna Tartt captures the superficiality of young men and women, the way that any ideas—no matter how grand—can eventually feel small and superficial.

Ultimately, The Secret History is a book about the seduction of wealth and intelligence, about feeling like an outsider and finally being called to stand at the center with your peers—only to find that this has a price.

Peyton Marshall is a graduate of the Iowa Writers’ Workshop and the recipient of a Maytag Fellowship and the Richard Yates Award for short fiction. Her story “Bunnymoon” was published in Best New American Voices 2004. Her work has appeared in such magazines as A Public Space, Etiqueta Negra, and FiveChapters.

The Art of the Sentence: Anthony Doerr