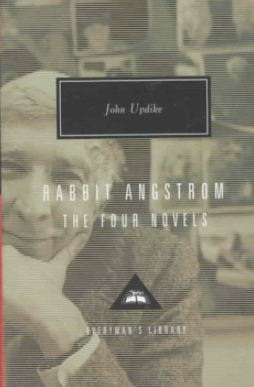 At first brush it would seem books and sports do not belong with one another. The cliché has them sitting at separate tables in the lunchroom. Nerd v. Jock. And, in current culture, one is forever tightening its grip on our hearts, minds and money—this last Super Bowl, despite being basically over by halftime, was the most watched TV event… OF ALL TIME—while the other, however overblown it may be, seems to be simultaneously protesting and promoting its disappearance into the night.

However, books and sports are more in line than we might think. The writer and the player spend countless hours practicing and perfecting. They nurse an improbable, though necessary, belief in themselves. Meanwhile, the reader and the watcher grow attached to the set-up, easily-distillable dramas the writers or players produce. They have favorite practitioners and become emotionally attached in ways that help create their identities—favorite book or sports teams are common online profile inclusions.

Nobody opens a book hoping there will be no drama and no one watches a game to see both teams playing politely. We gravitate to both in part because they can serve as a proxy exploration of our own troubles. Think of it like an itching stick that gets that spot on your back you’d have to break your own arm to get on your own. We go there. We feel things. We leave. We go get dinner. We drink a beer. We recap. Hopefully, we are entertained as well.

The two mediums are empathy machines. In books, we are transported to other points of view and so are allowed different life experiences. We can relate and, so, show mercy. Sports, at their best, do the same. At Sochi, NBC managed to tie the sadness of a miscarriage into skeleton racing, the cavity of a too-soon lost brother into downhill skiing, and the buoyant naivety of youth into the new Olympic sport of slopestyle.

At the intersection between books and sports are memorable characters for which trouble or triumph does not end on the field. It bleeds into everything; it adds to what they become. If the larger form is an empathy machine, then these characters are the handles to which we hold as we are pulled through something we would not be able to experience on our own. The character’s time on the field of play informs their time off of it and visa versa—just as our time reading or watching informs our day-to-day.

Harry “Rabbit” Angstrom – Rabbit Angstrom: A Tetralogy, by John Updike
In many ways, Rabbit is a deplorable character, constantly letting down everyone he encounters on his bumper-to-bumper-to-bumper journey through life that makes one wonder, will he ever learn?

In other ways, he is American, and so sympathetic to Americans, because he continues to buy into the sports metaphors he can’t seem to shake from his time as a high school basketball star—try harder, practice better, play smarter. Rabbit knows something many of us are loath to admit knowing ourselves: it’s not always the best player or team that wins; it’s more often those willing to bend the rules, dive on the floor, bark at the ref, take advantage.

Roy Hobbs – The Natural, by Bernard Malamud
There’s an odd scene in The Natural where star slugger Roy Hobbs devours an ungodly amount of food while a kaleidoscope of characters and frantic happenings twirl around him. This is what his life as a star player has become and Hobbs charges through the excess and glitz, never doubting his ability to juggle it all. In the end, it triggers the downfall of his baseball dreams.

A bit of an older take from when full-saturation sports celebrity was a relatively new phenomena, the excess and attention that take away from the purity of the gift still rings true. See the movie for a happier ending. Of course.

Reno – The Flamethrowers, by Rachel Kushner
As an artist and a rebel, Reno seems anathema to the sports world. But she is also a former ski racer who captures the world land-speed record while driving the Spirit of Italy.

She is constantly meditating on speed’s gifts to moment and art, but she also revels in the simple fact that she is the fastest. When it comes to racing, the most basic of sports, the earliest competition any of us did (last one to the car is a rotten egg!) the ever-cool, alternative Reno can’t help but care, even as she’s promising us that she doesn’t, not really, not at all.

Hugh Chance – The Brothers K, by David James Duncan
Papa Chance’s baseball potential and baseball failure ripple through his entire family. His talent was supposed to be the golden ticket out of whatever troubled them. Then an accident involving his thumb and a large machine derailed this hope.

And so the up and down drama of the book begins. Better, worse, best, worst, we follow the Chance family as we would a tight baseball game. Lead-changes and life changes abound. Papa Chase struggles with communication and oftentimes slips into brooding and wondering what could have been. But there is also something deeper in the book: an obsession with spirituality and religion. Something always present in sports and literature.

Henry Skrimshander – The Art of Fielding, by Chad Harbach
Young Henry is allowed to continue his baseball career almost by accident. Noticed shagging balls at the end of his senior season in high school, he is saved, by a matter of minutes, from going back to his hometown and hanging up the glove forever. This luck—good and bad—goes on to permeate his time throughout the rest of the book.

Luck as a not uncommon angel is a widespread sentiment. The good life is just there and it will only take the right crack of the bat, the right grip of the ball, the perfect position of the sun for everything to come together. When Henry sinks into a deep depression, the reader is not wondering if baseball is good for him but when he will get back to the plate.

Dreams coming true are always just a swing away.

Hank Stamper – Sometimes a Great Notion, by Ken Kesey
Hank is stubborn and aloof and proud and also a former high school stud, star of the football team and the best swimmer around. He lived the life of small-town royalty. His stubbornness only helping him… up until it didn’t…

And so, when his brother, Leland, comes back into the fold with the express purpose of tearing Hank down, we enter a strange place of both cheering little brother on and hoping his slimy ways backfire.

Even though Hank is no longer the sports star he once was, it’s all but impossible to credit it. When he’s defying the town, it’s the athlete we see, strutting in the end zone, celebrating.

That’s the duplicity of a sports star. When they play for your team, you love them; when they face off against you, all is fair game. We want them taken down for their overconfident preening, but often fail to appreciate that their cockiness may be the very thing required to do something like play well in front of screaming fans, or for that matter, create a world on the page.

Timothy S. Lane graduated from the University of Oregon with a journalism degree and worked as a sports reporter for The Molalla Pioneer before pursuing a career in publishing in New York City. His writing has appeared in The Good Men Project and Pology. Rules for Becoming a Legend (Viking) is his first novel. He lives with his wife in Portland, Oregon.