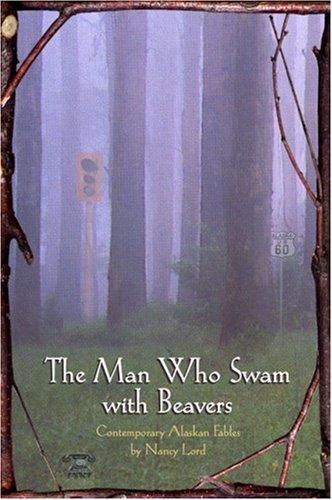 Not surprisingly, The Open Bar receives a lot of book recommendations throughout the year. Colleagues, relatives, the gentleman who goes through our recycling, they all have suggestions. Some are good. Most are bad. If there is one taste-maker we have come to count on though, it would have to be the kind librarian down the street who sorts through the stacks on Monday mornings. Despite her tendency for making the odd conversational segue (Anne Carson=the rising cost of Swiffers?), the woman has great taste in books, especially short story collections. We can’t thank her enough for introducing us to Melinda Moustakis’ excellent debut, Bear Down, Bear North, which won the 2011 Flannery O’Connor Award. And while we haven’t checked in with her yet, we have a feeling that our librarian friend would strongly agree with Melinda’s choices and criteria for filling an empty bookshelf.

Books equal love. This is something I knew I had figured out when I was a child when I watched Disney’s Beauty and the Beast. Forget roses and castles and ballrooms. Beast builds Belle a library outfitted with built-in ladders and endless shelves of books. There, I thought. And much later, There is the definition of this abstract emotion for which I have no words.

And this past summer, heartbreak. All because of books. 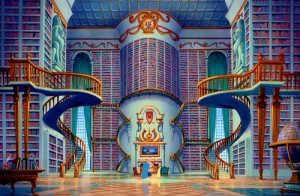 For a cross-country move from Michigan to Washington State, I shipped almost all of my books through the mail. Perhaps I didn’t tape the boxes properly. Perhaps they were too heavy and had to implode. For whatever reason, four of my eight boxes of books never arrived. I now have large gaping holes in my bookshelves. “Don’t judge me,” a friend of mine will say when you go to her apartment and peruse her shelves of perfectly alphabetized books.  Such an intimate peek into someone’s world when you look at their book collection—the colorful display and gloss of many hours lost in words. My books have their own messy system, groupings by theme or genre or classes I’ve taken—here are the Russians, here is poetry, here are short story collections, here is needle and thread, here are shoeboxes of postcards, here are the cribbage boards.

Now I say, Here is what’s left. At first the bareness of the shelves overwhelmed me and I felt as if I had lost large pieces of my life. Where are my Alaska books? Or, I want to use a certain story for teaching and realize I no longer own the story or the book it was in. It’s as if my shelves have rearranged, and consequently, my brain has been rearranged. Maybe this was needed. So I am currently and purposefully buying new books, books I’ve always wanted to read, books I am embarrassed to admit I haven’t read yet, books that will have new conversations and osmoses and earthquakes with the books on my shelves and the ghosts of books that used to be on my shelves.  But there will always be those books I love and return to again when I need to hear a familiar voice, books that shaped me as a writer. Here are some of them:

I own the British first edition of this book published in 1945, a fragile, slim yellow hardcover that was a Christmas gift from my parents after I told them it was my favorite novel. That one is for show. Before the move, I also used to own a cheap paperback version that contained tabs and notes. I measure a book’s impact by how it irrevocably changes an image or word or impression for me. Often, in those early hours of the day, I think of this book and say to myself, “this is the pearl of morning.” There may not be a better phrase to describe that quiet stillness. I also can’t look at tide pools without thinking about Steinbeck’s description of tide pools—everyone in their own world until a wave or disaster comes and connects us all together. Then there is the character of earnest Frankie who worships Doc and wants to help Doc with his work, but can’t do anything right. If Frankie doesn’t break your heart, my guess is nothing will.  This book showed me how characters and place are intimately connected—a map of an emotional eco-system.

Cowboys Are My Weakness by Pam Houston

Fine Just the Way It Is by Annie Proulx

Writing is a type of rebellion for me, a dare, a way to break the rules. I needed these women authors writing about women in the wilderness, these trailblazers. I read Houston’s Cowboys Are My Weakness and so many possibilities opened up in terms of setting and point of view. And “tell him you don’t speak chocolate” is an appropriate line for many occasions. The wilderness in Proulx’s collection of Wyoming stories is brutal and cruel to everyone–nature doesn’t make any concessions for gender and women are given equal footing in this landscape and knocked down with the same force. Atwood’s dark psychological novel leaves a woman out alone in the wilderness and recasts our relationship to setting and landscape: The forest leaps upward, enormous, the way it was before they cut it, columns of sunlight frozen; the boulders float, melt, everything is made of water, even the rocks. In one of the languages there are no nouns, only verbs held for a longer moment. The animals have no need for speech. Why talk when you are a word. I lean against a tree, I am a tree leaning.” The last line of this passage finds me again and again. Poetic, subversive, boundary breaking—this book taught me that landscape and language is not merely external, that it can be ingested and internalized.

The Man Who Swam with Beavers by Nancy Lord

Flight of the Goose: A Story of the Far North by Lesley Thomas

To write fiction set in Alaska I felt I needed to read fiction set in Alaska. Nancy Lord, the 2009 Alaska State Laureate, writes both fiction and non-fiction with a conscientious and critical eye. Her story collection is a kaleidoscope of Alaskan history and tradition set in a modern time. Kantner’s beautiful coming-of-age novel follows the life of a boy and the lives of a pack of wolves in northern Alaska. Lesley Thomas writes about love and loss in a fictional Inupiat Village in Alaska in the 1970’s called Itiak, where the subsistence lifestyle is threatened by outsiders. Alaska is often called “the last frontier” and Thomas challenges this misnomer by writing about characters and a culture who have long settled in the Alaskan wilderness.  All of these authors prove Alaskan fiction is so much more than Jack London’s version of the state.  And I can only hope I wrote a book set in Alaska that is worthy of their ranks.

Melinda Moustakis was born in Fairbanks, Alaska and raised in Bakersfield, California. She received her MA from UC Davis and her PhD in English and Creative Writing from Western Michigan University. Bear Down, Bear North, her first book, won the 2010 Flannery O’ Connor Award in Short Fiction and the UC Davis Maurice Prize in Fiction. Her stories have appeared in Alaska Quarterly Review, Kenyon Review, Conjunctions, American Short Fiction, and elsewhere. She is currently a visiting professor at Pacific Lutheran University. In the summers she can often be found fishing in Alaska with her uncle, Sonny.

The Art of the Sentence: Thomas Jefferson