I discovered Brandon Harris’s brilliant work of film criticism and memoir, Making Rent in Bed-Stuy, just a month before my own novel about a fictional race riot in contemporary Brooklyn, Bed-Stuy Is Burning, was due out. Fictionalizing events in the neighborhood allowed me to dramatize the lives of Bed-Stuy residents during one day of heightened tension, while criticism afforded Harris the analytical tools to reach more explicit conclusions. I was excited to chat with Brandon about our two books. —Brian Platzer

BP: I was so impressed by Making Rent in Bed-Stuy’s mix of memoir and criticism.

BH: Thanks so much. I knew going in that it would be a tricky balancing act. Many drafts had to pass before it felt like I was mixing the various non-fiction genres in a way that would be revealing, yet elliptical, detailed and yet wide-ranging. I knew that gentrification was what my publisher was most interested in, but I wanted to write something that felt like it was from a perspective I hadn’t encountered in a book yet, and I wasn’t sure if people would get it.

BP: What were your models for criticism interwoven into an individual’s narrative?

BH: Most went so beyond something I could achieve at first. Books as dissimilar as Hilton Als’ The Women & White Girls, Maggie Nelson’s The Argonauts and Sharifa Rhodes-Pitts’ Harlem is Nowhere were touchstones in the beginning; all three of those mix non-fiction genres in a way that shows real panache, a unusual sensibility on the part of the author and an aspect of personal risk that can be felt on the page. Beyond those, however, I read a lot of books about property issues that have little to do with gentrification per se, but are reported in a compelling stylistic way, such as Matthew Desmond’s Evicted, one of the most powerful books I’ve read in the last few years. 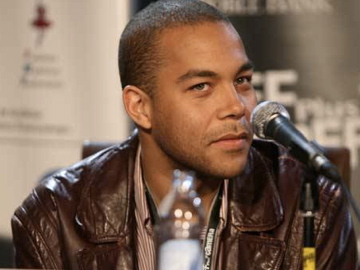 How did you incorporate your own experiences in a changing, multifaceted Bed-Stuy into your novel? It stuffs so much about the neighborhood in its 300+ pages. The incidents and character feel steeped in the type of verisimilitude one only gains from spending time in a place.

BP: I appreciate your saying that. Seven years ago, I began writing a satire about a white gentrifier who shows up as the only non-African American on the block and bumbles his way into trouble. But I quickly disliked that project because what really interests what really interests me is the complexity of the way the community fits together. I needed to combine the perspective of the gentrifier with those of the women and men who have lived in the community for a long time, the police, the displaced, and the kids of all backgrounds growing up in the neighborhood. I started by reading as much into the history of Bed-Stuy, gentrification, policing, race-riots, etc. And then I spent hundreds of hours talking to my friends and neighbors, sometimes informally while our kids played in the park, and sometimes more formally, when I interviewed local high school kids, policemen, and teachers. I hope I was able to get closer to a truth than what my original misbegotten project would have. 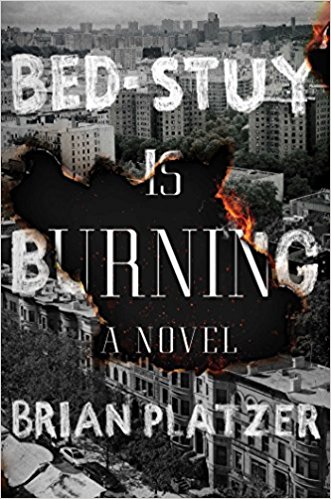 Do you see Bed-Stuy, itself, as pivotal to your project, or is it just where you happened to be when you were experiencing this period of personal and artistic transition?

BH: I didn’t initially think of the book as being anything but a cultural and historical meditation on Bed-Stuy. I didn’t intend to write a “memoir” and am still somewhat uncomfortable with the idea of it as such; referencing some of the authors above, many of those books have a highly charged personal style that nonetheless seems to transcend what we think of as autobiography. It’s autobiography “as” something else entirely that most interests me: social criticism, sportswriting, whatever. I wanted to examine Bed-Stuy as a place, what it had meant to various factions in the past, be they white Europeans moving in during the 1860s and 1870s, or blacks during the Great Migration, or gentrifiers now. The memoir aspect was secondary at first. 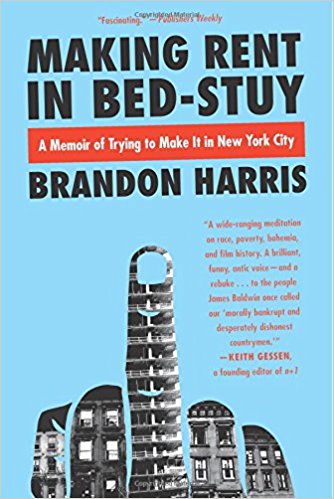 As I began to write the book in earnest, that changed to a degree. I had a number of experiences in Bed-Stuy that occurred while I was writing the book that made me feel like I had to personalize the storytelling even more, but it was rather late in the process when my editor took me out to dinner and gave me a note that really changed the trajectory of the rewriting. He told me that I should lay out the chapters chronologically. I was being too cute by half, trying to obscure my own tale in a way that was perhaps in keeping with some of the books that had inspired me to write this one, but that wasn’t right for my own voice and narrative skillset. He suggested that it would be more powerful if I told my journey right alongside the historical and critical inquiries. It turns out he was correct.

BP: Absolutely. You manage to build narrative momentum that makes the criticism more compelling—even urgent. As in Als’s work and Orwell’s, the reader’s investment in the narrator makes your observations and verdicts carry weight.

BH: It’s difficult to have an authority as a critic anymore. These days, almost everyone feels emboldened to think that they have an enlightened opinion about anything if they spend fifteen minutes researching it on the Internet. So perhaps I don’t have the authority that critics, who only wrote criticism but worked at august publications in a time when there was much less media and fewer ways for people to express their voice, felt that they had, whether that “authority” was ever meaningful or not. That said, in terms of what’s taking place on the streets of neighborhoods that are being transformed by gentrification and how I wove that into my narrative, that certainly just took a lot of living, and being able to remember how that experience changed my values.

Certainly Aaron and Amelia, the white couple on a predominantly black block in Bed-Stuy in your novel, seem very aware of their place in the changing eco-system of the community and yet they struggle, in the work they both do in journalism and finance, and later when the violence begins in the wake of the shooting, to find a productive place to use their otherness.

BP: “Productive” is an apt word here. From my experience, there are of course gentrifiers who come in blindly to continue living their Manhattan life but in a larger house that they hope will appreciate in value. But more often I see people—in which I’d like to include myself—who move here for the combination of community, history, and physical beauty. We’re aware of both the financial value we’re adding to owners’ assets, for better or for worse, around us and of the havoc we’re wreaking: the rising rents that force longtime residents out; the added police presence that contributes to more arrests; the tension, homelessness, and frustration. The problem is that knowing the degree to which our presence is detrimental doesn’t help anything. Many people end up like Aaron and Amelia—uncomfortable with the repercussions of their actions but still selfish enough to prioritize their own family, finances, and lives. 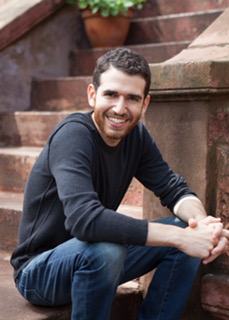 Does my description of gentrifiers as a type read true to you or as too self-serving?

BH: It seems a pretty accurate representation of how most of the well-meaning and self-aware white gentrifiers I know feel about their part in the process that is changing our cities, yes. But it seems so striking, and so sad, that the perspective I glean from some characters in your novel, and from my friends who find themselves in these circumstances, are not substantially different than those you’d take from the couple at the center of Paula Fox’s Desperate Characters, which is about another Brooklyn entirely, and yet, in depicting the early years of gentrification and the barely expressed guilt of the white characters at its center, feels not so far removed from the conversation I hear every day. In the intervening forty-five years, much has changed, and yet the dynamics of who gets to call these spaces their own hasn’t.

Brian Platzer has an MFA from the Johns Hopkins Writing Seminars, and a BA from Columbia University. His writing has appeared often in the New Yorker’s Shouts and Murmurs and McSweeney’s Internet Tendency, as well as in the New York Times, the New Republic, Salon, and elsewhere. He lives with his wife and two young sons in Bed-Stuy, Brooklyn, and teaches middle school English in Manhattan. His novel, Bed-Stuy Is Burning, is out today, from Atria/Simon & Schuster.

Brandon Harris, originally from Cincinnati, Ohio, has worked in the world of American independent film as a critic and programmer, producer and director, screenwriter and educator. His writings about cinema, politics, culture, and the intersections between them have appeared in The New Yorker, The New Republic, The Guardian, VICE, The Daily Beast, Variety, N+1, The New Inquiry, Brooklyn Rail, In These Times, Hammer to Nail, and Filmmaker Magazine, where he is a contributing editor.

Harris is the festival programmer at the Indie Memphis Film Festival and a Visiting Assistant Professor at SUNY Purchase. His feature directorial debut, Redlegs, which opened theatrically in 2012 and is available on iTunes, Amazon, and other streaming video platforms through Cinetic FilmBuff, was a New York Times Critics Pick. His memoir Making Rent in Bed-Stuy was released in June by Amistad Books.

Whatever Happens, I’m Having a Good Time: An Interview with David James Poissant