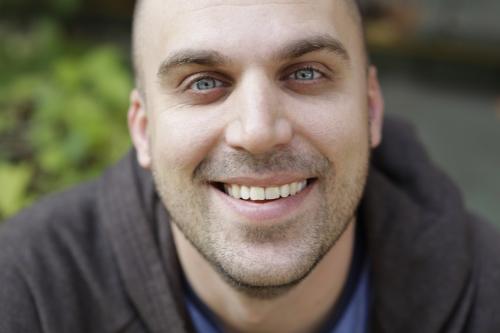 While on tour you collect tour stories. This is, by far, the best one I’ve ever heard.

It comes second hand,  from Ryan Boudinot, the writer whose terrific novel, Blueprints of the Afterlife, came out earlier this year to widespread acclaim. Ryan, in turn, had a friend, who shall remain nameless, who went on book tour several years ago. 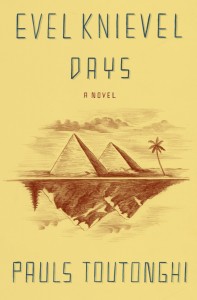 At one of her readings, there was just one man in the audience. This is not unusual, as any writer will attest. Undaunted, our heroine soldiered bravely on, beginning her reading, addressing this gentleman who, upon reflection, was a bit nervous, more so than you’d be at your typical book reading.

Halfway through her talk, the police arrived.

Yes, they were there to take away her lone audience member, in handcuffs. Turns out he was a wanted fugitive.

I’ve had nothing as bad, although I have to say that there have been many more strange, unexpected moments than I could have ever anticipated. In Boise, a man asked me to sign his motorcycle helmet. In Twin Falls, I had a series of shockingly intimate conversations with the middle aged ladies who attended my signing, a signing that took place directly in front of a 50 Shades of Gray display.  I’ve read to 100 people and to 3 people. And I’ve eaten lots of greasy, greasy food.

By far what has impressed me the most are the independent booksellers, who are struggling to protect ideas, and the public marketplace for ideas, against the encroachment of so many different things. Communities that rally around their independent bookstores are terrific. That’s part of why I’m so proud to live in Portland, which supports both Powell’s and Broadway Books, two of the great independents on the West Coast.

But nothing beats the strangeness of what happened, after my most recent reading, at The Cannon Beach Book Company, in Cannon Beach, Oregon. I had just left the store, and was checking my voicemail, standing under the poster of my book cover,  holding my book in my hand. A man came up to me and started a conversation. After a minute or so, it came out that I’d written the book I was holding. 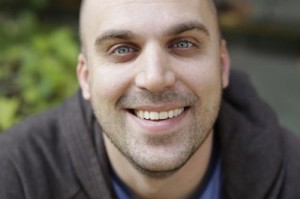 And he did. Through persistence and (possibly drunken) resolve, he took me down the street, to the pizza place, and bought me a large cheese pizza. He paid for it,  and then left before it arrived.

It was, I have to say, delicious.

Pauls Toutonghi’s second novel, Evel Knievel Days, was published by Random House in July. His first — Red Weather – was published in 2006. His work has appeared in Harper’s, The New York Times, Sports Illustrated, Zoetrope: All-Story, One Story Magazine, The Boston Review, Glimmer Train, and numerous other periodicals. He teaches at Lewis and Clark College. You can find his latest essays in both Granta and Tin House.

A Few Considerations of Poetic Drama