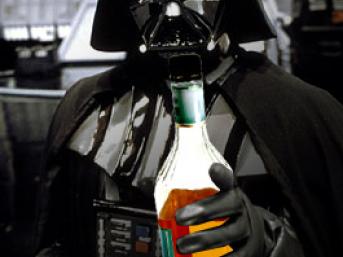 I was in Spokane—promoting The Wilding, reading at the Get Lit Festival—along with several other misfits, among them Jonathan Evison, Jess Walter, Shann Ray Ferch. We ended the night at a bar, where we swam in rivers of whiskey before saying so long, stumbling past the front desk of the hotel and up to our rooms.

I’ve never been a pajama kind of guy. I peeled off my clothes and fell into bed and kept my eyes on the ceiling. It twirled one way, then the other, but if I concentrated I could steady it. No matter the hour, no matter how exhausted I was, I couldn’t sleep. I never can in hotels. 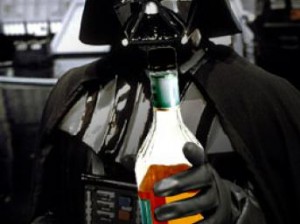 The red numbers on the clock read 1:30 when at my door I heard the electronic lock hum, the handle turn. Someone walked into my room.

My hand slammed the nightstand and seized whatever weapon I could find. I exploded from the bed and slashed the air with what turned out to be the television remote. I then let loose a shout that might have been heard as far away as South Dakota: “I’m going to kill your ass!”

Maybe it was my voice (once described by a friend as drunk Darth Vader, by another as a moaning bison). Maybe it was the television remote that I wielded like a dagger. Or maybe it was my nakedness storming palely toward him. The man ran.

When he pushed open the door and raced into the hall, I could see, in the wedge of light, he wore the uniform of the night clerk.

I checked the door and realized only then: there was no pull chain, no bolt. I looked for something to brace the door with. There was only one chair in the room, on the other side of the bed, and it seemed too much trouble to move. So I shoved a towel against the base of the door. That would stop him, I thought, and then climbed into bed and drifted off to sleep.

The next morning, I clomped downstairs for the breakfast buffet and stopped by the front desk. I told the clerk there what had happened and asked if they ever took naps in empty rooms during their breaks. His face tightened. He said, “No.” He said there was no conceivable reason why the night clerk would have entered my room. He then slid across the counter a $50 gift certificate for the bar and restaurant. When I walked away, he picked up the phone and called the manager at home and whispered harshly.

I wonder what happened to him. I wonder what he wanted. Maybe to cuddle. Or maybe something more. Now, whenever I’m on the road, I always keep the television remote close.

Benjamin Percy is the author of two novels, Red Moon (forthcoming from Grand Central/Hachette in May 2013) and The Wilding, as well as two books of short stories, Refresh, Refresh  and The Language of Elk. He is the writer-in-residence at St. Olaf College, teaches in the low-residency MFA program at Pacific University, and will be joining the 2013 Tin House Writer’s Workshop as a faculty member.

We Might As Well Leave Now, Fanny (An Excerpt from The Joker)

You Should Be Drunk Right Now