Michelle had had her best celebrity sighting yet about one week ago, a life-changing experience. So far, the celebs at the bookstore had been impressive but minor. Alan Quartermaine from General Hospital came in with his boyfriend, oh yes, Michelle was sure, that was his boyfriend, Alan Quatermaine was gay! Michelle couldn’t believe she hadn’t realized that, all those years watching General Hospital in the 80s! She had much more respect for the actor. He played straight so convincingly.

Many shoppers had faces that nagged at Michelle. That was life in L.A. She had seen them, in commercials, speaking a single line on a sitcom, the silent villain in every movie ever, but she could not place them. She stared, but they probably liked that. All actors were narcissists, Kyle told her this. Kyle said that many non-narrcissistic actors were completely talented, but it took a narcissist’s particular and terrible skill set to make it in the industry. Michelle stared at a customer with unruly, black curly hair. She was on the verge from giving up when it came to her: Booger from Revenge of the Nerds! She phoned Joey at home to tell him.

That actor was on Moonlighting, too! He added.

Then Matt Dillon came in. Apparently, Matt Dillon came in all the time. He collected old rockabilly records. Beatrice kept a stack for him in the back room. Michelle had become obsessed with Matt Dillon at a young age, after watching him die in a hail of bullets in Over the Edge, a great 70s movie about disaffected youth shooting guns, having sex in unfinished suburban tract homes and lighting their school on fire. The obsession was stoked when he fucked Kristy McNichol in Little Darlings, and went totally haywire when he embodied all Michelle’s favorite characters in all her favorite S.E. Hinton books: The Outsiders, Tex, Rumble Fish. Michelle was crazed with him in Drugstore Cowboy. Any movie where Matt Dillon got shot was an amazing movie. He was the number one influence upon her sexuality, a bigger influence than queerness itself as everyone Michelle had ever been hot for resembled, in some vague way detectable only to her, Matt Dillon. And now he was in her store. And he wanted to talk to her. He had brought to the counter an ancient rockabilly record and asked her to play it on the turntable in the kiosk.

It looks good, no scratches, I just wanna make sure, he said in that lacksadasical voice, the voice of Dallas Winston in The Outsiders. Michelle’s hands were trembling. She got the record on the turntable without smashing it, though the needle was dropped into the groove a bit sloppily. She turned back to the register. Matt Dillon was leaned into the counter listening to the scratchy record, an old man’s voice and a shaky guitar. It sounded good, it sounded very old and unknown. Matt Dillon liked it. He smiled.

Let me see your tattoos, he commanded Michelle. 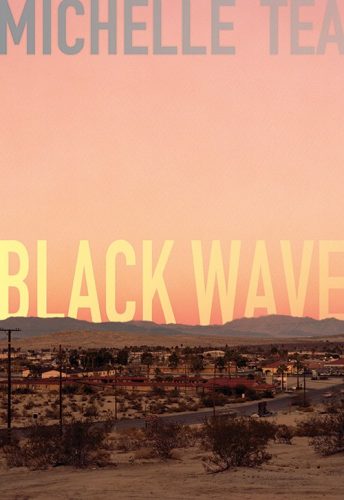 Like all tattooed females, Michelle went through the world dodging the grabby fingers of men who did not know how to look with their eyes, not with their hands. People reached out and stroked Michelle’s arms in ways they would never touch another stranger. The bounds of common courtesy and basic privacy were breached daily. Lemme see your ink, Douchebags would mumble, their hands already wrapped around her forearm. Nice tatt’. Nice ink. Or the grossest, Nice body art. It filled Michelle with rage. But this was Matt Dillon.

Michelle extended her arms and the actor seized them. Matt Dillon’s hands were upon her. He manhandled her limbs, twisting them to get better looks at each piece, flattering them with his attentions, studying even the crappiest among them – the faded word doubt scripted blurry on her wrist, the pokey tattoo a friend had given her with a needle and India ink. He particularly enjoyed the illustration of a young devil child peddling a Big Wheel up her shoulder.

That makes me think of that band, Gay Bikers On Acid, Matt Dillon smiled up at her. You know them? Michelle nodded, mute. Her personality, her thoughts and charisma had shrunk up inside her body like testicles dropped into cold water. Here was Matt Dillon, fondling her tattoos, making small talk, and she could not respond. Gay Bikers on Acid, he repeated. He swallowed, staring at her, his Adam’s apple dancing in his throat. There’s Lesbian Dopeheads on Mopeds, too, you heard of them? Michelle nodded. She had heard of them.

Michelle had the word ‘Lezzie’ tattooed on her shoulder, right above the devil child he’d been admiring. Michelle wanted to disclaim the Lezzie tattoo to Matt Dillon. Or, maybe she should flaunt it. You never knew with a guy. It didn’t matter anyway, Michelle was so unable to converse with Matt Dillon that he eventually dropped her arms and returned to the record bins in search of more obscure rockabilly, leaving Michelle alone at the kiosk to sink into a shame spiral about her clothes. She was wearing a pair of cut-off camouflaged pants for god’s sake, like a man, like a butch. Her t-shirt — armless, thank god — had the Nike swoosh with the directive RIOT above it. She had gotten it at an anarchist book fair. It was impressively punk, expressed an admirable impulse, but was it sexy? No. It was enormous on Michelle. She wore combat boots on her feet, boots she had idly scrawled stars over with a paint pen one night, bored and drunk in Stitch’s room. Her hair was crunchy, and blue. She had given herself bangs during a recent bout of PMS. The only time Michelle felt deep regret at not having a lover with her in her studio apartment was when she gave herself this haircut. A lover would have stopped her. The bangs of course looked awful. Michelle could look forward to the hair poking her in the eyeballs until she gave in and pinned them back like a small dog humiliated with hair accessories.

Michelle was powerfully hungover, as she was every morning, and she had picked her outfit blindly. She wore no makeup. What was she thinking? She lived in Hollywood. The most beautiful people in the entire world lived in Hollywood. People whose good looks commanded millions of dollars, people who then used those millions to become more beautiful still. Michelle had learned a valuable lesson: Do not leave the house unless you look ready to meet Matt Dillon. If she had looked cuter perhaps she would have had the confidence to speak to him. From thereon, each morning would look into the broken full-length mirror, found curbside in the Mission and lugged to Los Angeles. She would stare into its glass and asked herself: Am I ready to meet Matt Dillon? She would took the time to ring her eyes in kohl or stick a pair of earrings through the holes in her lobes, but it hardly mattered. She figured Matt Dillon would never return during one of her shifts. These sorts of things rarely happened twice.

Michelle Tea is the author of five memoirs: The Passionate Mistakes and Intricate Corruption of One Girl in America, Valencia (now a film), The Chelsea Whistle, Rent Girl (illustrated) and How to Grow Up (Penguin/Plume), currently in development with Amazon Studios. Her novels include Mermaid in Chelsea Creek and Girl at the Bottom of the Sea, part of a Young Adult fantasy trilogy published by McSweeneys, and Rose of No Man’s Land.  Forthcoming works include Black Wave Castle on the River Vistula, the final installment of the YA series, and Modern Tarot, a tarot how-to and spell book published by Harper Elixir.