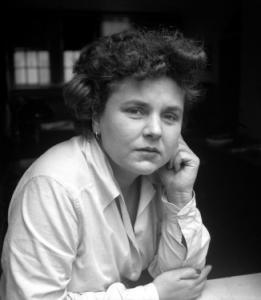 I am writing to you from a small village outside of Vienna. I am here with the artist, Jason Dodge, and others, living the next few days in a castle not far from the Danube river. I’ll be traveling for a month and wanted to keep in touch. It’s been years since I have been lucky enough to fly this far from Portland and now, of course, I want to always being flying this far away…in part so I can come back to you!

On the flight over I was nervous, nervous about the plane crashing in the ice of Greenland or falling into the Atlantic. Instead there was almost no turbulence and I slept and drank water and read magazines and walked up and down the big machine, stretching every few hours. About an hour before landing in Amsterdam, I began thinking about how I would take time to write poems while I moved around from Austria to Italy to Germany to England to France and then England again before coming home. I was walking down the aisle toward my seat (17J) and glanced down at a man sleeping, stretched out over three seats: he had a red Delta/KLM blanket over him, a cloth over his eyes, and a book of Elizabeth Bishop poems held in his arms like a teddy-bear. Poetry at 37,000 feet! Poetry calming a traveler down as he slept, and the plane racing across the world with Bishop’s “Waiting Room” there among it all!

And now, after the long trip here, I find myself sitting at a picnic table in a courtyard with a coffee and time for poems! But! But I am facing a bright green hilly valley covered in trees and mist and farm houses and ruins of old churches, and it’s like sitting in front of an ocean, the ocean being so beautiful and complete that it seems foolish to sit in my head with the waves crashing in front of me! I have always wondered how nature poets could write what they do and if they do so while being faced with nature, or if, like I would have to do, they live with nature but write surrounded by four dull walls, or on a couch with the TV blasting. I’m looking at the early stages of a sunset, the green going on forever and ever, and writing a poem feels like it would be an abandonment of the moment. How weird is that? What’s wrong with me? I might not write anything until I can get into a cheap hotel in London where I know my inner-life will be more willing to crawl out of the strange and wonderfully ugly floorboards of my body.