I’ve long thought of Andrew Ervin as a literary role model. A fantastic reader and writer, Andrew earned his MFA in Fiction a few years before I did at the University of Illinois at Urbana-Champaign. He has since published two books, Extraordinary Renditions (Coffee House Press), and Burning Down George Orwell’s House (Soho Press), along with bringing his inquisitive literary sensibility to book reviews, interviews, and blog posts enlivening the digital literary world.

When I learned about Andrew’s new book project, a history-memoir hybrid titled Bit By Bit: How Video Games Transformed Our World (Basic Books), I was excited to learn that Andrew’s renewed interest in video games parallels my own. In Bit By Bit, Andrew writes, “I don’t remember ever looking down on video games and the people who played them, but as a voracious reader, and eventually a graduate student in fiction writing, I naturally spent far more time with books than with video games…Having been buried nose-first in books for so long, I had missed a fascinating cultural sea change.”

Part reportage and part creative nonfiction, Bit By Bit gently bends genre to tell the story of that change. From Pong to World of Warcraft, Andrew investigates the playful history of video games, engaging literary luminaries like Walter Benjamin to help articulate why this evolving form of expression is so unique. Video games, argues Andrew, can be art—but it’s clear he hopes readers will draw their own conclusions about how this new machine-based medium might transform human creativity.

I was lucky enough to catch up with Andrew over email just before Bit By Bit came out in May, and ask him a few questions.

Natalie Mesnard: I’m excited about Bit by Bit for so many reasons. One is that it’s fresh evidence of a growing canon of video games literature. Not only are video games art; they have made their way into art. Could you talk about this collaboration, and how we can make the most of it as gamers, readers, and creators?

Andrew Ervin: We have been telling interactive stories since we used smoke and shadow to animate the animals we painted on the walls of our caves. Video games represent one current incarnation of the same innate human need for expression. So, sure, the art world and higher education—a combination that the McArthur “genius” grant-winning art critic Dave Hickey calls the “therapeutic institution”—have wisely adopted video games in recent years. Some of our brightest scholars are now studying digital media and interactive storytelling. At the Game Center at NYU, as at many other places, one can now earn an MFA in game design. In 2012, the Smithsonian hosted an exhibition called “The Art of Video Games.” The Museum of Modern Art has added video games to its permanent collection, including popular ones like Pac-Man and Tetris as well as lesser-known titles like vib-ribbon and flOw.

As a novelist and literary critic—and as someone who never considered myself a huge video gamer—I started to wonder what this medium has to teach me about telling stories. I was by no means a total n00b when I started writing Bit by Bit, as my temporary addiction to World of Warcraft would attest, but I certainly had little appreciation for the richness and complexity of the medium. I would never deem to wag my finger at those people who, like me, still prefer reading to gaming, but my personal experience of two years deeply immersed in video game culture certainly enriched my own literary or artistic life in countless ways. Video games are another way of telling and sharing stories, and they allow for every manner of emotional journey. 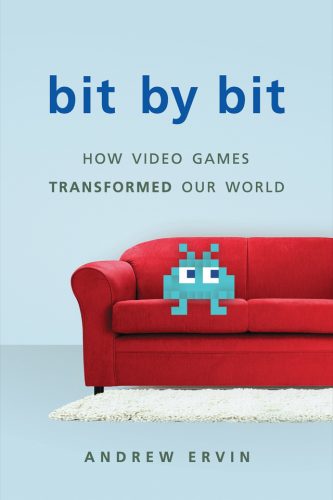 NM: I’m interested in the logic you use to assert video games are art. Art is this wonderfully vague, ambiguous thing, so making the claim x is art typically relies on reconfiguring the definition of art to include x. But is defining art even possible? How do you handle this in the book?

AE: You’re getting at what I think is one of the central themes of Bit by Bit, the question of who gets to decide what art is or isn’t. It’s not up to me or you or the MFA professors or museum curators: it’s a decision made on an individual basis every time we pick up a book or a controller. I’m distrustful of any authorities that want to manage my experience of art or of the world.

Contrary to how it might sometimes appear, there is not a simple art or not-art binary. For example, there are things I find artistic and beautiful about some otherwise awful games. I dislike violent games, for example, and abhor even simulated gun violence (Unfortunately, first-person shooters are the best-selling games and frequently the ones non-gamers associate with the medium.). But even in some bloodthirsty games like DOOM and Goldeneye and to a lesser extent the Halo franchise, I find some ideas that help me better understand my culture. Since I wrote my first book, Extraordinary Renditions, I’ve attempted to point toward the moments of transcendence that are possible in even the most degraded conditions. I find them in some violent games as well, but not very often. There are also many nonviolent and truly astounding—and indeed artistic—games that I enjoy as much as my favorite novels. Those are the sorts of games that make this medium so rewarding.

But I hope you’ll forgive me if I quibble with you a tiny bit: I do not believe that video games are art—not any more than are movies or paintings or novels. Is every painting a work of art? Every book? No way. But I wholeheartedly believe that video games can be art. The games that I came to consider artistic—starting with Adventure on the Atari 2600—are the ones I wrote most about in Bit by Bit. 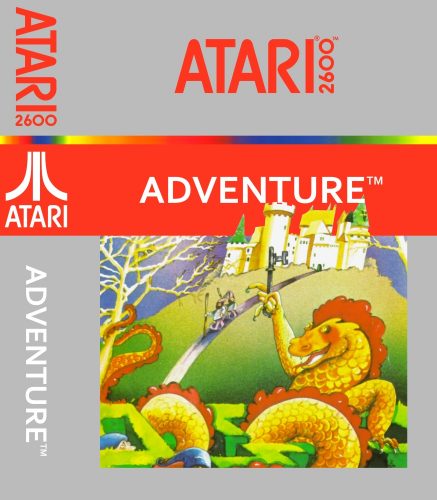 NM: Doing research for Bit By Bit seems like it would be so much fun. What was the most surprising thing you learned?

AE: It was truly a blast, especially getting to interview game developers (like Warren Robinett and Tim Schafer and Brenda Romero), scientists, and scholars. I visited a government lab to play a recreation of Tennis for Two (from 1958) on an analog computer and a coin-op arcade on the Wildwood, New Jersey boardwalk. And, of course, I played so many video games that I burned through my new eyeglass prescription. I’m still trying to shed the pounds I gained after all of those inert hours of screen time.

I should not have been surprised to learn that the invention and historical development of video games is directly traced to the U.S. military and to the military-industrial complex. Given the popularity of first-person shooter games, the connection seems obvious now. The man who invented Tennis for Two had worked at Los Alamos during the Trinity test. Government and Pentagon-funded labs were responsible for games like Spacewar! on the old PDP-1 computer and even Ralph Baer (frequently and inaccurately called the father of video games) had worked for a defense contractor.

In the 1970s, the Atari corporation introduced a little bit of a counter-cultural element to the medium, not that it lasted very long at that company. While the commercial side of gaming has become a global phenomenon at least on par with professional sports and Hollywood movies, there remains a cool and even sometimes politically radical indie game scene. I interviewed a number of those auteurs and every one of them made me feel hopeful about the future of this medium.

NM: Finally, what video game do you think we should drop everything and play right now? Why?

AE: The best thing about video games is the diversity of games and of gamers. There are video games to serve every function, from distraction on the commute to work to epic-length stories that go on for hours and days and weeks. It would be tough for me to tell you or readers of Tin House what games you would enjoy. Yes, I know that’s a complete cop out. I can offer some suggestions based on the different technologies that readers might have on hand. For instance, I keep copies of Passage and Canabalt on my iPhone at all times and as different as they are in expression and ambition they both accomplish everything their respective creators, Jason Rohrer and Adam Saltsman, set out to do. The puzzle game Monument Valley is a permanent fixture on my iPad and almost everyone I show it to becomes as enthralled as I am. The game has some flaws and occasionally disconcerting visual rhetoric, but it’s also exceptionally smart.

For desktop computers, Erin Robinson Swink’s recent game Gravity Ghost contains many pleasures, from the intuitive yet enjoyably challenging interface to the lush musical score and melancholy storyline. I have a love-and-hate relationship with World of Warcraft, but it’s fictional world of Azeroth is certainly worth experiencing if you haven’t done so.

Console players, who tend to be the most devoted gamers out there, are unlikely to accept my advice to entirely ignore the hype that flares up every once in a while about a new game or console model. Two months after its release, it’s still tough to find a Nintendo Switch, but there’s more to video games—far more—than novelty and even nostalgia. The medium moves too quickly. I have no desire to stay current when there’s such a rich backlog of games. I haven’t purchased a Switch and I probably won’t until its replacement arrives in 3-5 years. Although the PlayStation 4 gets all the attention these days, deservedly so, the PS3 masterpieces Journey and Shadow of the Colossus and Brütal Legend, for example, continue to reward multiple playings and replayings.

To try to give you a better answer to your question, above all else I would encourage people to ask their friends what they’re playing. I suspect we all know more gamers than we realize. The best gaming experiences are often those we have with others, whether they’re old friends in the same room or anonymous strangers on the other side of the planet. I’d encourage everyone interested in storytelling to build herself a gaming cave, however modest or elaborate, and to share these new kinds of stories. 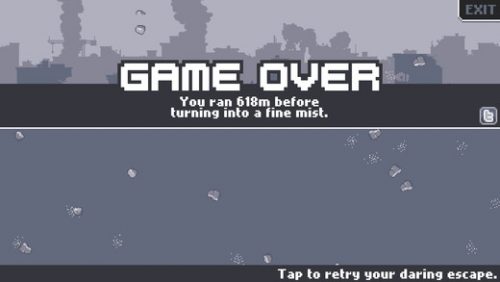 Andrew Ervin is the author of Burning Down George Orwell’s House and Extraordinary Renditions. He has written essays and reviews for the New York Times Book Review, Washington Post, San Francisco Chronicle, Salon, and others. He writes the Geek Reads column for Electric Literature and teaches part time at Temple University, and lives with his wife Elivi Varga in Philadelphia, Pennsylvania.

Natalie Mesnard is Director of Programs & Strategic Communications at CLMP. Her fiction, nonfiction, and poetry appear in such publications as The Gettysburg Review, Kenyon Review Online, Green Mountains Review, and The Journal.

The Slippage: An Interview with Ben Greenman