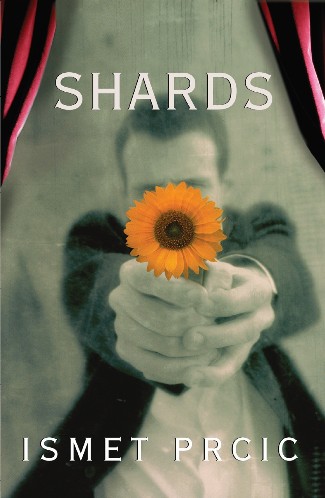 We first had the pleasure of meeting Ramona Ausubel when she attended our Writer’s Workshop in 2010. After receiving a scholarship from us, Ramona has published in The New Yorker, sold both a novel and short story collection, and had a baby. We will gladly take credit for two of the three (not that we aren’t ready to settle down).

Ramona was kind enough to take time from her busy tour schedule ( For those of you lucky enough to call Portland home, Ramona will be reading at Powell’s tomorrow night) to answer a few questions from her longtime friend and colleague, Ramona Ausubel.

Q: Hello!  It’s a pleasure to finally meet you! 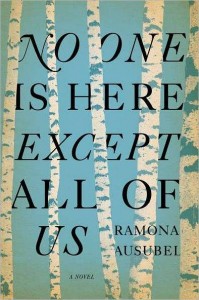 A: I know, I’ve been hearing about you my whole life!

Q: Can you tell me a little bit about your novel, NO ONE IS HERE EXCEPT ALL OF US?

A: In 1939, realizing that they have very little chance of surviving the war, the residents of a small Jewish village decide to start the world over. No history, no past, just nine families on a tiny spit of land. The story follows a young girl as she grows up and has a family, all under the protection—or so it seems—of the safe place the villagers have imagined for themselves.  Soon, the real world begins to encroach, and the girl must figure out how to protect her children in a place she does not recognize or understand.

Q: NO ONE IS HERE EXCEPT ALL OF US is set in Romania. Have you ever been? Was it like that Jonathan Safran Foer novel, Everything Is Illuminated?

A: I have been there, although the borders have changed, and now it’s in southern Ukraine. My husband and I arrived in the same city that Safran-Foer did, and hired a guide.  We were expecting the stereotypical high-waisted jeans Russian guy. Instead, we were picked up by a man with normal pants who spoke perfect English and did not try to feed us constant sausages. He had not read the book, but he had seen the movie and he took some offense. To be fair, there were representative eastern bloc moments.

A: In one tiny village, we stopped to buy some bread and cheese for lunch and the old woman in her kerchief and stooped shoulders added up our bill on an abacus.  We also stayed in more than one hotel bedecked in all, or mostly all, leopard print. And though our guide did not wear those high-waisted jeans, plenty of other guys did.

Q: I’ve heard that some of the novel comes from family stories?  Are the characters based on your relatives?

A: I had heard amazing stories from my grandmother all my life and I really wanted to know those ancestors myself.  Since they were no longer alive, I had to imagine my way to them. The main character is based on my great-grandmother, and even though I never met her, she now feels like a part of my real life.

Q: This being your debut, did you find it difficult to map out the story? How about the revision process?

A: Writing a novel is about one degree away from impossible, or at least that’s how it felt to me. I gave up many times, but eventually (sometimes days, sometimes months, or, in one case,  years later) a tiny door would open up and I’d find a way forward. It took seventeen drafts over eight years to get from a gigantic mess to something coherent. 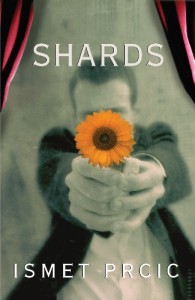 Q: What were some of your favorite debuts from last year?

A: Shards by Ismet Prcic  This novel is about a young man’s escape from the war in Bosnia in the ‘90s, and about the war that stays with him half a world away. The book was written in English—not Prcic’s mother tongue—and it feels like a totally new version of the language. Heartbreaking, beautiful, funny and surprising.

And Yet They Were Happy by Helen Phillips. This novel is made up of connected stories that are exactly 340 words each.  In one story, a couple drives their wedding guests away by laughing too much; another features the factory where virgins are made.  Philips describes working on another novel that she was bored with, having lost touch with her initial inspiration.  She set out on this project in order to lessen the distance between inspiration and creation.  These wild, fantastical fables are gems, every one.

The Little Bride by Anna Solomon. The story of Minna, a Jewish mail-order bride from Odessa who finds herself married to rigidly Orthodox farmer in South Dakota. This is a historical novel in my favorite way—you are transported a long-ago time seamlessly, without noticing any props or sets. Minna is an outsider, and it’s a pleasure to be with her while she grows up in this strange world.

A: You have a Jewish grandmother. Does she worry about you?

Q: She makes a pretty good living worrying about a lot of things. Sometimes I tell her that she should go into business worrying over children, spouses, the climate, the election, etc. for people who are too busy. Like those ladies who will pray for you, only less optimistic. Lately, she has been rolling in it, since I have both a new baby and a book coming out. So much could go wrong! In her last letter she said, “It’s really exhilarating to be nervous over two things at once. Usually I’m not that lucky.”

A: Yes!  That’s exactly how I would have put it.

Q: There’s a lot of cabbage in your novel. How do you feel about cabbage?

A: I feel really good about it. I like stuffed cabbage and sauerkraut (especially the warm kind they serve in Prague with roasted meat and potato dumplings). It’s a very versatile vegetable, plus, as my grandmother notes, it’s underutilized. My grandmother likes to rescue vegetables she feels people don’t understand. I’ve never her seen her eat broccoli.

Separate the cabbage-leaves and remove the large veins. Some leaves will be big enough for two rolls, some for just one.

Fry up the onion and all the veggies in a little olive oil until nice and soft, then add the ground beef. When that’s cooked, season with salt and pepper to taste. Add the tomato paste and the rice and mix (rice will cook in the next step).

Use about ¼ cup of filling for each roll. Put the rolls in a large pot and pour in enough tomato sauce to cover them. Bring to a boil, then reduce heat to low. Allow the rolls to simmer for about 45 minutes. Serve!

Ramona Ausubel is the author of the novel No One is Here Except All of Us, as well as a forthcoming collection of short stories, A Guide to Being Born. Her work has appeared in The New Yorker, One Story, Slice and collected in The Best American Fantasy and online in The Paris Review.

Coast to Coast / Cover to Cover : A Brief Chat with the Designers of the Portland/Brooklyn Issue

You Only Get Letters from Jail – An Interview