“What began it all was the bright bone of a dream I could hardly hold onto.”

I want to steal this sentence. I long to make it my own. It lends itself to theft, those vague pronouns unclaimed. It’s hard to find the precise origins of any story, fiction or not, so why not begin with a dream? Taken from the opening of Michael Ondaatje’s memoir and travelogue Running In the Family, this line follows a half-page of hallucination in prose: a country and a people suffering drought, a mysterious “he” we know hasn’t lived in this country for twenty-five years, and his nightmare of a tree drinking sweat off a body. We come to the second page trying to understand what we just read, in this book we’ve just opened, only to meet this sentence, passively constructed, with vague pronouns—what, it, all—and our narrator, the “he” we just met, begins to explain himself.

A dream is the what that begins this story. The dream is of Ondaatje’s father in Sri Lanka, “surrounded by dogs, all of them screaming and barking into the tropical landscape.” Ondaatje wakes in a hot sweat, weeping, to find himself at the beginnings of another Canadian winter, his mind in one land, his body in another. This bright bone, dream residue, carries over, from mind to land, from the subconscious world to the waking one. Dreams are not made of bones but of spectres, and so they are slippery and ungraspable. hardly hold onto. Yet, this ungraspable dream haunts him and two months later (a paragraph later) we are with the drunk dreamer at his own farewell party on the eve of his journey back to Sri Lanka. To act because of a dream is to believe that the spectres of the subconscious, those things that entertain us in the night, have bodies and origins worth exploring. This is the world we open up to in Running In the Family, where travelogue, anecdotes, poems, oral histories, journal entries, and, also, dreams are worth including in a book, because they are all part of the story. 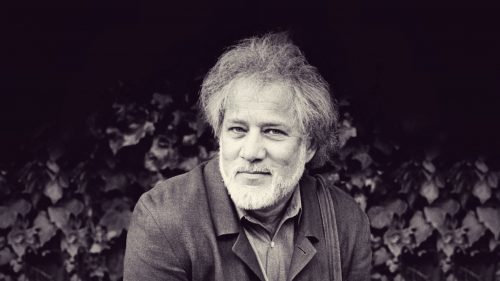 In my early days of teaching creative writing, I found a list online of writing do’s and don’ts for young writers. Among them this: do not write about dreams. I have always believed that if you’ve retold a dream you are a storyteller; you’ve found a way to narrate, shape, and add some coherence to the wisps of memory and subconscious. You’ve had to fill in gaps with fiction and facts of your life. You’ve had to find a way to make a story that is deeply made of you interesting to someone else. Running In the Family was on my mind when I was preparing to teach this class—I had just read it a few months before—and likely because of its hold on me I had been particularly wary of traditional lists and parameters, genre definitions and categorization. And so I did not share the list with the class. I assigned a portion of Running In the Family, the latter pages of the chapter titled “The Passions of Lalla” in which Ondaatje imagines his drunk grandmother floating through Nuwara Eliya in the flood that would eventually drown her: “. . . and then there was the great blue ahead of her, like a sheaf of blue wheat, like a large eye that peered towards her, and she hit it and was dead.” Her death is almost entirely fictionalized by the grandson biographer, with surrealist, nightmarish detail—that “great blue” “like a large eye.” Only in this dream-believing world where fact (“Floods,” he responds when a friend asks how his grandmother died) merges with imagination can Ondaatje create a new kind of believable truth.

Running In the Family is a messy book. Ondaatje doesn’t hold our hand; he doesn’t tell us how many times he’s returned to Sri Lanka, whether this book is a sum of years long research or is in fact just one trip. He drops names of friends and relatives into scenes, without introduction, and suddenly they become part of the story or they tell one. Their stories float, connected to each other but not tethered to one sturdy narrative. Ondaatje remains present with them on the surface, the person asking the questions, the person feeling the heat. He guides us only in the beginning, in those opening pages, when we’re told of how that dream’s bright bones sends him to Sri Lanka to learn more about the family “who stood in [his] memory like a frozen opera,” so that he could “to touch them into words.” He guides the story only in the end after we’ve read about two sets of grandparents, their friends, Sri Lanka in the 20s, the home life of his parents and the stories of his siblings, when he returns to his original inspiration, the subject of his dream, ands asks “. . . why of Shakespeare’s cast of characters do I remain most curious about Edgar?”

I’ve wanted to steal Ondaatje’s opening sentence for nearly six years. I am writing this in Montreal, in the country where Ondaatje currently lives and where he had that dream that prompted his voyage back to Sri Lanka. Coming here, I’m returning to a place that I have been before, with my then-husband, during the winter instead of summer. The city washed out, under layers of ice and fresh snow, us shuffling down the sidewalk to the hotel in the old port, right by the St. Lawrence river where the receptionist rolled the r’s in my husband’s last name, his father’s name, French-Canadian, a name that is of this place. His father who was present for a time in both our lives and then disappeared, though we were not there for him but for us, an us which would soon too disappear. I returned to Montreal not in search of that lost man but on account of that us that disappeared, to be alone in this familiar city. Of my own father—I had given him a copy of Running In the Family some years ago, and along with it, a two page handwritten letter. Maybe I thought he’d feel some sort of fraternity with another South Asian man who had left his home and traveled westward. Or maybe I just wanted to share a piece of myself. He was very moved by this gift he told me this – and yet I know he hasn’t yet read the book. Years later I discovered that there was another copy of the book on the shelf, given to him by a friend, inscribed even and dated 1997, when I was a child and when he was near the same age as I am now. I’m not sure if he had realized he already owned the book when I gifted him that second copy. I’ve never asked.

I’ve loved that sentence because I’ve grown up believing that dreams are messages from beyond. I love that sentence because it feels bold, to declare this romantic inclination about yourself, to start a book with that vulnerable moment, in the middle of the night, shivering and confused from a dream. How do you begin to write about a lost family, something that only matters to you in a way that a dream does, in a way that is compelling to others? Returning to a homeland is one way, linking the decision to turn a consciousness toward an idea by returning to a physical place itself.

Ondaatje does this in his sentences, fusing the physical to the nebulous. “Memory invades the present of those who are old, the way gardens invade houses here” and heat becomes “an animal hugging everybody” and man’s “cantankerous nature” can “[rise] to the surface like sweat.” I’ve brought Ondaatje’s books with me to Montreal and in this way I’ve brought along his way of thinking, the past and its stories welded itself to the landscape of the present. I walk past felled birches (bright bones, I thought) as I work through the dense woods of Mount Royal, climbing toward the top, through a city that is more lush and exposed than the one I first met and I’m both here but also in that winter trip, when this mountain was too icy for us to climb. Ondaatje’s voice is in my ears as I listen to the audiobook of his latest novel, The Cat’s Table, a story about an eleven-year-old boy’s journey by boat from Sri Lanka to England. The Cat’s Table was published nearly thirty years after the publication of Running In the Family, two books an exploration of home, this one about a departure, the other about a return. This novel takes place on a ship and is about a boy in transition. I listen to his sentences as I pause on the landing between the staircases. Ondaatje’s voice is soft, accented. I try to imagine the spelling of the unfamiliar names. The character, Michael, Mynah, has fallen in love with the sister of his childhood friend. I reach the summit and walk up the lane towards Chalet Du Mont Royal, to the bricked courtyard that overlooks the city. There’s a wedding in the distance, a young couple getting married in front of a crowd of tourists, the city behind them. Above us a storm weighs the clouds. In my ears, Ondaatje tells me about Mynah’s dream, a dream about that woman he once loved.

Shuchi Saraswat‘s writing and photographs have appeared or are forthcoming in Ecotone, Quick Fiction, Women’s Review of Books, and Juked. Excerpts of her novel have won her the Gulliver Travel Research Grant from The Speculative Literature Foundation and fellowships and scholarships to Djerassi Resident Artists Program, Writers Omi at Ledig House, The Writers’ Room of Boston, Tin House Summer Writers’ Workshop and Bread Loaf Writers’ Conference. She lives in Boston, and works as a buyer at Brookline Booksmith and as an instructor at GrubStreet.

Art of the Sentence: Hob Broun

The Story of a Bird