“You’re not going to like this, but some years ago, in the family room of the house where I grew up in Lake Success, New York, my mother canceled an unrelenting life by plunging her head through the twenty-six-inch screen of a Motorola color television.”

So begins Hob Broun’s second novel, Inner Tube, and right away you know he’s not playing. Even if you’re not enchanted by grim humor the way I am, there’s a lot to chew on here: the casual, almost offhand, warning “You’re not going to like this, but…,” followed by the screaming irony of locating a suicide scene in a town called “Lake Success.” There is the vagueness of “some years ago” (as if the precise date of the trauma might have slipped the narrator’s mind, or was otherwise unimportant) in contrast to the exact size and brand of the television. What really caught me off-guard, though, the part of the sentence I returned to as soon as I finished reading it, was the expression “cancelled an unrelenting life.” Cancelled—as if the narrator’s mother is giving up a gym membership. I found the phrase unsettling and I couldn’t understand why I was drawn to it. Then I realized Broun’s point: Life is a series of choices that no one else can make for us, including the choice to keep on going. We arrive at our decision by a rubric of our own devising, and we cancel or renew for highly unique reasons.

It’s an incredible way to begin a novel and, for a writer, a daunting one. Having hooked the reader immediately, where do you go next? How do you continue? 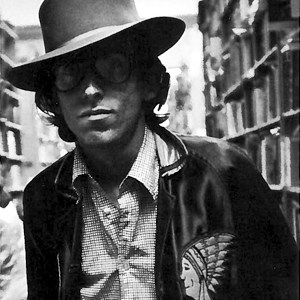 For Broun, how to continue turned out to be more than a question of avoiding a letdown after a strong start. While writing Inner Tube, he underwent surgery to remove a cyst on his spine. During the operation, the doctors found a large tumor. While they were able to save his life, Broun was left paralyzed from the neck down. Yet, he continued to write. Using a sip-and-puff device connected to a Franklin Ace 2000 computer, he was able to produce letters on a screen. There is a cliché about good writers breathing life into their characters; Hob Broun literally did.

In this painstaking way, he managed to finish Inner Tube, and then a collection of stories, Cardinal Numbers, both edited by Gordon Lish. Given the effort required of Broun to accomplish any kind of writing, it would have seemed logical had he traded his sentence-level virtuosity for an attention to plot instead, or narrative structure, or any other element of craft, and delivered stories in workman-like prose. But all it takes is a cursory reading of either book to reach the conclusion that he was almost incapable of writing a boring sentence.

His story “No Smoking” opens thusly: “Joan was having a birthday the way other people have flu.”

Funny, of course, because it’s so unexpected, but just look at how hard that short sentence works at characterization. There are no physical descriptors of Joan and no details about her besides the fact it’s her birthday, but somehow I have a good idea of what she looks like and how she moves through her day. What else could I need to know about her as the story begins?

Where Broun really shines, though, is when his sentences pile up one after another, the momentum of each individual one joining together to form strange, funny, and evocative paragraphs. 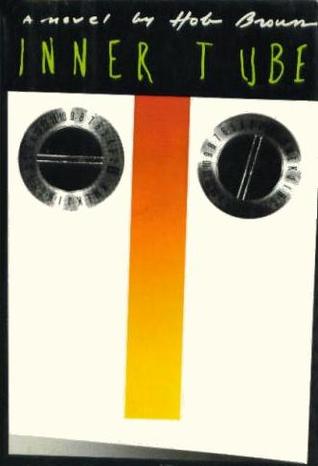 Early in Inner Tube, he writes: “Heidi’s wearing a green leotard to take the waters in. ‘Like a xylophone,’ she says proudly, strumming her ribs. The thing I like best about her is the feel of knotted bones. She goes ahead of me down the path, carrying her strange necessities—magazines, aspirin, jump rope. Her legs are stalks that move smoothly but without give in landing and the musculature in her back surges like a horde of caterpillars on a wall.”

“Mind you, this informative neighbor is a dipsomaniac who claims to have served as adjutant to General Omar Bradley and to have played first base for the Washington Senators. When his check arrives, he rides to the liquor store and back in a taxi. He favors white wine over red because then he can tell when he’s vomiting blood.”

Broun is one of those writers who, when you first discover him, you can’t believe isn’t a literary celebrity, a goddamn legend. It seems ridiculous that his books were all out of print until a couple of years ago. That is until you visualize the alternative and realize he could have never occupied the broad center. His writing moved through dark territory. He resisted popular narratives about hard-won redemption and growth. Inner Tube isn’t the story of a young man grappling, and ultimately coming to terms, with his mother’s suicide. It’s about a guy who moves to a remote desert town and strips himself of all but the most basic components of his personality by watching TV, taking drugs, and interacting with other weirdos and outcasts on the margins of society. And yet Broun’s trick is that this scenario isn’t rendered as hopeless. The energy of his writing refutes his often bleak vision.

A few years back, I saw Gordon Lish give a reading at McNally Jackson Bookstore, in New York. At the time, I was struggling to finish writing a novel and racking up an impressive string of rejections from agents and literary journals. I was trying to project an air of strength through failure, but now I was in my mid-thirties and starting to get the feeling it just wasn’t going to happen for me.

After the reading, I asked Lish to sign my copy of Cardinal Numbers. This was his inscription:

“Aaron, do you have any idea respecting the suffering and resolve of this man? Let it be a lesson to you.”

It would be a stylish ending to this essay to say that his message was what sustained me, what spurred me on—if Broun could produce one letter at a time by blowing into a straw, who was I to complain about my disappointments? It would also be a false ending. I doubt two people forge ahead or call it a day on the same pretext. Besides, how are we expected to catalogue the choices we make when we feel there are no other options? Surely, Hob Broun had good cause to “cancel an unrelenting life,” or at the very least mitigate his pain by not putting himself through the trials of composing fiction. But if the potency of his sentences suggests anything beyond the page, it’s that he found his resolve in the certainty that, for him, not writing wasn’t a choice at all.

Aaron Jacobs’s debut novel, The Abundant Life, will be published on August 1st. It is available for pre-order now. His stories have appeared or are forthcoming in Alaska Quarterly Review, JMWW, The MacGuffin, and elsewhere. He lives in Brooklyn and the Catskills.

Art of the Sentence: Michael Ondaatje