Bookstores are not a dependable resource in the suburbs. When my husband and I moved to Maplewood, New Jersey, nineteen years ago, one of its attractions was a tiny independent store called The Book Stop. It had a long and beloved history in town, but its owner was in her early eighties, and shortly after we arrived she moved out of state to live with her children. A couple of other bookstores followed, each in a space too small to support readings but at least providing a welcome place to browse, buy, and run into other enthusiastic readers.

In 2008, something new happened. Jonah and Ellen Zimiles, a couple who live blocks from my house, bought out the most recent owner and decided to re-open as Words Bookstore in a space three times the size of the old location. Their mission was not originally books so much as the special-needs community. The Zimileses’ younger child, then thirteen, has autism, and Jonah, a former lawyer who had recently gotten his business degree, was looking to create a vocational training program for young people with autism who were aging out of full-time schooling. There were—and still are—very few such programs. The Zimileses particularly wanted to provide opportunities for those with more severe forms of autism. The new store had an extensive basement that was soon turned over to training those between 18 and 21 (and sometimes younger or older) in such tasks as applying store logo stickers to shopping bags and breaking down book boxes. Students are bussed in from area schools a couple of hours a day and remain in training for six months to a year. About 75 young adults have gone through the program since its opening. Higher-functioning students learn to scan in recent purchases and shelve and label books, and the Zimileses have two special needs employees on payroll, one in purchasing and sales, and one who does deliveries and deals with the store’s robust recycling needs. 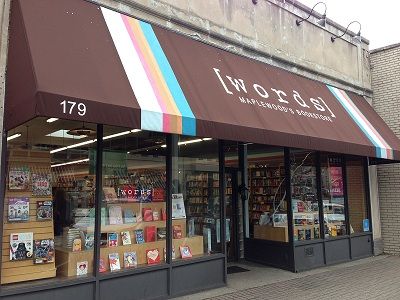 The Zimileses’ involvement in disability issues is also deeply in evidence upstairs, in the retail space. The store, which carries 11,000 titles at any given time, has what Jonah believes to be the largest collection of special-needs books in the country. People come from a distance to check out the offerings, and Jonah is perfectly happy to have them browse and educate themselves without buying. “There are school teachers who can’t afford to buy the books but they can learn from them and bring that back to their schools,” he says. The store also runs a series called Second Sundays in which, once a month, the store sponsors free classes in subjects such as dance, acting, sewing, and karate for those with special needs aged 3 to 21. April of each year has traditionally been given over to autism awareness events such as panels and presentations by prominent experts in the field.

At the same time, the literary culture of the store thrives. Over time, Jonah has built a readings schedule that is astonishing for a store not in an urban center. He brings in about 100 authors a year; among them have been Andrew Solomon, Anne Lamott, Garrison Keillor, Jeff Kinney, and Harlan Coben. In 2013, Words won a nationwide competition to host Kite Runner author Khaled Hosseini by mounting what was voted by Penguin Press and Facebook users to be the best window display for Hosseini’s new novel, And the Mountains Echoed. Over 600 people showed up to hear him; the event had to be moved to our town’s middle school auditorium. When Jonah got wind of David Boies and Ted Olsen’s upcoming book about arguing the Supreme Court case that established marriage equality for gays in the U.S., he knew they would be perfect for Maplewood’s liberal and inclusive community, and he lobbied hard to get on their schedule. He succeeded and they too spoke to a large off-site crowd.

Walking into Words, at the center of Maplewood’s three-block town center, I find what I always seek in a bookstore: space, light, and company. The ceilings are high and the walls are painted in soothing, cheerful colors. There is a large children’s area where kids are always sprawled reading and chatting, and a cozy adjacent alcove where parents read to lap children. Words’s selection of literary fiction and serious nonfiction is deep and excellent. I usually see someone I’ve known for years either browsing or working the register or the aisles. Many of the staffers are local mothers whom I originally met because they were the parents of so-and-so in one of my kids’ kindergarten classes; as our children got older they took on jobs here while I started writing the books that Jonah keeps front and center for months past pub date. Another employee I like to schmooze with is Seamus, who is 26 and gravitates to some of the same kinds of obscure, offbeat books I do. He’s one of the few people I know who has read a favorite of mine, Jane Bowles’s Two Serious Ladies. I learned this because, this past year, Seamus took on Two Serious Ladies as a personal mission. He’d discovered the novel on Words’ shelves and, “blown away by how weird and funny and poignant it is,” decided it deserved far more attention. He made it his staff pick and determined to hand-sell it to as many people as he could. Since last May, he’s moved 135 copies. One day, O magazine’s Books Editor, Leigh Haber, came into the store and Seamus talked her into a copy. Two Serious Ladies ended up in the magazine as one of “16 Books to Start 2016 Right.”

In this age where supposedly no one reads, no matter what time I visit Words I always find it hopping. And it keeps long hours: open seven days a week and until 9 p.m. for over half of the year (with late-evening hours three days a week during the slower months of January through April). The later hours aren’t just about sales; in part they are a public service. Jonah, a big believer in Main Street, says he would keep the store open 24/7 if he could. “It’s important for people to have public spaces to hang out. People who may not have other places to go, or who need somewhere to bring their kids. I think of my son’s life when he’s an adult and would want there to be places like this open for him to visit if he doesn’t have friends and family there for him.”

One of Jonah’s goals is that big national chain stores (think Barnes & Noble but also, say, Walgreen’s) might eventually look to Words as a template for providing employment for special-needs adults on a much larger scale. “I’d like to go to Barnes & Noble and say, `Tell me what you need in your stores, and I’ll change my operations to mimic yours.’ I’d set up my program to train people with special-needs to work there. It could be done. It’s still my hope to do it.”