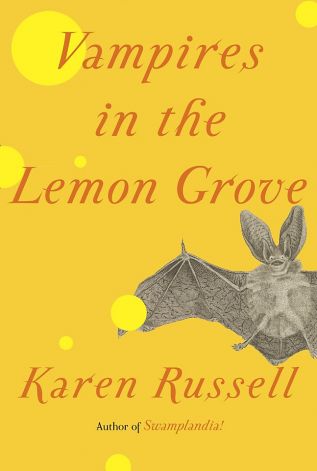 When I first read Lucy Corin’s novel Everyday Psychokillers (FC2 2004) I kept thinking, “Did she really just do that?” Actually, that’s a lie, because the feeling—the thought—was something more subtle, but just as wonder-struck. It had something to do with the fact that the book intersperses chapters about preadolescent girlhood with chapters about ancient Egypt and slave revolts, and that some sections that feel like chapters have titles, and some don’t. It had to do with the girl protagonist narrator having crushes on other girls and women but not needing to call them crushes, or freak out about them. It had to do with a relationship to time that felt rangy but defined, like dust floating in the crisp angle of a sunbeam. I trusted Corin that the container for what she was doing, thinking, writing was there, even if it was often not visible.

And trusting a writer in that way is a relatively rare occurrence. Traditionally realist fiction can make me bristle when I feel as if it’s trying to hard to convince me that reality looks one flattened-out way. And work that’s self-consciously experimental can feel too much like a challenge, a test. But what makes me trust Corin is that she doesn’t privilege one mode of creating stories over another. In her 2007 Tin House collection The Entire Predicament, some stories look like conventionally crafted short fiction, and others look like nothing I’ve seen before. Many are both. A story like “Mice,” if it’s going to be good, is always going to show us that the narrator’s obsession with eradicating the mice from his kitchen is also about some other kind of obsession, but no one else is going to put that narrator on a reindeer in Yakutsk and have us believing, through a narrative mode I can best describe as “confessional film theory,” that the mice are him, and us, and everything. No one else writes a story called “My Favorite Dentist” that funnels all possible longing in the universe into the desire for the specific, stinging clean that only a session with the most unimpeachable dentist can provide—and does it in a second person address, no less.

Corin’s newest collection, One Hundred Apocalypses and Other Apocalypses (McSweeney’s 2013), is as it says: three longer short stories and 100 shorter ones, which are both “about” what we might think of as the conventional, end-of-days-style apocalypse, and also the soft, apocalyptic decays and disappointments we always endlessly suffer. In “Godzilla Versus the Smog Monster,” a 14-year-old boy has, for the first time, discovered something about his father that he can’t make sense of—a video of the titular sci-fi movie in his father’s dresser drawer—and meanwhile, all of California, on the TV news, is burning to embers. Some of the apocalypses look eerily like today: in “Coming to Life,” Circuit City has gone under, and no one has jobs or health insurance. “Recall,” a six-sentence story in which pistachios have been recalled, seems a prescient description of where our food supply is headed: “People gathered in fields to remember the food that fed them and killed them.”

But it would be foolish to simply play “find the apocalypse” with each of these 103 stories. What feels magical, intellectual, and utterly convincing about this book is the idea of apocalypse not as content, but as container—that hazy, strident sunbeam I mentioned above. The container is apocalypse-as-mode-of-thinking-and-writing, as wildly generative paradox: the end of everything means both that nothing is left and anything is possible. I spoke to Corin over Skype to find out what she believes the container of the apocalypse can hold.

Sara Jaffe: Many of the stories in your new book—particularly in the apocalypses—have to do with the body in some way: babies and birth feature in a number of stories, in one short apocalypse “[o]ur mouths swapped spots with our assholes,” in “Time Machine” the guy gets in the time machine, doesn’t know what to do, and ends up jerking off. Bodies bring the possibility of discovery and of trouble. Is there something in your thinking about apocalypse that relates to bodies, specifically?

SJ: Is thinking about bodies like that—and their relationship to “the shape of our culture”—in some way a political gesture for you?

LC: I do think my work is political. It’s not polemical, it’s not prescriptive, it’s political in the sense that the choices of what it witnesses and records are made consciously. I try to own where I’m standing. And I think it’s really interesting that it’s only recently that I’ve had anybody say my work is political. When my first book came out, all of the attention to it was about its aesthetic choices, whether or not it was being formally innovative, and I was like, this book’s about something, you guys. Yeah, my heart is in form, and my heart is in form for a reason. And I’m not just in form to see if I can come up with something that somebody didn’t do. I know that’s foolish. I know that can’t be the point or you might as well just go drown yourself.

SJ: Right, and it’s so easy to hide in conversations that make the assumption that there’s such a thing as pure aesthetics, or pure form, or pure craft that’s devoid of these concerns.

LC: My aesthetic interests are informed by the same thing that informs any writer of ambition, which is to try to put into the world things that they think are missing, and that people aren’t noticing, to say, “Wait a second,” say “Look over there! Look over there!” And that’s a political move, as soon as you’re gong to disrupt somebody’s vision, or steer it in a direction that you think is important. If you’ve got a bowl full of stuff and you want it to be a bowl that you like better, what are you going to put in the bowl?

SJ: To go back to that idea of “owning where you’re standing”—what did that look like in writing the collection of apocalypses, which range pretty widely in terms of point-of-view, and voice, and relationship to character?

LC: I’m always happy and relieved when people say it feels like there are lots of different voices in the book. But my own experience of it is just absolutely rooted in accessing different modes of language that are in my brain. For instance, I can’t look at an apocalypse and be like, the “Time Machine” guy, I know what he looks like. At least I don’t try for that. I don’t try to imagine my characters or my voices as real people walking around in that way. What I try for is a coherence of language—once you have a coherence of language, you have something that feels like character.

LC: People are just made up of different things when they’re written. In the world they’re made of their cells and their smells, but when they’re written they’re made up of words and the associations that cling to the words. So how can you gather the words’ forces to give a human presence, and how can you exploit the things that words are good at, which is different than the stuff that film is good at, which is different from the stuff that a person you meet for the first time in the world is good at.

SJ: And does this way of thinking about character go for the longer work you’ve done as well as for short pieces like the apocalypses?

LC: I think every story has a palette. If I have a short apocalypse that’s just the “I” speaking, it has a palette that’s about that vernacular voice. And that’s not that different from a first-person narrative, which is just that, with more words. And the person gathers fleshiness as you move through different kinds of words. The thing that makes it feel like you’re in some specific-yet-different-from-your-ordinary-experience place, that’s a palette. And when you use that palette, your voice feels like a cooperative endeavor with language instead of trying to stuff yourself into language, or wield language to do your will, or capture it with language, or all these really violent metaphors that we use for writing.

SJ: So how do you create your palette?

LC: I do a lot of notes. A lot of the apocalypses come from finding a sentence or a phrase that I like, sometimes from a failed piece of writing, sometimes from a notebook, and then I try to follow it with things that go with it. Sometimes there will be separate sentences and I’ll try to put them in relation to each other. And the fun thing about working on the apocalypses in this grand collage way, over many, many years, is that I relaxed into letting it take a lot of time. I was going to write a lot of them, at least 100, possibly 200, and after a long period of time I could be like, that thing I wrote four years ago goes with that thing I wrote today—and now we have a story.

Lucy Corin is the author of the short story collection The Entire Predicament (Tin House Books) and the novel Everyday Psychokillers:  A History for Girls (FC2).  The collection One Hundred Apocalypses and Other Apocalypses was just released from McSweeney’s Books.  Her stories have appeared in American Short Fiction, Conjunctions, Ploughshares, Tin House Magazine, New Stories From the South:  The Year’s Best and other places.  She’s been a fellow at Breadloaf and Sewanee, and a resident at Yaddo and the Radar Lab.  She spent last year at the American Academy in Rome as the 2012 John Guare Fellow in Literature.  She now directs the Creative Writing Program at the the University of California, Davis.

Sara Jaffe‘s short fiction has appeared or is upcoming in Fence, NOON, Two Serious Ladies, Fourteen Hills, Paul Revere’s Horse, and more. She is former guitarist for post-punk band Erase Errata and is co-founding editor of New Herring Press, a publisher of prose chapbooks. She lives and teaches in Portland, OR.