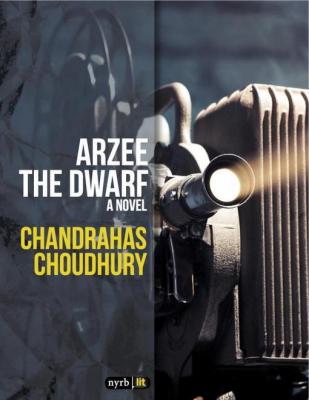 Traditionally Indian prose (in English) crossing the Pacific has tended to be oversized, its scale epic, its topics and styles trending intense. The current swell in the country’s publishing and readership—India is now the world’s third largest book market, and growing–raises the prospect of a more level circulation across these two Anglophone fields, a chance to read books that come without the export tag still attached. 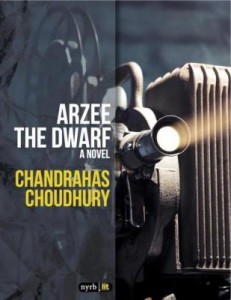 (first published in India in 2009, and appearing this month in the alert new NYRBLit e-book series) doesn’t just have a smaller protagonist. It is intimate, funny, crafty, vernacular, at home in its city, which just happens to be Bombay. The Delhi-based, Cambridge-trained Choudhury, who tracks world literature continuously in a wide range of journals (including WSJ, NYT, Bloomberg, and the brilliant Indian monthly The Caravan) answered the questions below from a month-long residency at Ledig House.

Nataša Durovicová: Your novel has two magnets: its acid-tongued but vulnerably small protagonist, the projectionist Arzee, and then the projection room of Cinema Noor, inhabited by the Babur, the grand, amplifying, projector machine. Where do these two figures come from?

Chandrahas Choudhury: Yes, Arzee is only a shade over three feet tall and he’s often to be seen in the streets of his Bombay neighbourhood, looking somewhat resentfully upwards at the human beings who form “the fives and sixes of the world”. So that’s the viewpoint on which the book is founded. But Arzee also works as a projectionist in one of Bombay’s old cinemas, the Noor. And as you know, the projectionist always works, invisibly, from the highest room in the house, and is in charge of what in the novel is called “the great beam”. So it’s almost as if Arzee has two bodies, and the projection room is a place where Arzee both hides his own stumpy frame from the world and acquires a fantastic power through the grand-illusion making of the Babur. Darkness is something very desirable and very enabling for Arzee, and in turn this allowed me some new ways of working with high and low perspectives, patterns of darkness and light, and sentence structure and punctuation.

ND: Unquestionably Arzee’s most seductive feature is his inner gyroscope, pointing upward throughout the entire series of the young man’s midlife crises. Yet the reader’s comic relief doesn’t come at the expense of the character’s credibility. How did you write, then edit, this Arzee?

CC: It seemed to me vital that the story radiate a double tone of pathos and laughter. Arzee would like to be treated just like any other adult man, but his size always gets in the way of his dealings with the world, and then he finds himself pleading for a special status and demanding the very sympathy he would like to disdain. So there’s a lot of second-guessing and shadow-boxing going on in the book, and the novel’s cast of secondary characters occupy a spectrum of perspectives from those who are sympathetic to Arzee to those who mock him. The narration itself is in the third person, though closely tied to Arzee’s point of view. But there are times when the narrator himself has a joke at Arzee’s expense, as when he (she?) gets bored of hearing Arzee ramble on and on and leaves a blank space in the dialogue, explaining that “there wasn’t anything he was saying that he had not said already”.

ND: You’re also a prolific book reviewer. How do you assemble your reading stacks, and do you do negative reviews?  (What has been your most scathing takedown?) Best read in the last few years?

CC: I owe a lot to book-reviewing, both for the wonderful freedom and serendipity of the the book-reviewer’s life, and also because I stayed afloat just by writing book reviews – sometimes more than sixty a year – for all the years I was writing Arzee the Dwarf.

Of course I do negative reviews – this is not a special class of review, just something that happens sometimes when you review books. There wouldn’t be any point to the trade otherwise. The idea is to hold what you read to a high standard, speak your mind, and lay out your reasons for doing so. I won’t further provoke any of the writers I might have upset in the past by pointing out something unflattering I wrote about their books. But three wonderful books I’ve read in the last few years that came to me as review assignments were Amitav Ghosh’s River of Smoke, Vasily Grossman’s novel Everything Flows and Diana Eck’s massive book about Hinduism and landscape, India: A Sacred Geography.

ND: What are your rules of thumb in editing the Fiction & Poetry section of the smart Delhi-based English-language journal of arts & politics The Caravan?

CC: Well, the magazine is primarily one of narrative nonfiction about Indian and South Asian subjects, a genre in which I’ve done a bit of work myself (such as this essay about the lives of the auto-rickshaw drivers of Bombay). But we also publish a short story and a suite of poems every month, usually by an emerging voice in Indian literature, with a slight bias towards Indian literature in translation. Indian writing in English is what’s best-known around the world, but in truth, Indian literature is so vast and so multilingual – I explain some of the problems of working out the lay of the land in the introduction to my anthology of Indian fiction, India: A Traveler’s Literary Companion – that I feel I can find something every month to challenge our readers. I write little notes for each piece of work we publish in fiction and poetry, explaining why I’ve chosen it, and I find this is one of the most enjoyable things about my life in literature.

Also, I find that I’m lucky because Indian literature today is flourishing at home but is also is very much an international project. For instance, a whole host of wonderful scholars and translators of Indian literature today are American or enjoy tenure at American universities, such as Matt Reeck and Aftab Ahmed (the translators of the Urdu writer Sadat Hasan Manto and several other Urdu writers), Christi Merrill (the Rajasthani writer Vijay Dan Detha) and Daisy Rockwell (the Hindi writer Upendranath Ashk). I’d like the magazine to be a home for some of these energies.

ND: Does a novelist read fiction differently from the general reader? Who are your favourite fiction writers?

CC: Yes, as a fiction writer you’re always analysing what you read, trying to work out how it was put together. It doesn’t mean you don’t enjoy other novels as story and as a unity, but when you come across something really good you feel simultaneously both the religious experience of transcendence and the scientist’s urge to break it down. Reading a good novel always generates inside you a kind of productive envy. There are dozens of novels, and novelists, who’ve influenced my work, but I’d say the fiction writers I read with the most consistent pleasure are Orhan Pamuk, Irene Nemirovsky, Isaac Bashevis Singer, Willa Cather, and – this name may be new to the American readers – the twentieth-century Bengali novelist Bibhutibhushan Bandyopadhyay, a wonderfully lyrical writer and, at his best, a technician whose combined gifts of narrative slyness and empathy for human beings make him almost the equal of Chekhov. You can read a story by him here.

ND: The American edition of your book is part of NYRBLit, a new list of contemporary novels from around the world published by New York Review Books. Anything else on the list you recommend?

CC: It gives me great pleasure to be part of this new list, because all through my twenties I used to read the wonderful books rediscovered and reissued in gorgeous paperback editions by NYRB Classics. Among the other titles on the NYRBLit list, I’d strongly recommend Kiran Nagarkar’s novel Ravan and Eddie, which is also set in Bombay.

ND: You said in an email that clouds, particularly beautiful above Ledig House where you are currently in residence, are key for the novel you are finishing. A climate change plot?

CC: I thought Jonathan Franzen had already worked through all the issues of climate change thoroughly in Freedom. Guess I’ll have to take the weather somewhere else.

Chandrahas Choudhury is an Indian novelist based in New Delhi. Besides Arzee the Dwarf, he is also the editor of the anthology of Indian literature India: A Traveler’s Literary Companion(Whereabouts Press, 2010).

Nataša Durovicová is an editor at the International Writing Program at the University of Iowa, where she publishes  91st Meridian, the program’s online journal, and teaches or co-organizes a variety of contemporary literature courses issuing from the program’s residency.

Being There: An Interview with Robert Stone