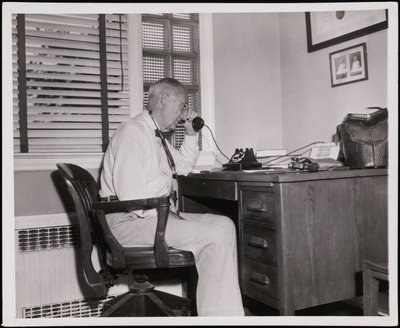 I moved out of my Capitol Hill apartment in 2004. I nudged the gas and watched the mirrors as we threaded the moving truck through alleys and alternate routes. It was Pride Week and the main streets were closed off or packed. We lurched down a steep incline toward the glittering bay. It took something like forty minutes to get off the Hill and onto I-5. Goodbye Seattle,” I said to Kevin.

After the traffic loosened we hurtled along, high up on the road, passing cars, giggling at our size and speed, excited. We were headed to Portland, where everything was supposed to be easier. Where everything seemed built to a more humane scale.

And it was home, sort of. I had never lived in Portland, but my mom grew up in the West Hills, while Kevin had lived in the surrounding suburbs. The city was a gray, reflective epicenter in my childhood, a temperate relief from Idaho’s rough edges. Portland was boutique shopping on NW 23rd, sidewalks full of bruised camellia blossoms, and running through the rain toward my aunt’s tall Victorian house.

We thought it would be easier to find work. Yes, we really thought that, and we wanted it to be true after the harrowing summer of 2003 when, amid the dot-com bust, young college graduates in ill-fitting business clothes had overflowed Seattle’s temp agency offices. We were graduate students that summer just trying to piece together enough work to get us to fall term, but the experience left us feeling insecure about our prospects after graduation. When we moved to Portland, I think we had a thousand dollars between us.

We thought Portland would be less expensive, a better place to be poets with day jobs, like Marianne Moore and Wallace Stevens and William Carlos Williams and Philip Larkin.  We imagined their day jobs—librarian, insurance executive, physician, librarian—as stable, reasonably remunerative, moderately stimulating. But, crucially, not so absorbing that you’d think much about them outside the hours of nine and five. In Portland, we were planning to cash in on our privilege.

Before grad school, I’d worked in an academic lab, and I had an interview at a small biotech company lined up when we got to town. I was shown a depressing cubicle, offered a wage lower than I had once made, and was told that people in the company tend to hang onto their jobs and that “there probably won’t be many opportunities to advance.” That night, with my head flat back against the pillow and my eyes wide open, I said, “I’m not taking it.”

I took it.  “Just until I find something else.”

We rented an apartment, huge by our standards, in a 1920s 4-plex in Northwest.  I got in the habit of getting up very early and sitting in front of our wide front window to write before work. The weather was often clear that winter. After work I’d walk up Thurman Street across a bridge over Forest Park and past one particular house with a wrap-around porch that looked out over the industrial yards to the north. By the time I was walking home, I could see house lights coming on in the Northwest hills.

There was a young couple across the hall who had moved from the Minnesota. She went to work every morning dressed in pretty but impractical suits with three-quarter sleeves, a different one every day. I imagined she worked at a bank. He stayed home and tended to a collection of cactuses. After a few months, we saw them loading a moving truck. They said they were buying a house.

The city was impervious to us; it rejected our MFAs, our out-of-town references, our bourgeois objectives. After months of applications, temporary employment, and volunteering, Kevin got a part-time, un-benefited, minimum wage job at an after school arts program. Just until he found something else.

It would be nice, but untrue, to say the intrinsic joy of writing gave us a redeeming satisfaction, that because we were writing, nothing else mattered. In fact, the unaccustomed scarcity of success in life amplified the inherent scarcity of success in art, and put pressure on the act. We began to feel how much we were sacrificing to keep doing it.

We made few friends and more or less survived on euphoric trips back to Seattle where I felt like myself, where we talked about writing and possibilities with our friends and got drunk in all the places we used to get drunk. In Portland, we were a drag. Every social gathering only reminded of the fundamental supply-and-demand problem we faced here: the oversupply of people like us who moved to Portland without work, accordion enthusiasts and analog photographers wearing handmade jewelry, people like us who felt entitled to an affordable, artsy, and not-too-urban version of the West Coast urban good life. 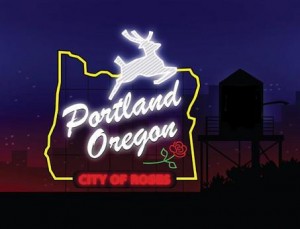 Kevin decided another master’s degree would make the difference and enrolled in an online library science program. To afford the tuition, we had to leave Portland.  We moved into a basement apartment in Kevin’s grandma’s house in Tualatin, a suburb about twenty minutes to the south. I stayed in the habit of getting up very early to write, now under the heavy overhang of the porch, glimpsing the bright green Tualatin River through the trees. A few times we put the canoe in and drifted past the modest cabins and new “estates” off Stafford Road, around bends lined with tall, ragged Doug firs.

During the next years, both of us quit jobs, started new ones, picked up extra work on the side, kept looking for something better, and kept finding “until I can get something better.” On Friday evenings, on long car rides, whenever we had a few hours to ourselves to talk, we’d say that we should just leave Portland, but we couldn’t imagine where we’d go. We always resolved to hang on and told ourselves that a solution was just around the corner. “It’s just taking longer than we thought.”

While we were saving and maneuvering to get some purchase on Portland, the city was changing around us. It gained a national audience with lifestyle write-ups in the New York Times, and everywhere we saw and met newcomers for whom lifestyle seemed to matter most. Things we took for granted– like pinball, old typewriters, riding a bike, growing your own food, canning it, —became identity markers, to be conspicuously consumed.  The city became a palimpsest of Portland and what we would come to know as Portlandia.

At the height of the Portland boom, we bought a small house in the one part of the city we could afford. St John’s, which rests on a peninsula between the Columbia and Willamette rivers, doesn’t feel quite like Portland, although technically it is. We set up a home office, landscaped, made cosmetic improvements, shamelessly watched the neighborhood for signs of gentrification. We added a dog to our two cats; we took her to swim on the long beach at Sauvie Island where the kite-boarders’ striped sails fell and rose over the Columbia.

In the depth of the recession, both of us were working for tiny, intriguing, desperately underfunded nonprofits with their own supply-and-demand problems: demand for their programs barely justified their existence. Kevin compared them to rare ferns that can eke out an existence only on a certain patch of rock.  It was an unrewarding period of time, beset by the feeling of trying to sell both our employers and ourselves to a community that could do without them.

When we talk about cities, we list amenities and think in terms of what’s being offered to us. When I first came to Portland, it was partially because I thought the city would meet my aesthetic and cultural requirements, because I imagined it as a collection of graceful parks and tastefully edited neighborhoods. I would not have guessed that I’d finally feel myself fitting in at a community college on Southeast 82nd, an area of town that marks the eastern boundary between the city and the flat, troubled grid known as “the numbers,” a street of used car lots, prostitution, and miscellaneous seediness. One of my students aptly wrote that the area “reflects a hardship in the nation.” In any case, it’s a place in which neither Portland nor Portlandia has much interest, a place with few amenities and many needs.

My students were also looking for the right thing to do in Portland. They faced the same city I did but usually with a fewer resources, less cultural capital, tougher odds. Some had worked for years but found themselves displaced, without a job, support, or community. Some were new to this country, refugees in the literal sense. Some of the more pragmatic (and unencumbered) planned to leave after graduation. “I’m going to San Diego,” one said recently. “This is such a ‘don’t-get-ahead’ kind of town.” In fluorescent-lit, whiteboard lined rooms, we read, wrote, talked, solved problems, and got to know each other. They tried for scholarships, work-study jobs, and internships; I tried to get better at helping them learn the things that mattered, like how to write sentences, ask good questions, and keep showing up.

By the time our daughter was born in 2011, I had a temporary teaching job that I hoped would become permanent. We brought her home from the hospital on the highway called Sunset, down the hill called Sylvan, with forests rising on either side of us.  I rode in the back seat beside her little body, a nascent life story contained in eight pounds and zero ounces. Something about the ruffled alder trees made me want to tell her everything I knew. We emerged from a white tiled tunnel into Portland, toward hard buildings popping through a layer of green. This, I realized, is the city she’ll be from.

Jessica Johnson’s poems, reviews, and essays have appeared in the Paris Review, Harvard Review, Tin House, and Kenyon Review online. She teaches at Portland Community College and still gets up early to write.

The Search for Granny-dump Mountain