Our cover artist, Pablo Gerardo Camacho, thinks his fascination with snakes may have started with his mother’s phobia of them. He believes beauty is something to be feared and honored and he sees snakes as representations of this sentiment. He says, “All beauty should and must be [treated] with respect and love” or it “could kill you.” 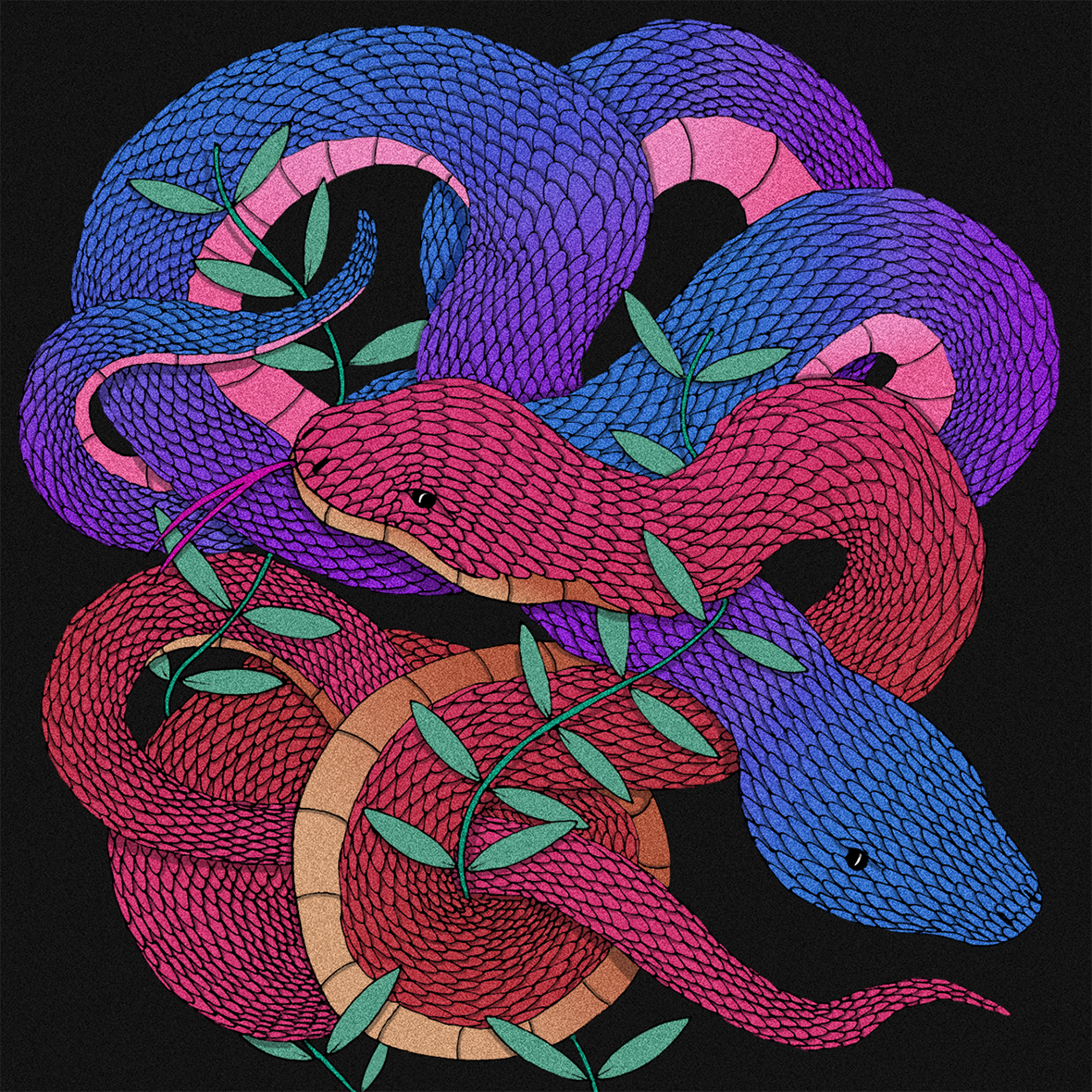 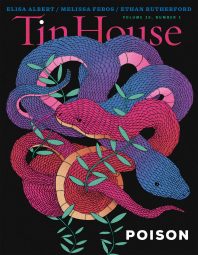 In an interview with Bizarre magazine, Camacho called himself a fauvist, referring to the early twentieth-century art movement in which non-naturalistic colors were used to express mood and whose artists prioritized emotional expression over realism. He has been influenced by classic Japanese film, specifically that of Akira Kurosawa, and anime, such as Akira and Ghost in the Shell, since he was young. He says the work of ukiyo-e master Utagawa Kuniyoshi gave him a strong aesthetic push, which can be seen most clearly in Camacho’s compositions of intertwining figures and serpents. Contemporary inspiration comes from the disturbing surrealism of guro manga artist Shintaro Kago and the technicolor worlds of LA artist Kristen Liu-Wong, both of whom blur the lines between the gorgeous and the grotesque.

Camacho begins most pieces on his computer, making digital collages with found images. He then draws the piece by hand. Finally, he goes back to his computer to apply the color and make any last adjustments. At one point, he was given a square notebook and has stuck with the format. This ratio, paired with Camacho’s tendency to zoom in, often gives his work a claustrophobic feeling, where the viewer is allowed only a small window into the scene.

Born in Venezuela, Camacho is currently based in Bogotá, Colombia, where he is also a graphic designer, with an interest in lettering and typography. You can see more of his work at www.instagram.com/sincuellonitorso.

Written by Tin House designer Jakob Vala, based on an interview with the artist, as translated by Erika Henao.

Ask a Librarian: What’s the Strangest Thing You’ve Found in a Library Book?