Have you heard of C.J. Cherryh? Did your literature professor tell you that reading Grace Paley was of critical importance? Does Gabriela Mistral ever make your TBR list?

Ursula K. Le Guin spent a lifetime advocating for these and countless other women writers who are too often relegated to the periphery of history. Even in one of the last projects she worked on, Conversations on Writing with David Naimon, she set out to expose the “denigration, omission, and exception during a writer’s lifetime [that] are preparations for her disappearance after her death.”

In recent years, women writers have set the internet ablaze—just look at the sheer number of articles, listicles, and reviews focusing on books by women. We seem to be at a turning point in the book world and beyond, but will these books be read in five, ten, twenty years? Will they be remembered for their importance in a socio-political movement? Will they make it into the canon?

As Le Guin said, “Resistance and change often begin in art. Very often in our art—the art of words.” So in her spirit, here are five women writers whom she wanted us to remember and whom we refuse to forget.

“I suggest that people read books like Virginia Woolf’s To The Lighthouse to see what she does by moving mind to mind . . . That’s mastery of craft.” — Ursula K. Le Guin, Conversations on Writing, p. 36 Virginia Woolf was a central figure in London literary society, a pioneer in stream-of-consciousness writing. Despite suffering from depression (which we can only assume was exacerbated by the men in her life who suggested she shut up and garden), Woolf was a central figure in the Bloomsbury Group and founder of the Hogarth Press. In Conversations on Writing, Le Guin notes that although Woolf is included in the literary canon, her work is “very frequently discussed with reference to her gender.” Le Guin doesn’t see this as a celebration of Woolf’s womanhood. Instead, she argues that even when included in the canon, “the woman is the exception to the norm, from which it is excluded.”

“Why hasn’t [C.J. Cherryh] been reprinted? Why isn’t she talked about? There’s something slightly mysterious about this. What is misogyny? A male need to establish a male world?” — Ursula K. Le Guin, Conversations on Writing, p. 31 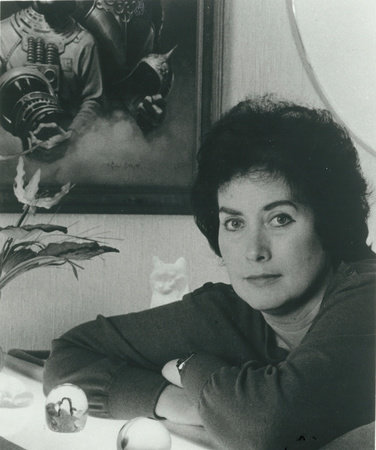 Carolyn Janice Cherry has written more than seventy speculative fiction novels and won three Hugo Awards. Born in 1942, Cherry started writing at the age of ten and never stopped. Her breakthrough came in 1975 with the publication of Gate of Ivrel. Her name appears as C.J. Cherryh because her editor said male science fiction critics wouldn’t take notice if they knew she was a woman. Le Guin wasn’t the only one vexed by Cherryh’s exclusion from the canon. In Conversations on Writing, David Naimon recalls an interview with science fiction writer Jo Walton, who pointed out that while Cherryh was just as successful as Neuromancer author William Gibson, he “is in the canon and there are a lot of people who have never even heard of C.J. Cherryh.”

“Mary Foote was a novelist and short story writer…She wrote a very fine autobiography which was not published during her lifetime. [Wallace Stegner] took it and built his novel Angle of Repose on it, on her book, her life story…I cannot forgive Wallace Stegner, who was very well known…who easily could afford to give credit where credit was due. And he didn’t. I do not forgive.” — Ursula K. Le Guin, Conversations on Writing, p. 123 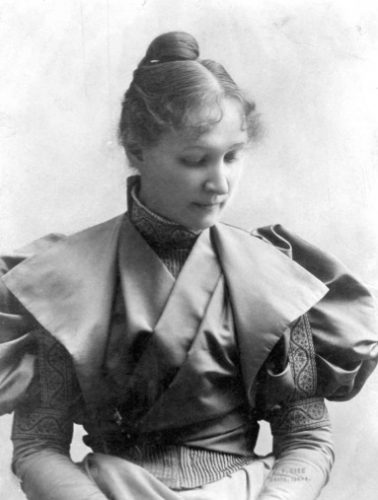 Mary Hallock Foote, born in 1947, was one of New York’s most popular illustrators during her lifetime. She traveled the west, illustrating and writing about her travels and the mines where her husband worked. Her memoir, A Victorian Gentlewoman in the Far West, was published posthumously, and although she was a socialite in her own time, she fell into obscurity after her death.

“I never read anything like Mistral. There isn’t anybody like Mistral, she’s very individual, and it’s an awful shame that Neruda—who is the other Chilean that got the Nobel—gets all the attention. But you know men tend to get the attention and you sort of struggle to keep the women in the eye of the men.” — Ursula K. Le Guin, Conversations on Writing, p. 77 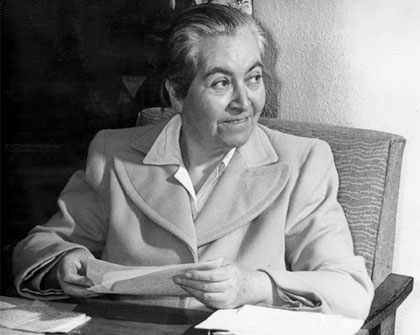 Gabriela Mistral, born in 1889 in Chile, was the first Latin American author to receive a Nobel Prize in Literature. Her poetry turned an unflinching eye on suffering, poverty and Latin American politics. She was a fierce advocate for women’s rights and participated in the Sandinista movement.

“I fear for Grace Paley’s reputation, because it happens so often that a woman writer, very much admired but not bestseller famous, however admired by many critics, just slides out of sight after her death…and the place is filled by a man. Well, no man could possibly fill Grace Paley’s place.” — Ursula K. Le Guin, Conversations on Writing, p. 30 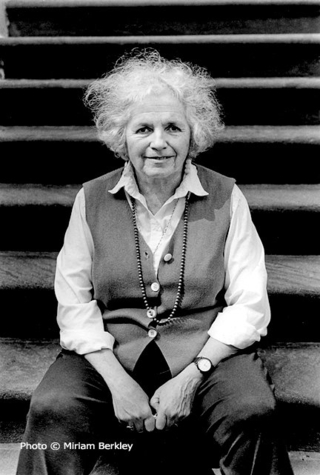 Grace Paley was an activist, writer, teacher, and mother. In a 1976 interview with The Boston Review she said the key to managing so much was “good hard greed.” She won numerous awards for her short stories, including a Guggenheim Fellowship, the Edith Wharton Award and the Fitzgerald Award for Achievement in American Literature.

We are painfully aware that this list is not an exhaustive one. There are countless women who have published profound, enduring literature and are still on the margins. Ursula K. Le Guin has tasked us with reading these women, and in so doing, resisting. Who are the women YOU want everyone to read?