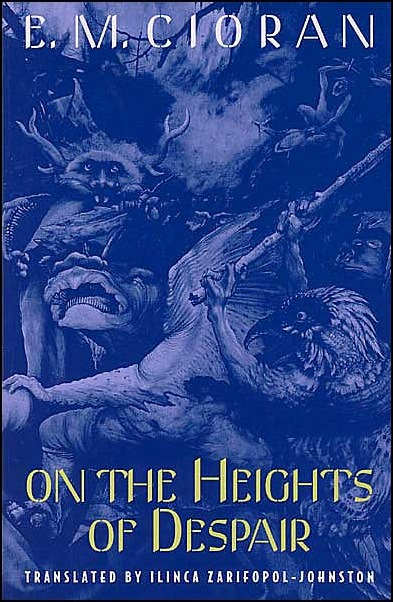 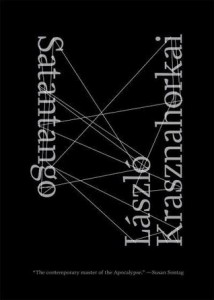 In March of last year, English-language readers were finally presented with Satantango, the first novel by Laszlo Krasznahorkai, the writer Susan Sontag once called “the contemporary Hungarian master of the apocalypse.” The novel, considered a masterpiece in the author’s native country since its original publication in 1985, adds to his work now available in English, revealing in the process one of the most singular oeuvres in contemporary literature. And, though the time between translations of Krasznahorkai’s novels appears to be shortening (New Directions will publish his Seiobo next spring), readers suffering withdrawal from his bleak, absurdist universe have much to explore. Below is a short, non-exhaustive list of writers, all Mittel-European, who share affinities with Krasznahorkai.

The Castle, Franz Kafka
Looming behind Krasznahorkai is the hulking edifice of Kafka’s Castle, a novel perhaps all the more imposing because of its incompleteness. Krasznahorkai shares with Kafka a sense of metaphysical darkness and confusion coupled with a suitably dark sense of humor, rendering a world in which context is at best guesswork. Unanchored, Krasznahorkai’s characters drift through a gloomy landscape that mirrors their own uncertain morality, unable, as Kafka so relentlessly exposed, to make informed decisions—and, as we’ve come to expect, doomed to be punished for what they do not know. 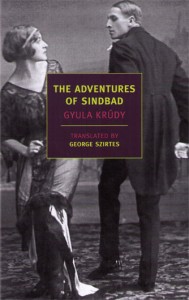 The Adventures of Sindbad, Gyula Krudy
Kafka isn’t the only of Krasznahorkai’s forerunners to have his name turned into an adjective. According to translator George Szirtes, “Krudyesque” is a term that in Hungarian extends beyond a merely literary descriptor to encompass “experience comprised of the nostalgic, the fantastic and the ironic.” Krudy’s Sindbad Stories—collected as The Adventures of Sindbad (NYRB)—take place in a world that will strike readers of Krasznahorkai as familiar, if less unrelentingly bleak. These tales of amorous conquests unfurl mistily, though they ring with an achingly melancholic erotic tension. Modernist, prefiguring “magical realism,” and amoral: the stories are not cautionary in any sense, despite the constant refrain that desire causes nothing but trouble—and leads to a landscape strewn with suicides.(Zoltan Huszarik adapted Krudy’s stories in his 1971 film Szindbad.)

Kornel Esti, Deszo Kosztolanyi
Perhaps one need look no further than Krasznahorkai’s (typically lengthy) praise on the jacket of Kornel Esti to understand the importance of this novel not only to Krasznahorkai, but generations of Hungarian writers:

Kornel Esti is the shadow self we all dream we have, a figure who arises at that moment when we first become aware that making one decision excludes all others. He’s the one who thereafter says ‘yes’ when we say ‘no,’ who lights fires and causes trouble. While the writer—Kosztolanyi and his stand-in narrator—sits at home, Esti is out gathering experiences in a world in which the following logic applies: “If a girl jumps into a well, she loves somebody” (in Bernard Adams’ translation). Like Sindbad before him and like Krasznahorkai’s characters after, Esti is a ravenous scamp, always moving and scheming, even if he has no particular destination or goal in mind. 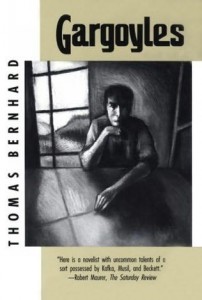 Gargoyles/Three Novellas Thomas Bernhard
George Szirtes famously characterized Krasznahorkai’s prose as a “slow lava flow of narrative, a vast black river of type.” This often earns him comparisons to Samuel Beckett and Thomas Bernhard, the vitriolic Austrian. Beckett’s influence on modern literature is obvious; Bernhard’s less so. And while at the sentence level the comparison between Krasznahorkai and Bernhard is slightly superficial, the two writers do share similar, almost gnostic worldviews.

One gets the impression from reading Bernhard that middle Europe (i.e., the whole world) is full of raving lunatics doing their best to refrain from contact with the idiocy of other people. What in the U.S. we refer to quaintly or claustrophobically, depending on our temperament, as “small town life” is in Bernhard—and Krasznahorkai—a cesspit of malice, intrigue, and decay. His landscapes, like nearly all of those mentioned so far, are strewn with suicides. His narrators are hyper-aware of their own incipient madness and the fine line wavering between sanity and insanity. Despite (or possibly because of) this, Bernhard’s angst-ridden fiction is unsettlingly funny: laughter echoing out of the abyss. This, in the end, might be the best way to characterize Krasznahorkai’s work as well.

E.M. Cioran
The only non-novelist included in the list is the Romanian ex-patriot E.M. Cioran, whose aphorisms are collected in volumes with titles such as On the Heights of Despair, All Gall is Divided, The Trouble with Being Born, and A Short History of Decay. Cioran’s pithiness may stand in contrast to Krasznahorkai’s abhorrence of the full-stop, but the two men share a sensibility and sensitivity that transcends its articulation. A sampling of Cioran’s aphorisms (in Richard Howard’s translations) should suffice to prove the point:

“The proof that man loathes man? Enough to be in a crowd, in order to feel that you side with all the dead planets.”

“He who has not suffered is not a being: at most, a creature.”

“If death were not a kind of solution, the living would certainly have found some means of avoiding it.” 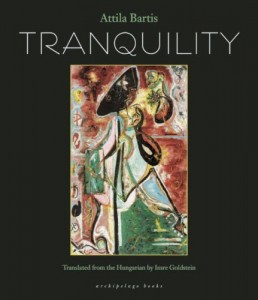 Attila Bartis is a contemporary of Krasznahorkai. His novel Tranquility, published in Hungary in 2001 and in an English translation by Imre Goldstein in 2009 (which won the first Best Translated Book Award), has been called “one of the bleakest books ever,” an assessment that holds even if the novel is compared to the Krasznahorkai’s fiction. Bartis’ novel is an unforgettable portrayal of madness, incest, violence, and that species of hatred that boils over in the cauldron of an Oedipal relationship. It convincingly depicts a world in which “pleasure [is] but ennobled pain,” a scathing allegorical representation of an era scarred by disastrous, inhumane politics. Of the books on this list, it stands the closest to the psychological depths plumbed by Krasznahorkai.

Stephen Sparks is a buyer at Green Apple Books in San Francisco. He blogs at Invisible Stories and co-curates Writers No One Reads.