Some of the earliest advice I received about writing poetry went like this: stop telling stories. One teacher patiently explained that there is simply not room in a poem to explore the lines of cause and effect so central to fiction. Another offered a memorable variation on T. S. Eliot’s words, advising: “Plot is the bone you throw the dog while you go in and rob the house.” 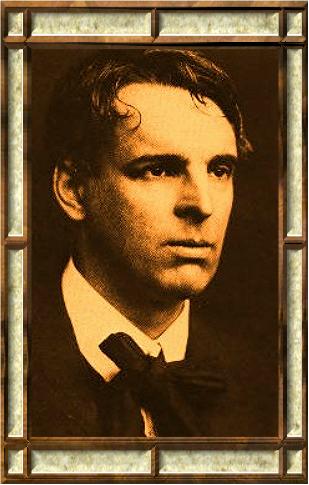 It has taken me a long time to ask: What kinds of stories are poems good at telling? In what kinds of conflicts does the lyric specialize? One might begin to answer this by reaching for the famous quote by William Butler Yeats: “Of our conflicts with others we make rhetoric; of our conflicts with ourselves we make poetry.” I think it is fair to say that poetry tends to specialize in interior dramas, but even if we accept this distinction, how do poems effectively set up the outward occasions of interior conflicts? Poems constantly face the challenge of how to convey a sense of urgency without trespassing into melodrama. How a poem sets the stage matters. In this essay, I want to consider one dramatic setup that has proven particularly useful to poets. Let’s call it the drama of interposition.

Interpose: from the Latin inter, meaning “between,” and the French poser, “to place.” To interpose: to insert between other elements; to place between (in space or time); to come between, either for aid or for troubling. For aid, as in, “the prince interposed and made peace.” For troubling, as in “an interposing thicket blocked their way.” And sometimes both for aid and for troubling.

Traditional storytelling is about obstacles: what the hero must overcome to save the city, to get the girl, et cetera. Poetry is often about obstacles too, though they often take the form of quiet interruptions. Just as a hero advances toward his goal until an enemy gets in his way, the speaker of a poem is often moving toward something—a beloved, perhaps, or an expected destination or outcome—when something else drops in. Emily Dickinson’s famous poem is a ready example:

I heard a Fly buzz—when I died—

The Stillness in the Room

Between the Heaves of Storm—

The Eyes around—had wrung them dry—

And Breaths were gathering firm

For that last Onset—when the King

I willed my Keepsakes—Signed away

What portion of me be

There interposed a Fly—

Between the light—and me—

And then the Windows failed—and then

I could not see to see—

Just when it seems that there is nothing to stand between the speaker and her death, “There interposed a Fly—.”

What makes this a promising drama for a poem? (Granted, Dickinson could make great poetry out of any occasion, but I think it is not an accident that this scenario resulted in one of her most anthologized and best remembered poems.) First, the story line is not an elaborate one: we have an intimate sense of who, where, and when. Dickinson gives away and dispenses with the plot in the first line: “I heard a Fly buzz—when I died—”: that is the whole story. It is a simple story of intrusion.

As to what is being intruded upon—that may be a more complicated matter. To better understand this, let’s compare this death scene to another one that Dickinson describes in a letter to Jane Humphrey in 1852. Dickinson muses: “Bye and bye we’ll be all gone, Jennie, does it seem as if we would? The other day I tried to think how I should look with my eyes shut, and a little white gown on, and a snowdrop on my breast; and I fancied I heard the neighbors stealing in so softly to look down on my face-so-fast asleep-so still- Oh Jennie, will you and I really become like this?”

The still, fast-asleep face, the white gown, the hushed grievers: many of us might imagine our own deaths with hopes of similar tranquility. It is a fairly conventional vision—which may be the reason why Dickinson doubts the veracity of the scene she describes: “will you and I really become like this?”

The speaker of the poem has the same basic idea of how death is supposed to go. Graceful, dignified, the speaker proceeds toward death in an orderly way: she wills away her possessions, surrounds herself with loved ones, and looks toward the light. So it is not simply that the fly interposes itself between the speaker and death; the fly interposes itself between the speaker and her ideas about how death is supposed to unfold. This is the kind of shift that I am proposing is so rich in a lyric: when a speaker is following a given path and its protocols, something is interposed that prompts reseeing and reevaluation. The almost humorously mundane housefly upends the grand trajectory toward an exalted “King.”

If things are interposed for aid or for troubling, the fly in Dickinson’s poem seems a straightforward example of a troubling intrusion. The speaker can no longer continue the experience that she and others thought she was having. And yet, the interposition of the fly moves her away from the inherited and predictable script and gives her a chance to see and hear the experience that she is actually having—which is complicated, “uncertain,” “stumbling.” The actuality of death is a diminishment; the dead speaker does not report on an afterlife of any kind, and the fly is the only candidate for “King” that appears. Nevertheless, the buzz has its own kind of power; it is the last thing that lets the speaker know she is still a part of the living world, even as the fly is a visceral reminder of her death (as others have pointed out, flies are attracted to carrion). The fly simultaneously separates the speaker from and connects her with death. In this way, the ordinary fly becomes the occasion of a moment that is extraordinary in its own right: nothing in the world of the poem is so vivid with movement, color, and sound as the “Blue—uncertain stumbling Buzz.” Sound is described as color; the speaker may not be able to “see to see” in her last moment, but the fly allows her to “hear to see.” The synesthesia emphasizes the complication and richness of this suspended moment. The fly interposes both for aid and for troubling—or perhaps, more accurately, it aids through troubling.

Think of the number of poems that feature speakers who are, as the expression goes, “stopped in their tracks.” “The Moose,” considered by some to be Elizabeth Bishop’s greatest poem, is told from the point of view of a passenger on a bus that is forced to a stop by the tall moose that “looms” in the middle of the road. Standing between the passengers “from narrow provinces / of fish and bread and tea” and their unnamed destination, the moose, “grand, otherworldly,” demands their and our attention. The passengers suddenly feel (“[they] all feel”) something they haven’t felt before on this journey. Similarly, William Stafford’s best known poem, “Traveling Through the Dark,” unfolds the drama of a speaker who must stop his car when he encounters a large animal on the road—a dead deer; however, it is not the deer that turns out to be the interposing object. The unsentimental speaker knows exactly what to do: clear the “heap” so that he and others can pass safely. What stops him—if only momentarily—is the living fetus inside the dead mother. It is this interposed surprise of the fawn, “alive, still, never to be born,” that startles the speaker out of the “automatic pilot” response with which he began, startles him into hard thinking, startles him into feeling. An even more famous example is Robert Frost’s “Stopping by Woods on a Snowy Evening.” Many might overlook the dark woods when passing by them, but they bring Frost’s speaker to a full stop. He interrupts his journey, delays his promises, for a loveliness both “dark and deep,” and the poem creates that space for us, too.

I believe it is not an accident that so many of the poems I have pointed to are well known to most of us. This kind of dramatic occasion, in which something is interposed between the speaker and his or her destination or desire, seems extraordinarily well suited to poetry. The drama can be staged succinctly: a time, a place, a speaker directed toward something when something else gets in the way that provokes an unexpected response.

Please note that I have included no example of a speaker on a stroll who stops to appreciate a particularly striking flower or sunset. None of these speakers sets out with that kind of receptivity; what is interposed is not the thing that the speaker hoped to find. This is key to why these poems are so compelling. Most of us rarely have the quiet and leisure to seek out subjects of contemplation; what hits us where we live is the sense of being in motion, with volition and will, intention and desire, with goals and tasks and “miles to go”—when, unexpectedly, something stops us. 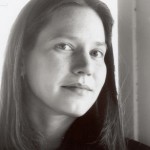 Mary Szybist‘s  first collection of poetry, Granted (2003), was a finalist for the National Book Critics Circle Award, and in 2009, she won a Witter Bynner Fellowship. Szybist is also the recipient of an Academy of American Poets Prize, a Rona Jaffe Foundation Writers’ Award, and a fellowship from the National Endowment for the Arts. She is an associate professor of English at Lewis & Clark in Portland, Oregon.