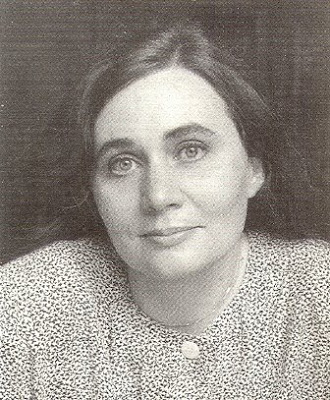 If the genius of Marilynne Robinson’s fiction is the central pillar of her popular image, its scarcity is an essential trestle. After publishing her landmark first novel Housekeeping in 1980, Robinson went 24 years without publishing a book of fiction. In that time, she penned two essay collections and the nonfiction book Mother Country: Britain, the Welfare State, and Nuclear Pollution, but just one short story. That story, “Connie Bronson,” was published in The Paris Review in 1986, and of it, Robinson told that magazine in 1998:

“I wrote that story in college. I had a sort of fondness for it because it seemed to me to anticipate Housekeeping, though I had written it more than a decade earlier.  So when The Paris Review asked me for something, I sent it off.  I am actually interested by the fact that I never feel any impulse to write a short story. It is such an attractive form. “Connie Bronson” has for me now the interest and charm of anyone’s juvenilia—that is, almost none at all.

On first reading, it’s easy to see why Robinson dismisses the “juvenilia” of “Connie Bronson”. The story shows Robinson’s loping, associative prose starting to blossom, but it’s a moody number that, compared with the uneasy ambiguities that characterize the author’s fully matured work, stays in the shallows.

The story follows its grade school protagonist and her neighbor, the titular Connie, social misfit with “brain fever” who meets the sundry cruelties of the world with a “hatred as intense” as any a jeering classmate might show her. The two girls spend their days playing by the river that runs near their homes, and Connie develops the troubling habit of catching small critters and roasting them alive over a fire she builds. The narrator’s growing unease with Connie’s budding sadism comes to a head when, in pursuit of a perch or trout to roast, Connie holds her over the railing of the bridge, fearfully peering into the river in which careless children die every year.

‪Though the story bears traces of its collegiate inception, “Connie Bronson” is no standard undergrad composition. The characters are sharply drawn and memorable, the sentences tumble downhill with uncommon clarity. And of course there are similarities between the narrator of “Connie Bronson” and Ruth in Housekeeping; both are staid, reflective women relying on a sort of floating retrospective. But what makes “Connie Bronson” significant, the way in which it truly “anticipates” Robinson’s masterpiece, is the emergence of a symbol that appears again and again in the author’s most significant scenes.

Housekeeping finds the narrator Ruth and her sister Lucille in the fictional Fingerbone, Idaho being transferred from the care of one relative after another after their mothers’ suicide. Readers may remember the novel as beginning with Ruth and Lucille’s mother depositing them with their grandmother shortly before her suicide—this reader did—but it actually begins with an extended family backstory that introduces us to the most important figure in the family’s life—Fingerbone’s lake:

“It is true that one is always aware of the lake in Fingerbone, or the deeps of the lake, the lightless, airless waters below.  When the ground is plowed in the spring, cut and laid open, what exhales from the furrows but the same, sharp, watery smell. The wind is watery, and all the pumps and creeks and ditches smell of water unalloyed by any other element….And above that the water suspended in sunlight, sharp as an animal, which brims inside this circle of mountains.” 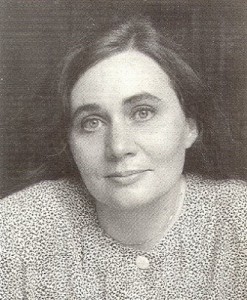 It is into this lake that the train carrying Ruth’s grandfather slides, widowing her grandmother, and into this lake that Ruth’s mother drives, orphaning Ruth and her sister. This is why one is always aware of the lake, or the deeps of the lake in Fingerbone. Whereas in Robinson’s later novel Gilead water will be treated with the more traditional set of spiritual connotations—baptism, formlessness, mutability—here water becomes a mysterious depth of loss that permeates the very air of Fingerbone.

“Connie Bronson” gives a similar, but less specific, power to the water coursing through its narrative. Before being forced out over the river by Connie, the narrator is intrigued by the river: “…the river often suggested dreams to me. But my dreams and imaginings always ended at the same place, with my having come to the river but only standing beside it or looking down on it from the bridge.” This narrator is a sheltered one, fascinated by the lethal river but a stranger to the depth Ruth knows so intimately. When, in the story’s climax, Connie pins the narrator to the railing of the bridge and forces her to stare into the water, she forces the speaker to see herself in the water.

For the speaker of “Connie Bronson,” water represents the danger of losing herself in the current; for Ruth of Housekeeping, losing oneself to the depths seems a biographical inevitability. For both young women, bridges loom large. The bridge in “Connie Bronson” though significant, operates on a fairly direct level. But in Housekeeping, the railroad bridge out of Fingerbone is both part of and above the lake, and the climactic, dangerous crossing Ruth undertakes marks the novel’s uneasy catharsis.

By the end of Housekeeping, Ruth’s younger sister Lucille has become estranged from Ruth and Sylvie, the wayfaring aunt who comes to care for the girls. In a decisive moment, Ruth and Sylvie attempt to set fire to their family home and cross the railroad bridge over the lake, away from the prying residents and atmospheric grief of Fingerbone. The journey is dangerous, the two walking precariously over the lake that has already claimed two of their loved ones.

As Ruth becomes aware of the lake through the gaps in the bridge, she is filled first with dread, then a sort of ecstasy: “to be suddenly above the water was a giddy thing, an elation,” as she risks plunging into the lake even as she makes her escape from its atmospheric presence. As she continues across the bridge, she begins to feel the lake’s currents under her feet, and thinks of her mother’s erratic moods: “It was as if she righted herself continually against some current that never ceased to pull. She swayed continuously, like a thing in the water, and it was graceful, a slow dance, a sad and heady dance.” Walking across the bridge, Ruth feels the lake, and in the lake, her mother.

In walking across the bridge in the lake, Ruth feels her mother—and the loss of her mother—as clearly as she does at any point in the novel. In escaping Fingerbone and its lake she has her deepest communion with it, and joins her mother in the realm of the departed. She leaves Fingerbone, and simultaneously ascends into its ethereal mourning.

Perhaps, then, when Robinson said that “Connie Bronson” anticipates Housekeeping, she was alluding to having stumbled into a voice—that wry, detached female retrospective that becomes so powerful in the novel. But perhaps she understood that “Connie Bronson,” though just a small foreshadowing of the symbolic mastery the author would later show, gestures toward the most devastating and illuminating moment of the later work: a young girl, confronting the water from the uneasy safety of a bridge, terrified and remade by the current beneath.

Danny Nowell is a blogger and writer living in Portland. His writing about the NBA appears at ESPN TrueHoop Network blogs, Portland Roundball Society, and HoopSpeak, and he reviews books for The Oxford American online. What he lacks in finesse he makes up for in zeal.