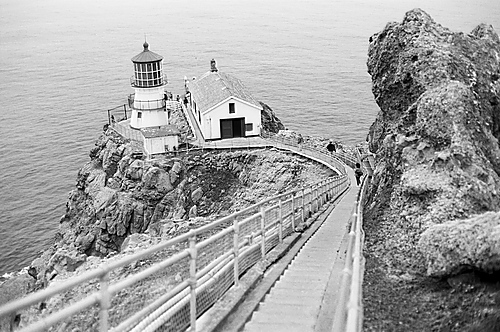 “… For Mallarmé the perfect book is one whose pages have not been cut, their mystery forever preserved, like a folded bird’s wing, or a fan never opened.” – Maggie Nelson, Bluets

I have not read one of my favorite books.

I’ve lied about it for years and although I no longer remember the circumstances that led to the initial transgression (a woman was involved, I’m sure), the repercussions have lasted until this moment and, if I can help it, will continue beyond it.

Bookselling can sometimes feel like a vocation designed to humble a novice’s book-devouring aspirations through a series of cruel back-straining tasks. I’ve been a bookseller for a dozen years and during that time have, not without resistance, come to accept that I will not read everything. Before I started down this narrow-aisled, dusty path, though, I lied about books. I lied to impress: girls, professors, rivals, friends. I lied to myself, even, employing subtle arguments to convince myself that the difference between a person who would cry after Anna throws herself under the oncoming train and a person who did cry while reading the passage was negligible. A person as full of existential angst as I was at twenty-two did not actually have to read Being and Nothingness; I was living it, with a less technical vocabulary. 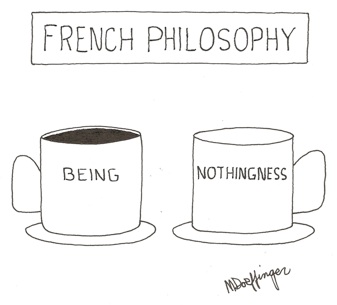 Although I have grown comfortable enough with my limitations as a reader since those early embarrassments and anxieties, I think the fictions I fashioned for myself, about myself, were valuable: they provided the first intimations of the unfathomable gulf between the actual and ideal reader.

I am confronted with this gulf when I’m forced to talk about the book I continue to lie about.

I’ve owned it for years (It’s a novel). It’s traveled across the country with me a handful of times, meaning it’s always made the cut of books deemed too important to be trusted with the Postal Service or to be abandoned to basements or attics. Intent on starting, re-starting and later starting again with a fresh approach, I’ve cracked the book open several times—less often as the years pass, it’s true, but always with the intention of finally getting around to it (As if I were biding time until I picked it up). The reasons I haven’t read it have nothing to do with difficulty or lack of interest: if anything, my curiosity about the book has grown over time, as has a parallel certainty that it’s a book that will speak to me.

I can catalog the places I’ve attempted to read it: on an ancient, sagging beach chair, aromatic with the smell of sunscreen and splintered along the armrests; on a hand-me-down papasan—on which, of course, it was impossible to feel anything other than precariously perched—during the small hours of a restless snowy night, orange streetlight glow filtering through the curtain; in a hotel room in London, where I’d smuggled the book in amongst my new acquisitions. (Because that’s why one travels to London: to visit every bookshop.) There is a crease along the spine, almost undetectable, a small marginal note now lost in the middle or last third of the book: I felt compelled to make my presence felt, to desacralize an unknown page like a tomb robber carving his initials in the inner chamber. A mark as if to say: I was here. Without turning from my desk to take the book from the shelf behind me, I can conjure its heft, the way it feels resting in my hands, framed by thumbs and fingers. (I take great sensual pleasure in walking with a book in my hand.)

When I pick up the book—and I do, I do— I can, ten years on, detect a faint scent of cedar, a lingering reminder of the months I locked the book in a chest, hoping to later find it anew. I’m more inclined now to notice physical details, yellowing pages or a corner worn smooth by time, than the words contained between the book’s covers. We’re growing old together, the pair of us, ever-mysterious and unknown to each other.

Given this intimacy, it may not come as a surprise that despite my not-having-read-the-book, I nevertheless recommend it, based on… not false pretenses exactly, but a feeling that this book, the one I haven’t read but feel a deep affinity for regardless, deserves to be read—by others. For what it’s worth, I’ve always circled around an outright lie: I talk about how much the book means to me or allude to its importance. I can do so without the sweaty palms or hedging of an untrustworthy witness because I do in fact love the book. It has assumed great meaning for me. Given its special place in my reading—or rather non-reading—history, I cherish it more than many of the books I’ve read. 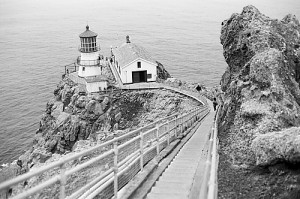 When I occasionally suffer pangs of guilt and worry that I’m making fraudulent claims or deceiving people who put their trust in my taste, not to speak of my sense of honor, I remind myself that there are innumerable things I love without fully understanding that I’m nevertheless excited to recommend: one doesn’t need to understand the mechanics of flight or the origin of nebulae to recommend looking up. The Hungarian language is incomprehensible to me, but I will nevertheless ask for silence when Laszlo Krasznahorkai reads from his work. I don’t fully grasp the convolutions of natural selection, but am thrilled that it’s resulted in gray whales migrating past Point Reyes. And that geology, another thing I only understand the contours of, has made Point Reyes possible.

It would seem that a book, being a human artifact, belongs to a different species of object than any of the above. A book is for reading, after all; that’s its agreed-upon function. Yet does the fact that we can read a book limit it to that exclusive use? I hope not. I think it’s possible to love the idea of a book or its title (how many great titles have been wasted on mediocre books) or the way it feels in your hands or looks on your shelf or smells or the memories it evokes or the possibilities it contains. Many of us own books that we treasure solely as objects or talismans, whether due to any abovementioned reasons or for more sentimental ones. I think it’s possible that the feeling we have for a book, based on affinity, memory, or potential, is sufficient to serve as the only justification necessary for our enthusiasm. I might even argue, with Mallarmé, that the ideal book is one that we never open, since an unopened book contains our dreams, whereas an open book contains someone else’s.

Stephen Sparks (@rs_sparks) is a buyer at Green Apple Books in San Francisco. He blogs at Invisible Stories and is an editor at Writers No One Reads.

The Search for Granny-dump Mountain