“I could see children and men and gardens in my hands.”—Lucia Berlin

Call me impatient, call me lazy, but I’m tired of reading backstory. I want the frontstory—if I may—to do the narrative work. Info-dump is, I think, the best way to make a story go cold, which is why I so often turn to authors who pen extra-short short stories; not flash fiction, necessarily, but fully-realized five-pagers that crackle with life played out almost entirely in the present action. Think Denis Johnson à la Jesus’ Son. Think Lucia Berlin.

In Berlin’s “Angel’s Laundromat,” for example, the narrator sits in a plastic chair as her laundry tumbles through a public washing machine. She notices a man in the mirror—also sitting in the Laundromat—studying her hands. Suddenly she sees herself anew, and Berlin lets us in on her striking double-consciousness: “I could see children and men and gardens in my hands.” This spare and circuitous self-characterization is the lifeblood of the story. Without plunging into flashback or extraneous anecdote, Berlin brings to the surface her protagonist’s personal history, and she does so in a way that is recognizably human and complex. Not only do we learn that this woman has children, has had many lovers, has tended a lifetime’s worth of flowers, but we also begin to understand something of her psychological process—this is a highly attentive character who uses small details to build a greater mosaic of self-understanding. We might even intuit a touch of neurosis, a hypersensitivity to ordinary existence. Her hands’ supposed scars and wrinkles and blemishes come to her—and to us—laden with meaning. They signify. 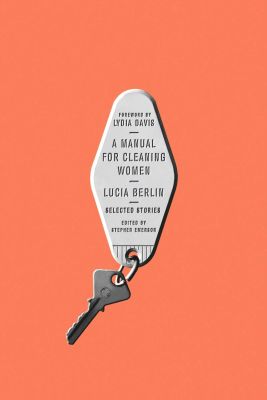 Of course, this sentence presents a conundrum when considering the classic creative writing mantra show don’t tell. Is Berlin showing or telling? In one sense, she’s merely telling. Without actually setting anything in motion, she gives the reader a little factsheet: now we know a few things about this character’s love and home life, her status as a mother. We don’t see a teething baby biting her hand. We don’t see her cracking knuckles as she stays up late awaiting some unruly lover. We don’t see her toiling in a thorny garden. Instead, we see her—at most—staring at her hands and rather abstractly plunging into a process of existential metonymy.

And yet, the line is so evocative that it does, in fact, show us these things. Maybe we don’t tangibly see—watch—Berlin’s protagonist crouching in a garden, but we certainly feel the action’s lurking history. The power lies in the syntax; “I could see children and men and gardens in my hands.” Could see. The word choice is purposely at once distant and close. Here is the notion of ability, the idea that memory is there for perusal if only the protagonist wants to indulge it. Her backstory, then, is available for inspection even if it doesn’t necessarily invade the present moment in the form of a secondary scene. If, on the other hand, the protagonist uttered that she saw these things in her hands, Berlin’s choice not to launch into flashback would feel deceptive because we, as readers, would be set at a remove. This would be telling not showing, the character ultimately surveying a hidden and inaccessible world. Instead, Berlin weaves this backstory—that entire mysterious life—into the fabric of the present. She is simultaneously precise and approximate, and the details of the protagonist’s life come to the forefront of the present action without taking any historical detours.

Still, to some this might seem a throwaway line. The story, after all, focuses primarily on the man doing the staring. From the very first sentence, the narrator tersely and fragmentarily directs us toward the story’s alleged subject: “A tall old Indian in faded Levi’s and a fine Zuni belt.” We are thereby encouraged to fixate on him. But it’s really her—the narrator’s—presence that commands the story, and she expands in the peripheries until, finally, she easily dismisses the man at the end by saying, “I can’t remember when it was that I realized I never did see that old Indian again.” We’re left to realize that we’ve tracked the wrong character. And the only thing left to do is look back down at our narrator’s hands and recognize that they hold the real story.

Taylor Lannamann holds an MFA in fiction from The New School. His writing has appeared or is forthcoming in The Literary Review and The Paris Review Daily. He is currently at work on a novel.